Founder George Zimmer has been the company's spokesman for more than 25 years and guarantees customers will like the way they look. 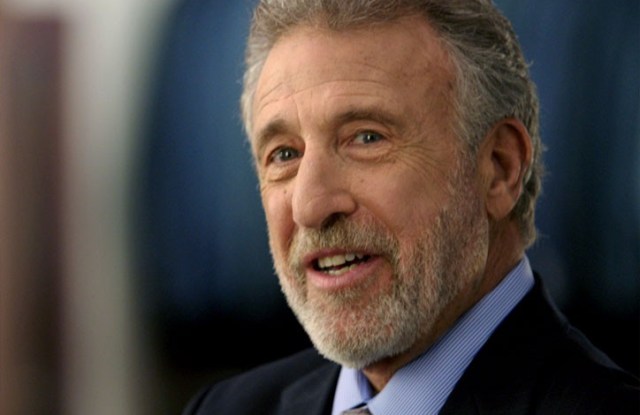 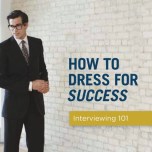 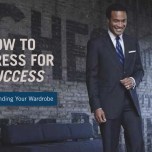 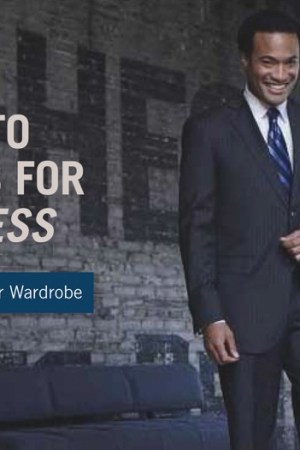 One out of every five suits in the U.S. is bought at a Men’s Wearhouse store.

FREMONT, Calif. — The Men’s Wearhouse tag line could very easily have been: “That’s the fact, Jack.”

It was that line from the Bill Murray movie “Stripes” that George Zimmer had intended to use when he filmed his first commercial for the company in 1986. But he “made a quick edit” and it came out: “I guarantee it.”

“It’s one of the most hackneyed expressions ever used,” he said with a laugh, but apparently it works, since his guarantee that men who shop at one of his stores will like the way they look has made him one of the most recognizable corporate leaders in the country.

“Because of the ads, he’s like a rock star,” Jeffrey Pfeffer, professor of organizational behavior at Stanford Graduate School of Business, said in a documentary on Zimmer called “Hippies Use Side Door.”

Matthew Stringer, the company’s senior vice president of marketing, said Zimmer’s persona as a spokesman has evolved over the years.

“If you look at him as a brand character, it’s been an interesting arc,” he said.

During the first decade, Zimmer was more of a “pitchman,” or salesman, where in-your-face gestures included pointing at the camera while relating the slogan.

“But in 1997, we softened George and evolved him to more of a spokesperson,” Stringer said. “We put him behind a desk and made him look more like a ceo.

“The softer side of George has been great for the brand,” Stringer added. “It makes him more approachable and more likeable. People try to create an image of a company in their mind’s eye, and [George as spokesman] creates a strong connection to the consumer.”

Although his demeanor may have changed, the company’s value message has remained the same.

“He tells consumers what the company stands for,” he said, “and how we do business. He creates an emotional connection.”

Stringer said Zimmer took a “common phrase and turned it into an iconic tag line that is immediately recognizable. Everyone knows it. That’s a testament to what George has been able to build.”

He said if you “distill it down, it is the founder’s guarantee and promise of satisfaction. And that’s a huge competitive advantage.”

But during the recession, when competitors such as Jos. A. Bank were pushing buy-one-get-one (or two or three)-free, Men’s Wearhouse changed its message. The retailer abandoned its long-standing everyday low price strategy for an aggressive promotional posture.

On Labor Day of 2010, when Men’s Wearhouse ran buy-one-get-one ads instead of brand-building spots, it experienced “the single largest volume day in the history of the company,” president Doug Ewert told analysts last September.

Ewert said that before the recession, the company held tight to its message of everyday value and ran only two sales a year. “We would sell a Jones New York suit for $299 every day,” he said. “But the competitive environment changed and in 2009, we took that Jones New York suit to $450 and played the game. And we don’t see the conditions changing anytime soon.” The boost in price allowed the retailer to promote the suit at the $299 price, or offer a buy-one-get-one at $450.

He said that while the company would “love to go back to everyday value, the customer responds to discount offers. That’s the way tailored clothing is sold in this country and we have to respond to market conditions.”

Although Zimmer too is sorry the company has had to go down that path, he’s philosophical about the abandonment of the everyday low price strategy.

But the challenge for Stringer is “how to continue to tell the brand story. The promotions are compelling, but we want to be more than just that.” Focusing exclusively on price and deals “takes away our competitive advantage,“ he said.

So, the company turned to Red Ball Tiger, a San Francisco-based advertising agency that it had used early on in its corporate life, as well as Mullen in North Carolina, to uncover other talking points for its $90 million annual marketing spend.

In March, the company released the results of its inaugural Well-Dressed Man survey. Among the findings: 91 percent of Americans think dressing well can make a man appear to be more physically attractive than he really is. And 78 percent of women think that one of the sexiest things a guy can do is dress well.

“We created commercials around the survey at the end of March,” said Stringer, “and we leveraged the stats for our TV campaign.”

At the same time, the use of Zimmer has changed again, with the founder now being filmed back in the stores.

“The second week they aired was the single biggest week in the history of the company,” said Stringer. “Nothing like instant results.” Of course, it didn’t hurt that it coincided with the company’s buy-one-get-one offer as well.

And so, even with Zimmer relinquishing his chief executive officer role, he will “continue to be the face and the voice” of Men’s Wearhouse for as long as he wants.

“His voice is as well known as his face,” Stringer said of Zimmer’s raspy tone. “It’s instantly recognizable.”

While it’s clear that Zimmer will continue as company spokesman, Stringer said that future marketing initiatives will evolve.

“We’re looking at new channels such as online and social media,” he said. “We also do a lot of e-mail marketing. We will be in the right places to reach the consumer.”

TV will “always be a component, because our brand was built on that, but we will monitor what is the right mix.”

Stringer said he works closely with the senior vice president of digital to ensure both are on the same page. And marketing will play a key role in the company’s thrust to convert the teen and young adult customers using its tuxedo rental program into Men’s Wearhouse shoppers.

The company also works to cement its position with men through several sponsorship programs. It recently signed on to be the title sponsor of The Experts Network NFL Draft Preview Show, and spends a significant amount of money on sports-related advertising.

“Sports is still one of things that guys watch live,” Stringer said. “And sports are very important to our business.”

Initiatives such as these augment the promotional pricing message and help keep the company’s name front and center with consumers.

“We don’t want to lose our brand story,” Stringer said. “We walk a fine line between promotions and branding and this helps keep us above the fray. It differentiates us and proves we’re not just a one-trick pony.”