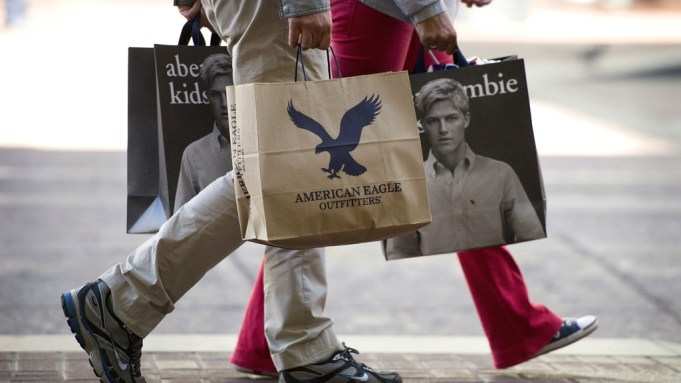 Don’t treat them all the same — and don’t think they live just online.

Those are two of the keys to studying the increasingly important Millennial consumers, who number 80 million, range in age from 13 to 33 and represent $200 billion in buying power in the U.S. Experts say that while this age group will drive retailing for decades to come, catering to them won’t be easy.

Jeff Fromm, executive vice president of Barkley, a Kansas City, Mo.-based ad agency, and coauthor of “Marketing to Millennials: Reach the Largest and Most Influential Generation of Consumers Ever,” said there’s no one-size-fits-all when it comes to Millennials.

“I don’t think there are lot of things in common between a 17-year-old boy and a 30-year-old woman with a two-year-old baby,” said Fromm. “Millennials who are having children are feeling the budgetary need to be more careful, as opposed to Millennials who are teenage or young adult, with no children. They’re two-and-a-half times plus more likely to be online.” His studies have found that Millennial women are 83 percent more likely to really enjoy clothes shopping than other cohorts. They’ll go online and check Pinterest, for example, before they go into a store. “Even if a boy is shopping [in store] with his mom, he’ll use social channels to get peer affirmation,” said Fromm.

But he thinks that Facebook will have challenges remaining relevant to the younger Millennial consumer. “I think with older Millennial consumers, it will be more natural. Particularly those starting to have families,” he said. “If you’re an 18-year-old boy, though, Facebook is definitely losing its cool because your parents are on Facebook, and it’s not cool to hang out with them and be sharing your photos.”

Millennials will often do their research in brick-and-mortar stores and then purchase online. “The brands that will win big will invite showrooming versus discouraging it; they’re going to invite peer affirmation, they’re going to go counterculture because Millennials love disruptive schemes and they want these opportunities,” said Fromm. He cited brands such as Tom’s and Warby Parker (both of which have a charitable component) as resonating with Millennials.

Craig Johnson, president of Customer Growth Partners, pointed out that since 11.7 percent of total retail sales are generated online in traditional retail categories (apparel, general merchandise, sports and toys) the Millennials’ 19 percent online figure is significant. “Millennials are overindexing by a 50 percent factor,” he said. He believes that e-commerce will reach the low- to mid-20 percent range in the next 10 to 15 years. “Millennials are getting there first, and their online sales will probably account for 23 percent, plus or minus, over that time period,” said Johnson. When one takes into account all retail categories (including automobiles, restaurants and gasoline), e-commerce sales in the second quarter of 2013 accounted for 5.8 percent of total retail sales, according to the Commerce Department.

Wendy Liebmann, chief executive officer of WSL Strategic Retail, said that one of the things they’re looking at more deeply now is that the Millennial consumer is “a pretty big bucket of shoppers.”

“The older end of that has grown up in the transitional world, and the younger end has totally grown up connected to their fingers and their technology,” said Liebmann. She said that the younger group has totally different expectations when it comes to brick-and-mortar stores. “Because they’ve grown up shopping online, the way they think about the physical store is different. Because shopping online is so organized, it’s relatively neat and tidy. They feel they can organize what they want really quickly, by size, brand and style. But when they go into a physical store, it’s so chaotic to them. It’s hard to find their size, and the comparisons are totally different,” she said. They [younger Millennials] become fed up with the store, and it pushes them back online.

One key characteristic of Millennials is their frugality. Millennials have plenty of debt, an increasing number of them are becoming savers, and many seek deals. Liebmann said younger people, getting out of school and getting married, used to be the ones who drove a lot of retail spending, because their life stage changed and they demanded new things. They had less responsibility and more disposable income, she said. Liebmann found in her “How America Shops” report, which interviewed 1,500 men and women, that a substantial number of Millennials are now saving: 22 percent versus 17 percent for Gen-X. Some 16 percent of Millennials don’t have credit cards at all, and many are much more price-conscious than their predecessors..

“The big message here is that it’s not about Millennials buying online versus in the store; it’s about the fact that they buy online differently (i.e., on their phones) and expect to buy both in-store and online. Which means they also expect a seamless, frictionless experience, not either/or,” said Liebmann.

A study by Accenture, which tracked the shopping behaviors of 6,000 consumers, including 1,707 Millennials, across eight countries, showed that while Millennials are very savvy online customers, they actually prefer visiting stores to shopping online. Some 82 percent in the study prefer brick-and-mortar. While online and mobile channels are important to Millennials and they use online channels for information and insights, to compare prices, and to check product ratings and reviews, 68 percent of them said they seek an integrated, seamless experience, regardless of the channel. They want to be able to transition effortlessly from smartphone to personal computer to physical store in order to find the best products and services, according to the Accenture report.

“Although Millennials have earned a reputation for viewing the world through a uniquely digital lens, our results found some remarkable similarities between them and their predecessors,” the Baby Boomers (born from 1946 to 1964) and Generation X (1965 to 1979), said the Accenture report. Some 55 percent said they seek out “the cheapest return policy,” and 41 percent in all three groups said they practice “showrooming.” In other words, they will examine merchandise at a nearby retail store and then shop for it online to find the lowest price — more often than they did a year ago, according to the study. “This shift is due, in part, to the current high penetration levels of smartphones, which can enable customers to search for an item easily, even while in a store,” the study concluded.

According to the NPD report, value-oriented retailers, such as dollar stores, secondhand stores, drugstores and off-price channels, which appeal to Millennials on tight budgets, are attracting more of them into their stores. It appears that dollar stores and secondhand stores have been more successful than other channels at converting Millennials into purchasing customers this year.

“Millennial shoppers are the most elusive generation and the most challenging to keep engaged,” said Marshal Cohen, NPD’s chief industry analyst. “In order to get Millennial consumers in-store, retailers need to understand how Millennials’ shopping habits differ from other generations. Previous generations were more easily impressed by marketing and advertising strategies. With this group, you must have a strategy to grab their attention in- and out-of-store,” said Cohen.

He said what brick-and-mortar stores need to do to attract the Millennials is to reward them in some way. That could be in the form of a coupon, such as offering a 15 percent discount for in-store only (J. Crew and Club Monaco offer discounts to college students), or providing social activities and events in-store or tie-ins with local or global charities. For example, he said, Guess will play music and create a party atmosphere to drive traffic into the stores, and Tom’s has a charitable component of giving away footwear to those in need. “It’s about communication, social engagement and community,” said Cohen.

Certain stores market directly to Millennials and create environments focused on that customer, he said. The experience becomes a vital part of their shopping adventure. They’ve also engaged the parent as part of the process. He pointed to a department store, like Kohl’s, which is focused on the discount and has included the parent as part of the equation. “When you look at Macy’s, they’ve created an environment specifically for the Millennial shopper,” he said. In a major initiative begun earlier this year, Macy’s features brands across all categories of business, from women’s and men’s apparel to footwear and beauty, aimed at the Millennial customer. Some of the brands are exclusive, such as Marilyn Monroe, Keds apparel, Argyleculture, Blossom & Clover and G-Star Raw.

Stores such as Wal-Mart and Target have ramped up fashion to appeal to the customer through merchandising, he said. “Some have done a better job than others. Department stores, as a whole, don’t have that Millennial customer to the same level of penetration, or market share, that they do with their core customer base, who is a little bit older. That’s to be expected because the Millennial is so specialty-store centric, and they have so many stores which cater to their specific needs and desires. The online business is proportionately better for the department stores when it comes to the Millennial shopper,” he added.

Meantime, in Piper Jaffray’s “Taking Stock With Teens” market research project, conducted last spring by Steph Wissink, codirector of research and senior research analyst at Piper Jaffray, teens are showing changes in their shopping behavior that will reshape the way brands target this demographic, including shopping less frequently and shopping online instead of in specialty and department stores. The study polled about 5,200 teens with an average age of 16.3 years from March 1 through April 3.

About 79 percent of females and 76 percent of males shop online, and respondents said that about 18 percent of their spending is online. Some 70 percent of teens said they prefer to shop the Web sites of their favorite store-based retailers, according to the report. Approximately 70 percent of teen girls and 55 percent of teen boys responded that they shop at off-price stores. Teens cited their “friends” as the strongest influence over their purchase decisions. About 53 percent of females and 52 percent of males said that social media impacts their purchases, with Facebook being the most important, followed closely by Twitter and Instagram. However, the popularity of Facebook is declining among teens, with 33 percent citing it as the most important, down from 42 percent six months earlier, the report said.