The Outnet.com to Offer Same-Day Delivery

The retailer will charge 12 pounds in London and $25 in New York for the service. 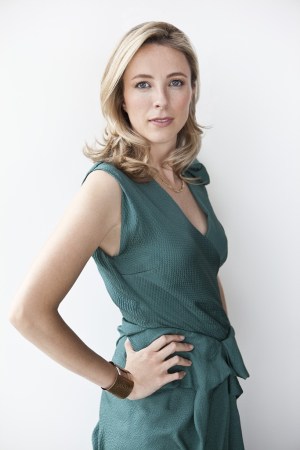 The Outnet.com plays by a different rule book.

On June 11, it will start a same-day delivery service, for a fee, to customers in London, and three days later will roll the service out to the New York City boroughs of Manhattan, Queens and Brooklyn. The Outnet.com will charge 12 pounds in London and $25 in New York for a delivery, cutting a bit into the 40 to 75 percent off regular prices typically offered — and that doesn’t include a tip to the delivery man.

While acknowledging the move seems incongruous with The Outnet.com’s discount proposition, Stephanie Phair, managing director, said this “premier” service fits into ongoing efforts to differentiate the Web site and leverage off the infrastructure and reputation of its London-based parent, the Net-a-porter Group, which is owned by Compagnie Financière Richemont.

“We give customers the luxury treatment within a discount context,” said Phair. “In a sense, it’s all about choice. That’s where we’ve gone.”

Seven vans will deliver in Manhattan, Queens and Brooklyn, seven days a week. When asked where Staten Island and the Bronx fit in, executives replied those boroughs will be part of the delivery route later. The cut-off time for orders to receive same-day deliveries between noon and 8 p.m. is 1 p.m. Outnet.com also features a “dress me” section merging content with commerce, like what to wear on a trip or a date, and live chat with customer care workers, and a “just in” page with the latest fashion arriving on the site.

“All of these elements differentiate us from the competition,” said Phair, emphasizing that The Outnet.com doesn’t want to be just a cheap kid sister of Net-a-porter, or mirror the competition. The three-year-old Outnet.com doesn’t do flash sales or engage in price wars. But it does manage to discount a handful of designer brands, like Azzedine Alaïa, Alexander Wang, Marni and Balmain, that generally don’t discount. “Alaïa had never done outlet sales and chose to work with us,” Phair said. “We have educated these brands over time that the discount side of the business matters very much.” The company said it has exclusive relationships with Balmain and Christian Louboutin as well.

In total, The Outnet.com lists more than 200 designers and brands and ships to more than 170 countries. Volume for fiscal 2011 came to about 58 million pounds, or $75 million at current exchange, roughly 20 percent of Net-a-porter’s volume of 238 million pounds, or $375 million. The U.S. accounts for a third of the revenues and is the largest market for The Outnet.com. Distribution centers are in London and Mahwah, N.J., with a third opening in Hong Kong to support the recent launch of the site in China, and there are management offices within Net-a-porter in London, and in Long Island City, N.Y., which are expected to relocate to lower Fifth Avenue in Manhattan in the summer.

According to Phair, the demographics of Outnet.com shoppers don’t match industry statistics. “The average age of our customer is just over 35,” she said. “She’s not that young. And she has an average household income of $175,000. So the concept of what is a discount customer is set aside by these numbers. This isn’t a young, aspirational woman who can’t afford full price. This is a customer who could very well afford it. She chooses to buy discount. Our demographics are women in finance, banking, marketing, health care and lawyers. They have the money. They like fashion. They know designers, but don’t need the latest off the runway.”

She said discounts on Outnet.com vary depending on distribution availability. “With a brand not traditionally discounted, like Alaïa, a 50 percent discount is a very strong discount. With other brands more in the contemporary space, you have to go up to 70 or 80 percent. They are more commoditized,” Phair said.

In any case, the objective is to “protect the brand proposition within the discount space,” Phair said. “Though there is still a long way to go, brands are realizing that the discount space is part of the retail cycle. Let’s own up to the fact that discount exists and take the stigma away.”

The Outnet.com, while launched during the recession, “is really a site built for the long-term,” Phair said. “It’s no secret that supply is harder to come by than during the height of the recession. We have managed to corner the high end of the market and really focused on luxury brands and chosen who we want to work with. That seems to be working for us.”