After a generally strong holiday, Chicago stores optimistic Trump might be good for retail. 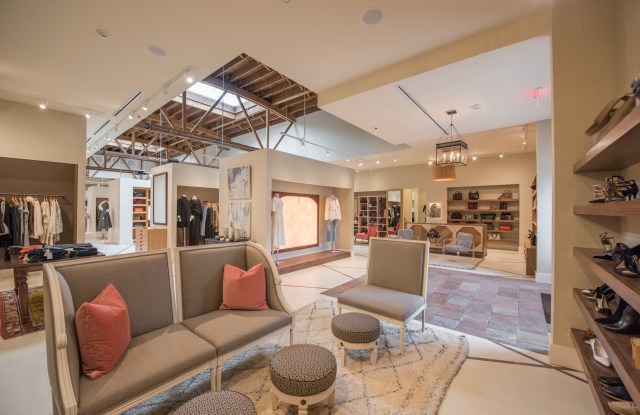 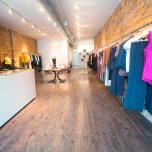 While business slowed for some stores following the election, independent retailers in the city and suburbs cited strong holiday sales, promises of tax cuts and job growth as positive signs. Some even pointed to the potential for consumers to seek “retail therapy” but also for the need to provide exceptional products and service to get them through potentially challenging times.

“The stock market, a leading economic indicator, has made huge gains in front of the inauguration and this bodes well for small business,” said Tricia Tunstall, who opened her Bucktown boutique, P45, in 1997. “Lower taxes and more job growth should increase disposable income, which in turn is good for retail. Fewer regulations may spur more small business inception — which should also be a boost for more boutique-type retail. All in all, we’re looking forward to a great year.”

On the North Shore, Neapolitan Collection owner Kelly Golden was also upbeat about the New Year.

“Our new store and more fine-jewelry offering helped boost sales and overall, I think clients have moved on since the election,” said Golden, adding that business was up more than 20 percent in 2016. “There was a lot of pent-up demand.”

Golden added that hopes for tax cuts should boost spending this year. “The market is rallying and I think people have a positive outlook on the economy,” she said.

“Being in such a deep ‘blue’ community we found business to be slow immediately after Trump’s victory,” said Wetzel, whose retail partner is Lance Lawson. “We were feeling anxious. But beginning almost immediately in December, we saw our business take off. We were extremely busy all the way up to the holiday. We exceeded our plan by over 10 percent and had our best December ever.”

And in the western suburbs, December sales outperformed last year at Sweet William in Hinsdale.

“After the election, the stock market rose nicely, so that is always good for consumer confidence,” said Sweet William owner Kristi Smith, who will celebrate the store’s 28th anniversary in March. “There have been other positive things happening in the economy as well, but as with any business, there are always concerns. We don’t feel shopping moods will change, because after all, retail therapy is always the best medicine. [Our retail] decisions are always based more on customer needs and style trends than what is happening in Washington.”

Historically, January has always been challenging for retail — inauguration notwithstanding — some retailers noted.

“Regardless of how our clients feel about the president they are using shopping to cheer themselves up and return to normalcy,” said Wetzel of Space 519. “They are looking for something special to make themselves feel better in such an uncertain time.”

Looking ahead, Wetzel is taking a “one step at a time” approach.

“With all the volatility and change in Washington, we are uncertain that we will continue to see the measured growth we consistently experienced during the Obama years,” he said.

Holiday sales exceeded forecast at Chalk Boutiques, located in Evanston since 2009, and now with a 2,500-square-foot store in Glencoe.

“We are thrilled that our numbers were higher than projected. That said, we attribute it more to the opening of our second boutique in Glencoe and the appeal of a new boutique to shoppers than to larger socio-economic or political factors,” said Sharon Watrous, who owns the store with Carrie Kane.

The owners hesitated to project whether the Trump administration will have any effect on retail.

“We have a wait-and-see approach, as election years historically pose a bit of an unknown,” said Kane. “That said, we would anticipate that the combination of the elevation of the stock market and the proposed tax cuts would trigger more spending in the luxury markets.”

Ashley Quicksilver, owner of Athene in Winnetka, was pleased with holiday sales and remains hopeful about business.

“I think it’s attributable to generally strong holiday retail sales across the country,” said Quicksilver, whose 1,000-square-foot store opened in September. “Our location is in an area with a higher level of disposable income and our clients [have an] appreciation for clothing and accessories.”

Still, the retail owner predicts business might lose its brisk pace. “We do expect a brief slowdown, perhaps even more so with the inauguration in sight,” Quicksilver said. “Yet with resort collections in store and spring on the near horizon, our sales forecast is strong and we expect that to remain steady.”

“I’ve never really followed mainstream sentiment to influence my dealings as a luxury small-business operator,” said Khan, whose designs have been worn by Sophia Bush, Gabrielle Union and style influencers like The Blonde Salad’s Chiara Ferragni. “Playing in the luxury retail space as an emerging designer already lends itself to so many challenges, so it’s up to us to be even more dynamic in this transition period. It’s all about optimizing the bottom line: to react quickly to what’s working and to troubleshoot-omit what’s not. I am just focused on making beautiful, differentiated quality product that will appeal to my core demographic and hopefully their discretionary spending.”