The Vale Collective Grows In Brooklyn

Stephanie McDermott opened The Vale Collective in Williamsburg, Brooklyn as an antidote to national chains. 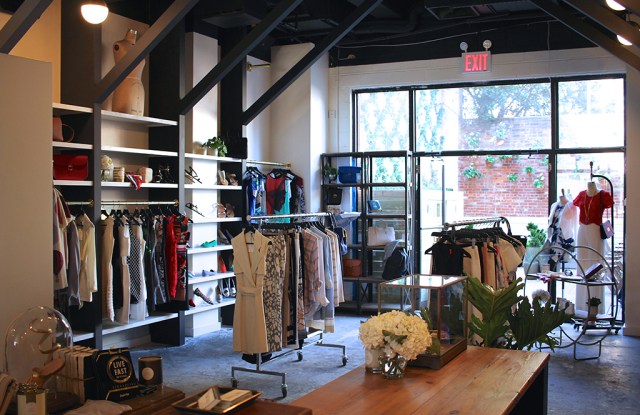 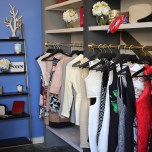 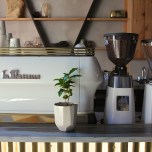 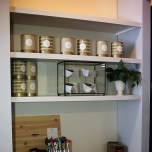 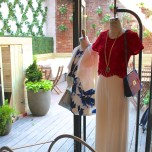 Stephanie McDermott opened The Vale Collective, a 2,550-square-foot store at 113 North 7th Street in Williamsburg, Brooklyn, as an antidote to chains such as Urban Outfitters, J. Crew, American Apparel, Maje, Sandro, Madewell and Gant that have proliferated in the neighborhood.

“I moved to Williamsburg and didn’t find shopping that pleased me,” she said. “Gentrification is occurring at the most rapid rate possible.”

At the Vale, you can pick out a book from the library, get a cup of joe at the coffee bar and relax in the tranquil garden terrace or check out the art exhibit in the gallery on the lower level. If you pass a cute dress or pair of shoes romantically inscribed with, “I cannot be/away from you any longer,” on the way, so much the better.

Fashion isn’t incidental to the other diversions, but McDermott was surprised to find how popular the Birch coffee is. “We’re relying quite heavily on our coffee,” she said. “Our coffee is our money-spinner at the moment.”

McDermott, a former editor at large for Vogue Italia, eschews American labels for “European niche brands that you can’t find everywhere,” she said. In addition to Bless the Mess, Chiara Ferragni, Talulah, Hare and Ferrucci Milano, she peppers the assortment with one-offs such as a handmade embroidered jacket from Spain and a bespoke “Alice in Wonderland” clutch made in a Neapolitan book bindery.

“I’m 28 and I’m beginning to feel a little old for American Apparel and Urban Outfitters, which are some of our neighbors,” McDermott said. “Young, upwardly mobile people aren’t granola and they’re not going to wear Spandex. My shop gives that middle ground.”

But one person’s middle ground is another’s high-water mark. The Chatelles loafers, with their declarations of love, have been worn by Kate Middleton. “The cobbler originally made them for his girlfriend,” McDermott said. “But she dumped him and kept the shoes.”

The Vale features small Australian brands such as Keepsake, Cameo and Finders Keepers “because they seem to be the ones doing innovative things at not obscene price points,” said McDermott. “We have a new Australian sunglass brand, Quay. Beyoncé loves them so much, Jay Z bought her a pair in every color.”

Long floaty dresses from Beach Candy come in candy colored hand-silk screened fabric from India. The Vale’s prices range from $50 for a T-shirt to $500 for a Plexiglas Yazbukey clutch. Art is $750 to $10,000.

The fact that Vale occupies a former dive bar didn’t escape McDermott. “We’ve gone through three rounds of approvals with the community board for permission to sell beer and Champagne,” she said. “We’re not a bar and are never hoping to be a bar. We have a pretty garden and thought it would lend itself quite nicely to a cold beer.”

McDermott said The Vale is self-funded, with some help from her family in the beginning. “We’ve done it all a little rough around the edges,” she said. “We have this gritty floor and racks made from vintage steel pipes. My mother who is from Switzerland and likes everything to be very precise and perfect was a little concerned when she came here.

“At some high-end boutiques, you can’t take anything out or try anything on because this hawk eye woman is watching you,” she said. “I wanted this to be a place where you can pick up and touch anything. I wanted it to be a laid-back shopping environment.”