The brand is planting twin boutiques in the French capital — and plotting expansion across the Channel, too. 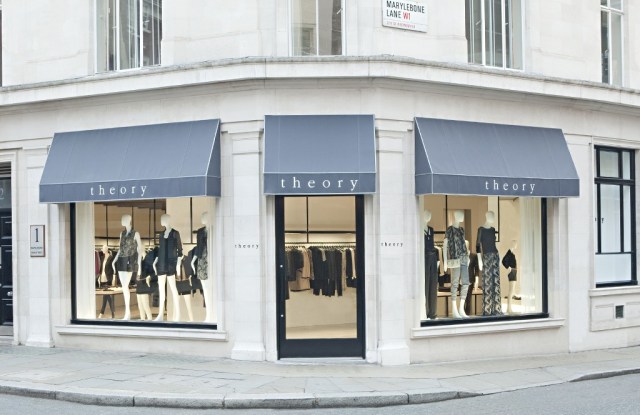 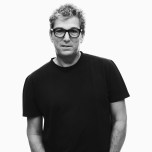 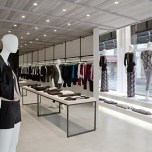 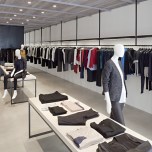 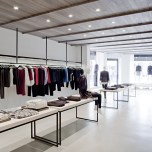 PARIS — Extending its international and retail thrusts into the heart of Europe, Theory is planting twin boutiques in the French capital — and plotting expansion across the Channel, too.

“We think there’s a big opportunity in Paris and London. These cities are very international. They’re important to the expansion of our business globally, just as New York and Los Angeles would be,” said Andrew Rosen, president and chief executive officer of Link Theory Holdings, parent of Theory and Helmut Lang.

Construction is in full swing here to open a 900-square-foot Theory boutique at 215 Rue Saint Honoré, a stone’s throw from Colette and near to a new Balenciaga flagship. The targeted opening date is Sept. 25, the first day of Paris Fashion Week.

More ambitious still, Theory plans to open a 2,500-square-foot location on the Left Bank here at 10 Rue de Grenelle, taking up some retail space previously occupied by Catherine Malandrino. It will mark the debut of Theory men’s wear on the French market, and boast separate entrances for that and Theyskens’ Theory. An upper floor will carry Theory women’s.

Architectural elements in the latest store concept include blackened steel, wood and concrete.

In London, Theory recently revamped its store on Marylebone High Street to the new decor standard. Next up will be more of an “international location” for a London flagship unit, Rosen told WWD.

The executive said he spies room to open multiple Theory locations in both fashion capitals. He also disclosed that he is zeroing in on a lease to open a freestanding unit for Helmut Lang in Paris’ Marais district. In London, there is already a Lang unit in Westbourne Grove.

Rosen said “finding the right location” is key in Europe, and he plans a mix of high-visibility and neighborhood locations.

“We have a long-term view and a long-term global strategy,” he said, characterizing the development of Link Theory’s own retail network as a “cornerstone” of its future.

“In Asia, 85 percent of our business is done through our own retail,” he said, noting a preponderance of shop-in-shops with department stores.

This contrasts with the U.S. and Europe, where that ratio stands at about 40 percent.

He noted that half of Theory’s business is already done outside the U.S., and asserted that its fashions “resonate with the modern, contemporary woman,” no matter where she lives in the world.

“The business today has to be done on a unified, global basis,” Rosen said, noting that Link Theory’s Japanese parent, Fast Retailing Co. Ltd., has the financial resources to support its global march.

Rosen declined to discuss figures, but noted that Link Theory’s fiscal year ended in August. “It’s going to be a very strong year; perhaps the best we ever had,” he said. “It sets the bar high for us next year.”

He downplayed the euro zone’s anemic economies and lingering debt crisis, saying Link Theory takes a long-term view and is betting that Paris and London will continue to thrive and attract an international clientele.

Theory operates 11 stores in the New York metro area, and is about to open its fourth location in Los Angeles and second in San Francisco, Rosen said. Other U.S. locations include Westport and Greenwich in Connecticut and Aspen, Colo.

Its store count in China stands at 18, Rosen noted. The brand is also present in Japan, Hong Kong and Korea.