Sydney Finkelstein, professor of strategy and leadership at the Tuck School of Business at Dartmouth College, weighs in on J.C. Penney and Ron Johnson. 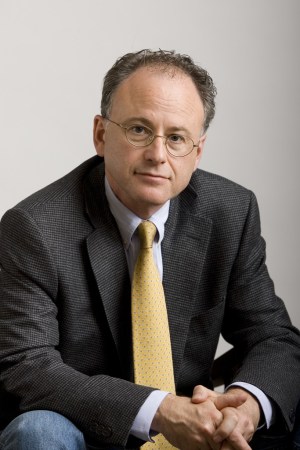 Editor’s Note: Think Tank is a periodic column written by industry leaders and other critical thinkers. Today’s column is written by Sydney Finkelstein, professor of strategy and leadership at the Tuck School of Business at Dartmouth College and the author of the book “Why Smart Executives Fail.”

In light of the recent dismissal of J.C. Penney ceo Ron Johnson after a devastating 18 months on the job, many are wondering what went wrong and why. People are especially wondering because Johnson was the same wunderkind behind the incredibly successful Apple stores. Why didn’t his magic work this time?

The best thing one might say about Ron Johnson is that J.C. Penney may not have been fixable.  It’s a natural tendency to imagine the great leader swooping in and curing all that is wrong with a business model that may well have outlived its usefulness. It makes for a good story, but is it true? Well, the history of retail is littered with companies that once were big and vibrant and are no longer: stores like Gimbels, Mervyn’s and Circuit City in days gone by, and big question marks about Sears, Kmart and Best Buy today. If your strategy is up-market, you need a brand that can deliver that image. If you play the low-cost game, you’ve got to figure out how to win against the booming dollar-type stores, Wal-Mart and Amazon. It’s hard to win when you’re stuck in the middle.

Which leaves the radical overhaul strategy. Unfortunately, it’s very difficult to change people’s habits and expectations about your brand. Moving off of coupons and promotions to generate sales took away the primary attraction of shopping at Penney’s — you felt like you were getting a special deal. Change the strategy, change the reason why customers bought your product.

So why go so aggressive? This might be the most important lesson of all.  Johnson’s experience at Apple — a company that revolutionized the retail experience — was nothing short of a home run. Business schools will study the Apple store to gain insights into a new wave of retail for years to come.  But, was this experience the right one for Penney?

Let’s be clear. Despite various missteps, including on strategy, who among us would not have supported him for the ceo job if we were on the board of directors? He was a retail star, not only at Apple, but at Target before that.  Unfortunately, transferring knowledge from one domain to another is not as straightforward as it often seems to be.  What worked at Apple might not work at Penney’s, or anywhere else for that matter.

In my many years studying ceo failures and mistakes, the problem of misleading experience is a recurring theme. Where Johnson saw Penney’s as another great brand that customers trusted, like Apple, in reality the differences were much more important and numerous: different price points, different customer sophistication, different customer loyalty and extremely different brand images. So many ceo’s fall prey to relying on superficial similarities across situations that they ignore the more fundamental differences that really matter.

This problem happens in many circumstances. For example, the ceo who sees a current acquisition as more similar than it really is to past acquisitions, and hence relies on an integration approach that worked in the past. So Quaker Oats bought Snapple years ago to try to replicate its successful Gatorade deal, overestimating the relevance of both brands being beverages and underestimating the real differences in distribution channels. Even Wal-Mart has struggled in applying its model to international markets, and just recently the British retailing giant Tesco announced it was closing its “Fresh and Easy” grocery stores in the U.S. after a five-year, $1.6 billion effort.

The lesson in all this is that ceo’s who move from one company to another bring along mind-sets and assumptions that have worked for them (they were ceo’s after all). In a new setting, unless it is remarkably similar to their experience base, the likelihood of successfully transferring their playbook is slim. And when it does happen, we take notice. Mickey Drexler’s turnaround of J. Crew after years at the Gap is a case in point. The companies are different, to be sure, but there is enough similarity so that Drexler’s merchandising genius is directed to the right places.

It is natural to attribute the success of a company to its ceo, and, by extension, to assume that this track record automatically comes with the leader to his or her new job. In reality, the context matters a lot. The generalizability of management skills is often overestimated. But I don’t think we should be surprised by all this. It’s simply human nature to attribute successes to individuals’ actions, rather than circumstance, or even worse, good luck. We tend to believe that if someone is good at one thing, they will be good at others. Good technologists are often assumed to be good ceo’s, for example, despite the number of startups that stumble. Is it possible? Of course. Is it likely? Why should we even think it might be?

The answer to the misleading experience challenge is straightforward, but boring. Rather than assume managerial skill sets are readily transferable across different types of companies, test it. Identify specific attributes of the past job, and ask to what extent they are relevant in the new job. Go out of your way to pinpoint how the new company differs from the old, and ask how that changes your playbook. And most of all, retain sufficient humility and open-mindedness to ensure that questions such as these are carefully analyzed and acted upon. The truth is that J.C. Penney is not Apple, and never will be.

Sydney Finkelstein is a professor of strategy and leadership at the Tuck School of Business at Dartmouth College, and the author of “Why Smart Executives Fail” (Portfolio, 2003). You can follow him on twitter@sydfinkelstein.