Think Tank: Sweatshop Garments Drag All of Us Down

Today’s column is written by Charles Kernaghan, director of The Institute for Global Labour and Human Rights. 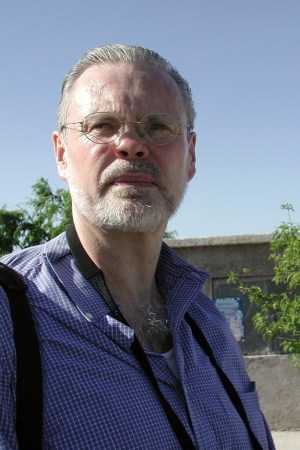 Editor’s Note: Think Tank is periodic column written by industry leaders and other critical thinkers. Today’s column is written by Charles Kernaghan, director of The Institute for Global Labour and Human Rights.

The turning point in the United States was the Triangle Shirtwaist factory fire in New York City on March 25, 1911, when 146 garment workers — mostly women seamstresses — were burned to death when an exit gate was purposely locked. One hundred thousand New Yorkers marched in the funeral procession as 400,000 people lined the streets. Their call was “Who will protect the working girl?” For the first time, laws were enacted almost overnight to require sprinkler systems, fire exits that opened outward and could not be locked, and fire safety inspections became the norm — all of which was opposed by Wall Street.

With legislation to protect worker rights, the labor movement emerged, and by the Forties sweatshops were wiped out in the United States. The middle class was built and living standards rose.

A hundred years later, we are racing backward.

On Jan. 26, 102 years after the Triangle Shirtwaist fire, a fire broke out at the Smart Fashion Export garment factory in Dhaka, Bangladesh. Seven young women were killed — some just 15, 16 and 17 years of age — and 15 were injured in a factory that violated every single law. Well over 50 workers at the Smart Fashion factory were just 10- to 15-year-old girls. The workers were producing illegal subcontracts for some of the largest European labels, such as Inditex from Spain. The child workers and helpers were paid just 13 cents an hour to work seven days a week. Senior sewing operators earned just 18 to 28 cents an hour and had no legal rights, leaving them trapped in misery.

Adjusted for inflation, the Triangle seamstresses in New York City 102 years ago earned what today would be the equivalent of $3.18 an hour. Garment workers in Bangladesh earn less than one-tenth of the wages earned over 100 years ago in New York.

The Bangladeshi government is saying that the lives of the young women killed at the Smart Fashion factory are worth just $252 each.

Just two months before, on Nov. 24, the Tazreen factory in Bangladesh was engulfed in flames, killing 112 workers who were sewing clothing for Wal-Mart, Sears, Sean “Diddy” Combs’ Enyce label, Disney and others. The owner of the factory is still walking around scott-free.

WHAT MUST BE DONE
• Two things are certain: First, Bangladesh’s women garment workers are among the hardest workers in the world, but also among the poorest and most exploited. Second, no one wants to damage Bangladesh’s booming export garment industry, which employs some four million women and accounts for $19.1 billion worth of exports to the U.S. and Europe.

• The United States government is right to deny duty-free access to Bangladesh’s garment exports to the U.S. — until the government of Bangladesh takes concrete steps to implement the country’s labor laws as well as the International Labour Organization’s internationally recognized worker rights standards, of which Bangladesh is a cosigner.

• The European Union, Bangladesh’s largest export market, is a major player and should review its current policies on blanket duty- and quota-free access to the EU, which has done nothing to improve labor rights conditions for Bangladesh’s workers. Duty-free access should be reserved to reward factories that are serious about respecting local and international labor rights.

• Putting an end to the tragic deaths — 700 have been killed in garment factories across Bangladesh since 2005 — is the top priority. But it is important to note that the Bangladesh Export Processing Zone Authority, which is largely controlled by the military, is openly operating a “blacklist” to purge any workers daring to exercise their legal right to organize a union. This too must stop.

• Voluntary corporate codes of conduct do not work! In fact, it is one of the great scams that allowed outsourcing to proliferate across many developing countries that have no concrete intention to respect internationally recognized worker rights and safety standards. A case in point would be the horrific fire at the Ali Enterprises garment factory in Pakistan in September 2012, which killed at least 262 workers, who were trapped in the factory. Under the auspices of Social Accountability International, which is based in New York City, Ali Enterprises was certified that it was in full compliance with health and safety and worker rights standards not long before the workers were killed.

• Corporate labels are protected, but not human beings. No corporate executives, either in the garment business or in retail, would ever accept “codes of conduct” to protect their garments. Far from it. Their garments and trademarks are protected by enforceable laws — intellectual property and copyright laws — backed up by sanctions, including stiff fines and even prison time for anyone making and selling knockoffs or counterfeit garments.

If labels can be protected by laws backed up by sanctions, why is it that the human being making these garments cannot have similar legal protections?

It’s simple. Corporations say it would be an impediment to free trade to allow workers their legal rights.

CONTROLLING THE BEAST
• I recall a meeting years ago with a prominent high-end apparel executive in New York who blurted out, “We may look rich around here, but we kill for pennies.” Both apparel manufacturers and retailers acknowledge that this is a cut-throat business.

• Governments are key. Few American consumers have ever visited a sweatshop factory or spoken with workers who sew our garments. This is especially true since garment production has moved offshore to countries like Bangladesh, China, Vietnam and Pakistan.

Our government has embassies around the world and they know factory conditions on the ground. The turning point will come when governments begin to demand the rule of law.

The American people can demand that the ILO’s internationally recognized labor standards become the law of the land, backed up by stiff sanctions for noncompliance.

Charles Kernaghan is director of The Institute for Global Labour and Human Rights, a nonprofit 501(c)(3) human rights organization dedicated to the promotion and defense of internationally recognized worker rights in the global economy. Founded in 1981 as the National Labor Committee, the Institute’s research, in-depth reports, high-profile public campaigns and widespread media coverage have been instrumental in creating the antisweatshop movement in the United States and internationally. The Institute is headquartered in Pittsburgh, with regional offices in Dhaka and San Salvador, and research/advocacy partnerships in China, Jordan, Central America and South Asia.