Two more stores are in the pipeline: one in Gurgaon in the New Delhi Capital region and the other at Palladium Mall in Mumbai. 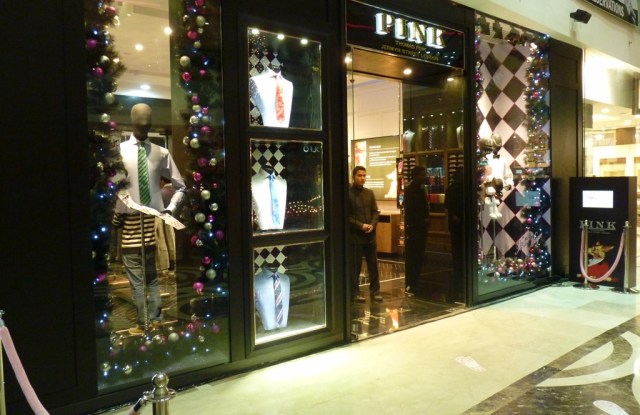 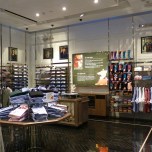 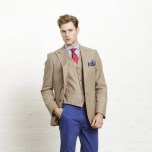 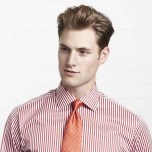 NEW DELHI — Pink fountains at the Ambience Mall in Vasant Kunj here, indicative of the launch of a new brand for men in India, seemed a little bizarre for the Indian male who has grown up on a diet of browns and dark shades.

But the opening of the LVMH Moët Hennessy Louis Vuitton-owned Thomas Pink store last month, its first in India, brought another moment of reckoning for the Indian man and a chance to be quirky and innovative.

The men’s wear segment constitutes about 43 percent of the $58 billion textile and apparel market in India and has been growing at 9 percent each year, according to consulting firm Technopak. The market size is expected to more than double in the next 10 years.

“The brand will sit in the Indian wardrobes easily,” said Darshan Mehta, president and chief executive officer of Reliance Brands Ltd., the brand’s local partner. He said the new store was launched a little more than nine months after the announcement was made last March. The British retailer has more than 100 stores worldwide and flagships on London’s Jermyn Street, Madison Avenue in New York and Rue François 1er in Paris.

Reliance Brands has been growing its number of retail outlets in India with a portfolio of brand partnerships including Brooks Brothers, Diesel, Ermenegildo Zegna, Hamleys, Iconix, Kenneth Cole, Steve Madden and Stuart Weitzman.

The 1,000-square-foot store is not Thomas Pink’s flagship but rather the first step on the way forward. Two more stores are in the pipeline: one in Gurgaon in the New Delhi Capital region and the other at Palladium Mall in Mumbai.