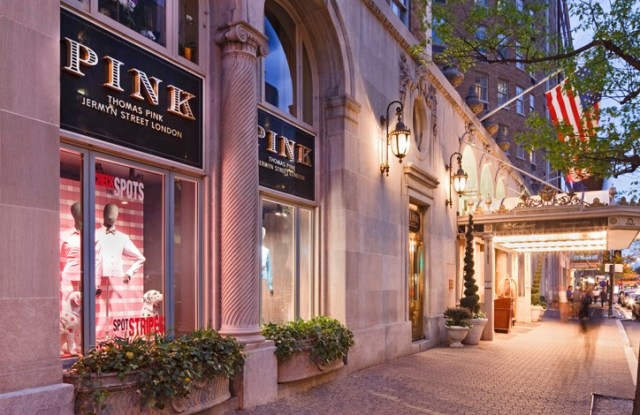 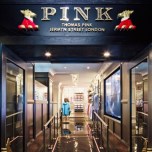 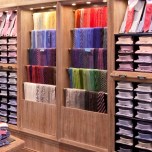 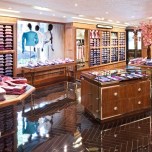 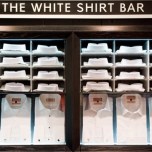 Thomas Pink has unveiled a new store design, one that blends its Jermyn Street heritage with a modern aesthetic.

The design, which was seen at the company’s store at the Mayflower Renaissance Hotel in Washington, D.C., will eventually be rolled out to each of its 84 stores around the world.

“We wanted to create a modern take on our British heritage,” said Alex Field, the company’s London-based head of marketing. The store has a “classic London club feel” with wraparound paneling that changes color depending upon product category. Limed walnut in a pigeonhole design is used for the men’s shirts; black stained wood defines the White Shirt Bar, and white paneling is used for the women’s and men’s slim-fit collections.

“Most striking is the granite herringbone flooring with pink trim,” Field said, which “sets the tone” for the brand and helps merge “tradition with contemporary.” Black and pink are also used for the furnishings, and the store features a video wall for brand imagery. Thomas Pink’s iconic “cheeky fox” logo is employed on door handles, mirrors and on a huntsman’s jacket in the middle of the store, Field said.

Field said a similar design just launched in Harrods in London, while Edinburgh, Scotland, the Miami International Airport and Heathrow Airport in London will be converted to this design later this year. “Then there will be more through 2012,” Field said. “In the long term, we will take this new concept to all stores.”