The apparel reseller's ceo talks store, growth opportunities and an IPO down the road.

An example of ThredUp on Macy's e-commerce site.

“The big news is the funding announcement, and it just so happened that Macy’s and J.C. Penney occurred [last] week. Frankly, we were surprised that they were going to announce it,” chief executive officer James Reinhart told WWD in an exclusive interview. “It wasn’t part of the original plan. They told us, and we’re excited about telling the story, but we feel there’s still a lot of work and collaboration to be done so it’s perfect for the customer. It’s only in 40 Macy’s and 30 J.C. Penney stores. It’s a good pilot, but it’s in a small fraction of their broader store network.

“We were thinking about it as being a test and learn pilot,” Reinhart added. “There’s so much news, I’m frankly surprised by it. On the one hand, that makes me feel like this portends to the broader trend that people are starting to connect together.”

The investment was led by Park West Asset Management and Irving Investors, with participation from existing investors Goldman Sachs Investment Partners, Upfront Ventures, Highland Capital Partners and Redpoint Ventures. ThredUp’s total capital raised is more than $300 million, including a previously undisclosed $75 million investment last year, which Reinhart said “wasn’t reported by design. If you go and look at Crunchbase, the numbers sort of don’t add up.

“We’ve been very quiet about fund-raising,” he added. “We’ve raised $175 million and it’s a big investment that I think really speaks to the opportunity in front of us. Secondhand is the fastest-growing market in the sector. Customers are converting at very high rates.”

While news of ThredUp’s RAAS partnerships with Macy’s and Penney’s received lots of ink, the reaction wasn’t all glowing among retail experts, who thought RAAS is a good idea, but said it likely won’t do enough to help department stores such as Macy’s and Penney’s regain their relevance since they suffer from systemic problems such as real estate investments and perceptions among Millennial and Gen Z consumers of being old and immovable.

“Admittedly, the tie-up will be very good for ThredUp, as it increases brand exposure,” said Neil Saunders, managing director of GlobalData. “For Macy’s and J.C. Penney, it will only be marginally helpful. The partnerships won’t solve the problems in the rest of their businesses nor will it transform their financials. It’s great that they’re thinking outside of the box, but both [retailers] have a lot more work to do before they’re on an even keel.” 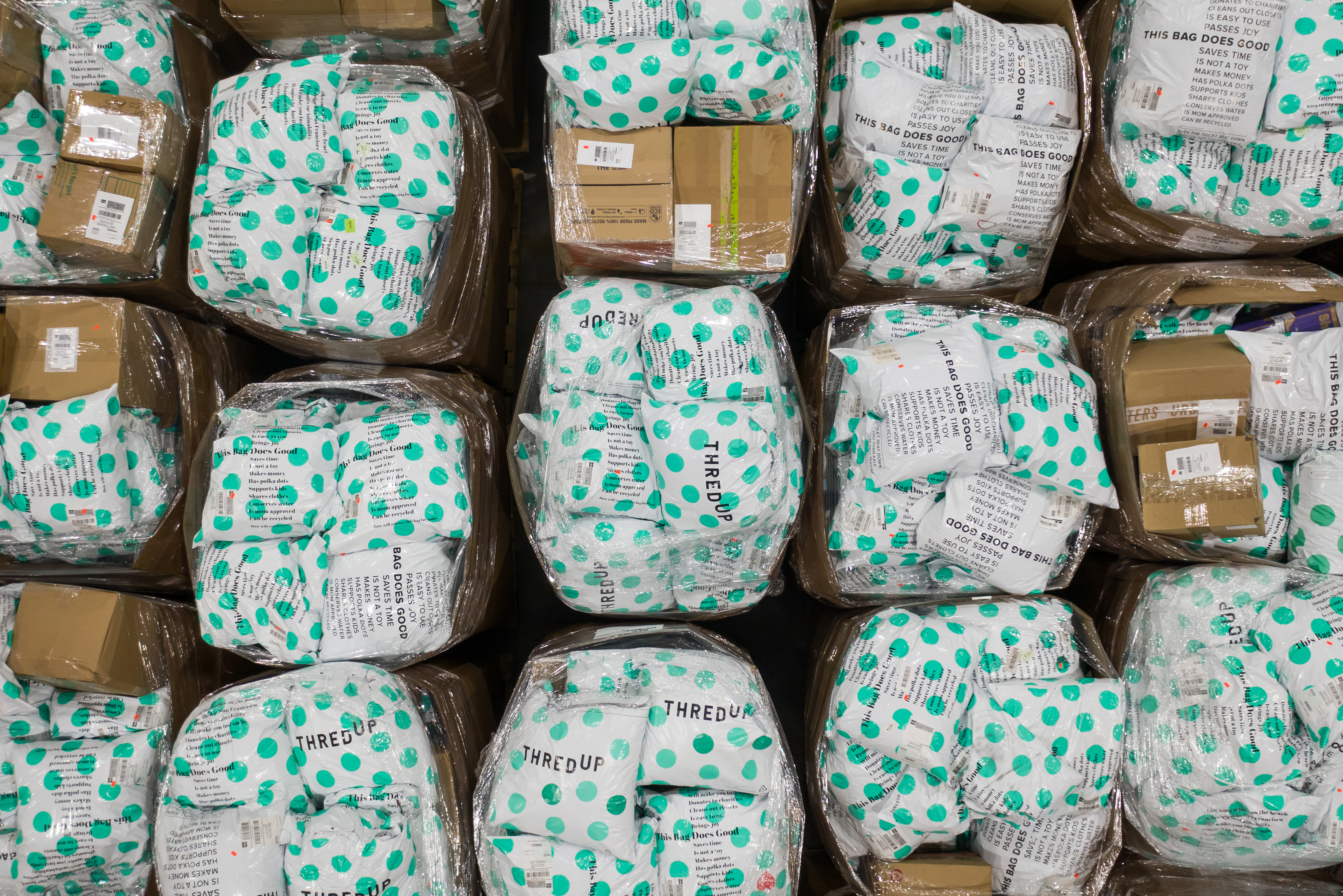 Then there’s the question of how ThredUp’s low prices for Macy’s secondhand private label INC International Concepts will be perceived and whether it will cheapen new styles. The irony of the hook-up couldn’t be ignored with ThredUp’s nearly 8,000 INC items, including an $80 top reduced to $1.99 when Macy’s own e-commerce site featured fewer than 3,000 I.N.C. products, including a petite cold-shoulder bows top, $9.96, down from $39.50.

“ThredUp is a very accessible platform and that’s one of the reasons it may work well in mainstream department stores; it has mass appeal,” Saunders said, adding that ThredUp will tailor the assortments to each store “so the ranges are suitable and add value rather than detract from the overall store experience. There’s nothing to stop cannibalization of Macy’s own brands or the other brands it sells. This is one of the issues the tie-up will need to overcome, and for this to be additive, both retailers need to fix the offers in their own stores so that they’re more enticing to consumers.”

Yet, resale appears to have touched a nerve with Millennial and Gen Z consumers, who are interested in a more sustainable approach to buying fashion and don’t have the squeamishness of pre-worn garments that their parents have. They also fueled a re-appreciation aesthetically and financially of heritage brands such as Gucci‘s, Louis Vuitton’s, Chanel’s and Hermès‘ greatest hits. Another reseller, The RealReal, in June saw shares of its initial public offering jump nearly 50 percent to $29.90 in the first minutes of trading giving it a $2.5 billion market capitalization.

“On the back of The RealReal IPO, this is really big,” Reinhart said, referring to ThredUp’s news. “I would expect that this news gives Julie [Wainwright, ceo] more opportunity to engage with those luxury brands. If we prove that we can do it successfully with these guys, there’s no reason she can’t do it.

“I couldn’t be more excited about The RealReal’s IPO,” he continued. “If you see these compounded returns…she gets more traction with her retailers and it’s good for customers, people’s wallets and the planet. There’s certainly a lot of stuff out there. What will be interesting to watch on luxury side is where these luxury retailers get into this themselves. For us, the people we work for are just such mass retailers, the volume they’d have to get into — it’s hundreds of millions of units, where we play — I wonder if they start to think its easier to do it themselves.”

In 2017, ThredUp entered the luxury fray. Reinhart said “luxury isn’t an area I pay a lot of personal attention to. It’s a part of the business and is growing in similar vein to rest of the business. Luxury is a tough business and a tough market.” He cited Neiman Marcus in April taking minority stake in Fashionphile, and Rebag, which at that time said it had raised $25 million in a Series C funding as evidence of the strong demand for high-end products. “We feel it’s a very competitive area. It’s not something we’re spending a lot of time on. Our area of the market is very tricky, but it’s where we have a competitive advantage,” Reinhart added.

Asked if ThredUp will partner exclusively with Macy’s and Penney’s for a period of time, Reinhart said, “No. I think they’d love to have it exclusively to themselves. Ultimately, the retailer is working with us to deliver the [experience]. Every item on ThredUp is unique, so you’re not going to get the same items in [different] stores. It’s unique to the retailer and the store, so they are all actually quite different. I don’t think we’ll ever be exclusive to any retailer. We’ll help many retailers reach their goals. 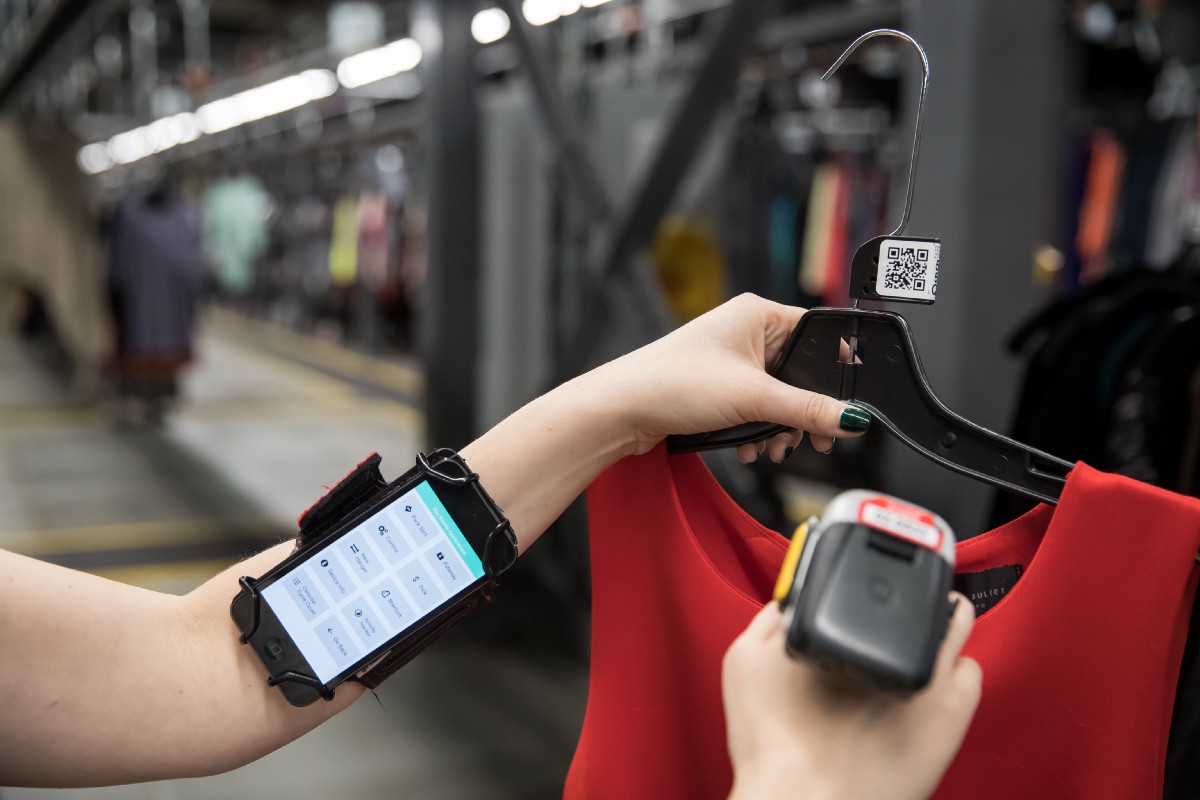 “We’re trying to build a broader platform to allow retailers, whether they’re big or small, to serve their customers,” he said. “Nordstrom customers, Kohl’s customers — consumers across the gamut, all of whom are buying secondhand. We sold more than 30,000 brands last year. We want to make sure customers can shop the brands they love secondhand in a lot of places.”

Reinhart is thinking big. “Sure, an IPO at some point is probably in the cards, but I don’t think we have a timeline at this point,” he said. “We raised this capital to keep investing in the business.

“A lot of the money will go into the necessary technology and operations for expansion,” he said. “We’re opening another big distribution center where we can process more goods. More people want to get rid of [merchandise], and we have to keep building like Amazon the infrastructure to support that.”

Reinhart is also interested in opening more stores. “In the Bay area, they’ve been instrumental in helping us understand how to do these pop-ups and helping Penney’s and Macy’s understand how to bring resale to life. I’m very bullish on retail stores over time. We’ve canvassed a lot of locations. We’re focusing a lot more on our partner stores now. Between Stage, Macy’s and Penney’s, we have over 100 pop-ups to launch. As we move in to 2020 we’ll start to think about our own stores.”

Another service ThredUp offers retailers is apparel recycling with clean out kits for customers to send old clothes to ThredUp and earn shopping credit to buy new clothes. Reformation, Cuyana and others have tapped ThredUp to run the sustainable loyalty program.

“It’s been a home run and we’ll launch more of those over the next three months” Reinhart said. “We’re helping customers clean out their closets, and on the buy side, helping retailers engage their customers. Cuyana is very much about conscious consumerism. You’ll start to see us do more of those with a broader set of retailers.“