San Francisco-based bag brand Timbuk2 revealed this week that it now belongs to Exemplis, a furniture company in Los Angeles, and its founder, Paul DeVries, for an undisclosed amount. The sale, which has been finalized, shifts ownership from TB2 Investors, headed by Ken Pucker — former chief operating officer of Timberland and current Berkshire Partners advisory director — after 13 years.

“At first glance, most people wouldn’t necessarily see the parallels between a furniture company and Timbuk2,” Patti Cazzato, the bag maker’s chief executive officer, admitted in the press statement, “but, with DeVries’ innovative manufacturing perspective, he is well-versed in the main touchpoints of what makes us, us.”

Cazzato, a fashion veteran who has worked at Gap and Levi’s, called out the new owner’s ability to “transform an outdated category” through “custom manufacturing, speed, affordability and quality design.”

Apart from Timbuk2’s consumer-facing business and wholesale ties to stores such as Urban Outfitters and Nordstrom, it also makes backpacks, messenger bags and sling bags for some of the area’s biggest companies, including Facebook and Google. The company produces the bags in its 23,000-square-foot facility in the Mission District neighborhood. 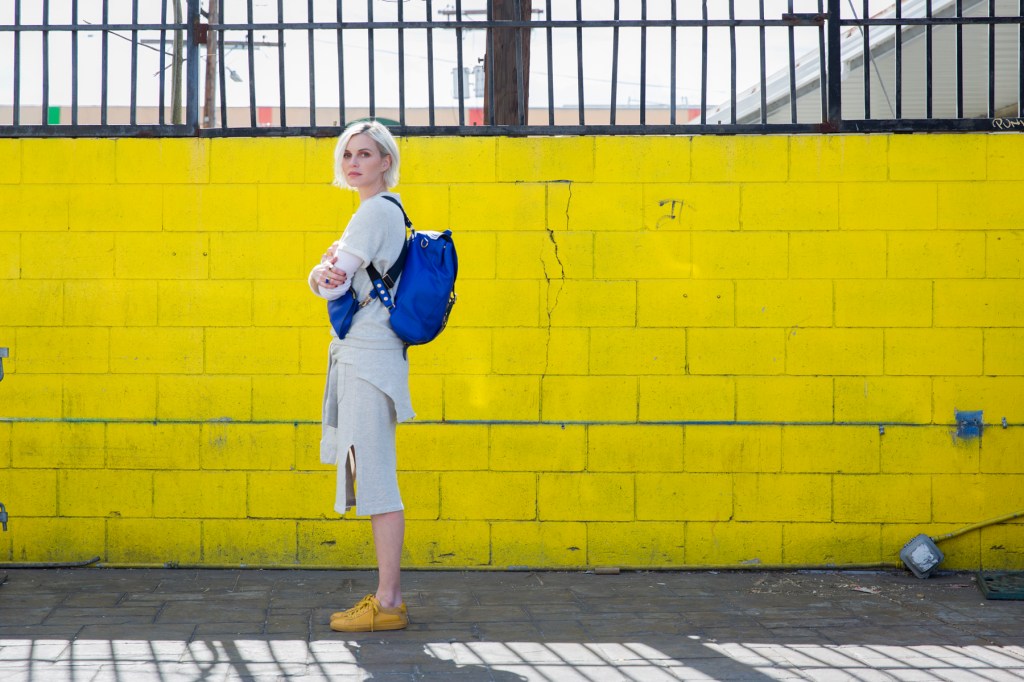 Timbuk2’s customers were once primarily messenger bag-seeking male customers. Now it offers an array of bags, half of which are scooped up by women.  Courtesy photo

Exemplis manufactures custom-built office furniture and accessories. The company owns SitOnIt Seating and Ideon furniture brands, and last year, it picked up Symmetry Office, which makes multipurpose workplace tables and accessories. Some of the hallmarks of the business are sustainable design, efficiency and considerable expertise in customization.

The deal is poised to help strengthen Timbuk2’s efforts to expand its product assortment. The bag company, once known for catering to mostly male customers seeking messenger bags, now derives half of its sales from women and more than half of its revenue from backpacks. Cazzato also established a team mostly comprised of female executives.

The expansion’s not over yet. Timbuk2 is now eyeing luggage, with a lineup that already includes duffels and other soft-sided items. DeVries plans to help the brand “innovate in the travel luggage space” — which makes sense, given Exemplis’ expertise in producing rugged and stylish products.

Timbuk2 plans to stay put in San Francisco, where it has operated for three decades, as well as maintain its 26 stores and 130 employees.