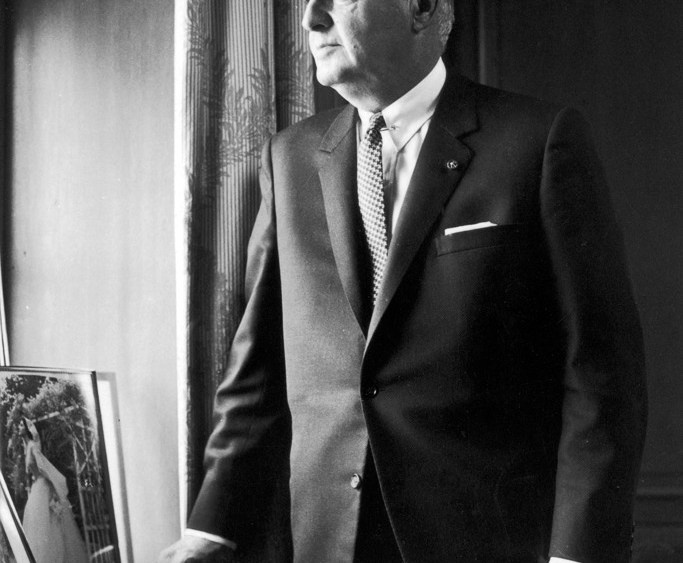 1928
Bergdorf’s moves uptown to Fifth Avenue and 58th Street, the former site of the Cornelius Vanderbilt Mansion. Edwin Goodman turns the penthouse into an apartment. The Goodmans, known as “the first family of fashion,” live there for more than five decades.

1951
The Goodman family celebrates Bergdorf’s 50th anniversary with a black-tie gala at The Plaza.

1965
Barbra Streisand sings and dances her way across the main floor of the store in the CBS television special “My Name is Barbra.”

1974
Ira Neimark becomes chairman and chief executive officer and embarks on a strategy to elevate Bergdorf’s to an elegant, world-class bastion of luxury labels and prestigious designer collections.

1979
Bergdorf’s one and only branch in White Plains, N.Y., shuts down five years after opening, but is converted to a Neiman Marcus, which finds success on the site.

1984
Miss Piggy and Joan Rivers film a segment of “The Muppets Take Manhattan” on the beauty floor. They misbehave and promptly get fired.

1990
The Bergdorf men’s store opens at 754 Fifth Avenue, across the street from the women’s store. Ira Neimark retires and Burton Tansky takes the reins of Bergdorf’s.

1993
Andrew Goodman dies at age 86, and his wife Nena soon thereafter moves out of the Bergdorf ninth-floor penthouse.

1997
The penthouse gets converted to a John Barrett Salon.

2002
Bergdorf’s creates a shoe “salon,” becoming the first upscale store to recognize the growing significance of the category.

2005
The Neiman Marcus Group goes private with a majority of the equity ownership held by Warburg Pincus and the Texas Pacific Group.

2009
“Sex and the City 2” films at Bergdorf’s — Carrie and her friends shop for wedding presents.