‘Tis the Season for Retail Parties 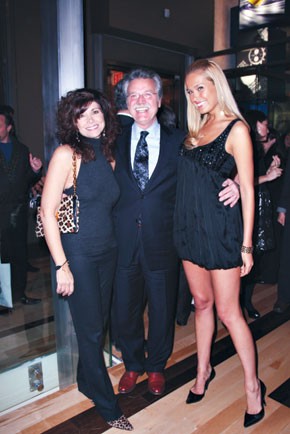 For Richter + Ratner, it’s been a year highlighted by relocating its offices to 1370 Broadway in Manhattan from Queens; the completion of several high-profile flagships including Bulgari on Fifth Avenue, Elie Tahari in East Hampton, N.Y., and Uniqlo in SoHo, and further diversification of the portfolio.

“One of the reasons we have survived so long is that we have been able to adapt and change with the marketplace,” said chief executive officer Michael Ratner, whose grandfather David founded the business in 1912. “We’ve been doing a lot of different kinds of projects, but we are not turning our back on retail. It’s our bread and butter and our history.”

R+R projects range from an art gallery on 57th Street between Fifth and Sixth Avenues to Space NK, the upscale English cosmetics retailer, both in the works, to a recently completed two-story exhibition space in the courtyard of Parsons The New School for Design.

“We’re not seeing monstrous growth, but business is steady,” Ratner said. “We’ve received a lot of inquiries from Japanese, French and Mideast companies inquiring about real estate, particularly in Manhattan, which hasn’t taken the same kind of hit that the rest of the country has seen.”

The day before, Fortunoff celebrated its store opening at 3 East 57th Street, a project that materialized rapidly. “We had two months to design the store and two-and-a-half months to build it,” noted Daniel Barteluce, president of Barteluce Architects & Assoc., who gave a tour of the store with Arnie Orlick, the ceo. “Would you have done it any differently if you had more time?” asked Orlick. “No, but we would have been a little more relaxed,” replied Barteluce.

The three-level store is marked by a grand entrance with an archway of recycled wood beams, brushed aluminum vitrines (also made from recycled materials), 440 linear feet of casework and an overall darkish earth-tone palette that helps put the focus on the brightly lit pearls, watches, earrings and diamond solitaires. There’s also a stainless steel vault that’s used for private viewing, but that’s not actually where merchandise gets locked up.

“We have a very wide range of merchandise,” Orlick said. But apropos of the location, near Bulgari and Tiffany, the assortment excludes costume jewelry and the prices skew higher than its other stores, Orlick said.