The Canada-based activewear brand has opened a San Francisco flagship as it tests appetite for the brand beyond its home country. 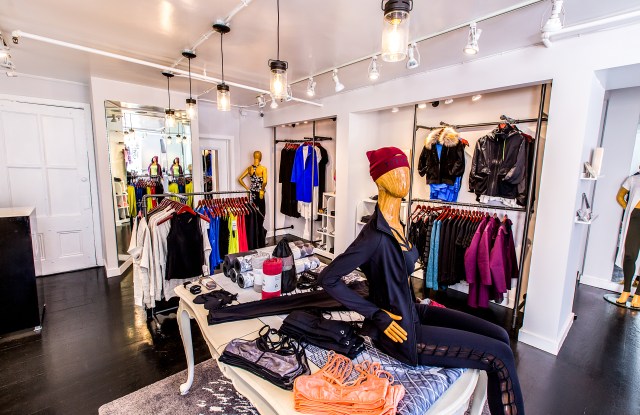 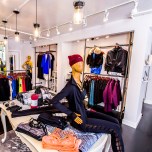 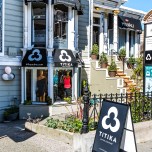 Can the U.S. support another activewear brand? Canada-based Titika Active Couture would answer in the affirmative.

The fashionable, performance fabric-based label has planted its first brick-and-mortar flag in the U.S., picking San Francisco for its home.

“We did research for almost a year looking for different cities based on weather and demographics,” said Titika Active Couture director of marketing Deborah Yeung. “We had been to other West Coast cities as well as the East Coast, but one of the things we liked was the rich history. There’s a lot of art. It’s a very interesting mix of culture and quite a few elite tech companies.”

Titika Active isn’t exactly new to market. The business launched in 2009 and counts three brick-and-mortar stores in Canada. The company also keeps three separate e-commerce sites: one each to serve the Canadian and U.S. markets with a third to service the rest of the world.

Designs are produced in Canada, while manufacturing takes place in the company’s factory in China. Prices average around $70 for the company’s leggings, sports bras are around $50 and tanks retail for about $30.

The company took up a 600-square-foot space on Union Street in a Victorian building from the 1800s previously owned by a ranch farmer. The area is also fitting with related co-tenancies including Lululemon, SoulCycle and a few gyms.

A three-day grand opening event is slated to begin March 31.

“If you think about the current activewear market, it’s between two ends of a spectrum,” Yeung said. “One is sporty and the other is fashionable.”

Titika Active fancies itself somewhere in the middle appealing to both sides of that coin with pieces made from performance fabrics at competitive prices designed to be mixed and matched for wear throughout the day. It’s for a person ranging in age from her 20s to early 40s who is mindful of her health but not necessarily a gym rat.

San Francisco is seen as a litmus test for U.S. retail and while the company has plans to open more stores, it’s too early to say where else, Yeung said.

“San Francisco is a way to get our physical presence in the U.S. and get to know and understand the customers a little bit more,” she said. “The U.S. market is quite different from the Canadian market so we want to  learn more and then start venturing out to other cities.”