Success for luxury retailers today requires a clear and distinctive brand that is reflected consistently across channels and customer experiences.

If you’re a chief executive officer of a luxury brand today, you better have a collaborative personality.

That’s the word from a new report titled “Embracing Digital: Luxury CEOs Take on the Role of Chief Collaborative Officer” from executive search and leadership consulting firm Spencer Stuart. The report found that ceo’s who create a “collaborative and agile culture” are best equipped to develop innovative solutions to new problems and instill brand loyalty in their customers.

The study found that those organizations that will emerge stronger from the coronavirus crisis are those with leaders who can orchestrate collaboration and cooperation across their teams and all customer touch points — social media, advertising, the designer they select, the products and collections, the look and feel of stores and the services provided in the stores.

The report was a collective effort with several consultants from Spencer Stuart’s Global Retail team, including Susan Hart and Sally Elliott, coleaders, global retail practice. While most of the interviews took place before the pandemic began, the firm believes the insights gleaned are as relevant, if not more so, in the context of the crisis.

The study shows that success for luxury retailers requires a clear and distinctive brand that is reflected across all channels and customer experiences. Technology and a digital mind-set, especially where brick-and-mortar is no longer separate from e-commerce, enables companies to provide a holistic experience for consumers.

In a telephone conversation, Elliott and Hart said they started interviewing the executives at the end of last year and continued into early 2020. “We did a little refresh with people as the pandemic was upon us,” said Hart.

“I think the interesting thing is, in a way, there were surprises,” said Elliott. She said they knew that having digital capability and an agile organization were really important before the pandemic, but what they’ve seen since is digital and collaboration have been magnified many times over. 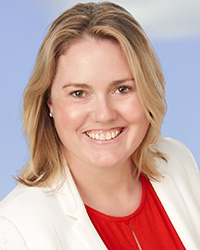 “Even the most experienced ceo’s said to us that building a seamless, collaborative organization has been the most important of their learnings during this period of time. What they were telling us was the ideas and the solutions are coming from everywhere in the organization,” said Hart. She said Spencer Stuart clients have told them that previously things that might have taken months to be discussed at great length, now teams get together and they’re making decisions quickly.

Further, what came out in their conversations is the combination of balancing the right level of data and analytics while keeping that intuitive sense about product and where the customer is going. “I think people have a greater appreciation for the use of the data, because they’re getting so much of it, but it’s how they use it,” said Hart.

Considering the crisis, the timing for brands that have invested heavily in digital capability could not have been better, the report found. Hardest hit during the pandemic were firms with broad brick-and-mortar footprints that had yet to transition to an omnichannel model. To be sure, brick-and-mortar and e-commerce are no longer bifurcated in the consumers’ eyes.

“When they buy something from your brand, customers don’t care if it’s being delivered or purchased in-store. They simply want impeccable service,” said Thierry Andretta, ceo of Mulberry, in the report.

“We no longer focus on [just] the shopping experience but on experience. Everything we do is part of the same story,” said Vittorio Radice, vice chairman of La Rinascente.

The report pointed out that prior to the COVID-19 crisis, online sales accounted for 12 percent of the personal luxury goods market, according to Bain-Altagamma’s 2019 Worldwide Luxury Market Monitor, with 75 percent of purchases influenced online. Due to this, many luxury retailers have already shifted much of their marketing spend to digital channels. “Digital advertising is much more efficient than traditional advertising. You can immediately see results and change strategy,” said Alexander Pavlov, ceo of Tsum.

They are also using digital to connect with a younger consumer. “We see digital as a channel to communicate with younger people and help us engage with those customers. It’s a good way to build brand and customer engagement,” said Paulette Sum, group general manager of King Fook Holdings Ltd.

Whereas 10 years ago digital might have been the job of the information technology function or an isolated digital team, “today leaders at the top must embrace digital, make it a priority and model that mission for the organization,” according to the report.

Ralph Lauren ceo Patrice Louvet led a digital transformation at his company, underscoring his vision with his first hire after he joined in 2017: a chief digital officer. Today the company’s designers are using 3-D for product creation and RFID technology all across the supply chain, opposed to when he had first arrived and his factories in Italy were still using traditional hand-drawn patterns.

The report noted that today’s luxury leaders are harnessing data for more than just personalized marketing. They’re using artificial intelligence in the supply chain to automate the management of warehouses and the maintenance of machinery. They’re also using data to make better and faster decisions about product design.

As Francesca Bellettini, president and ceo of Saint Laurent, explained, “We don’t necessarily need a data science department isolated from the rest of the company. We need digital and analytical talent in every function — a cross-pollination of capabilities and competencies, fully integrated in each team.”

The report also noted that leadership must be less hierarchical and more collaborative, because innovation can’t occur in traditional siloed organizations. “Leaders must breed autonomous decision-making throughout their organizations, rather than the ceo and creative director deciding everything from the top,” according to the report.

“Command-and-control leadership is over,” said Louvet. “The world is too complex and moving too fast for that type of decision-making. It’s now about trust and empowerment of teams.”

La Rinascente’s ceo, Pierluigi Cocchini, added, “Our most critical leadership roles are store managers. We want them to be courageous, visionary entrepreneurs, who can interpret the local market and create a unique and unparalleled experience for their particular customers.”

With travel restrictions likely to continue, leaders are preparing for ongoing disruptions to business from international customers. Engagement with and loyalty from local customers is more critical to success than ever, the report said.

One ceo shared the importance of giving total freedom to the creative teams during the crisis to encourage different ways of thinking and experimentation. The outcome may be the next idea to help brands emerge stronger from the pandemic. The report noted that successful luxury leaders must remain in an entrepreneurial mindset and be willing to tolerate failure in order to learn from mistakes, and be willing to “fail fast.”

As Alessandro Bogliolo, ceo of Tiffany, put it, “In today’s world of luxury, you have to be thoughtful. experiment first and then decide how to proceed. It’s more trial and error now. If your leadership style is fixed, that’s a threat.”

Prior to the pandemic, sustainability was called the biggest priority. Spencer Stuart believes that sustainability will be defined on an increasingly broad basis going forward, reflecting not only the environmental impact but also a brand’s overall purpose and values and experience by customers and colleagues. The most successful executives are those who have been able to connect their individual purposes as leaders to that of their organization, according to the study.