For Tonino Lamborghini’s first brand store, it had to be Las Vegas.

“I can see in Las Vegas a huge opportunity, it’s an amazing spot for us,” Ferruccio Lamborghini, vice president and chief executive officer of the brand, said from Italy. “It’s a good way to show up in the U.S. without having to be in New York City.”

And New York probably wouldn’t have been the best place for the first Tonino Lamborghini store anyway. Vegas, with its general appeal to a less conservative and more macho type of male consumer, is suited to the brand’s product range, largely focused on men’s watches and accessories, it’s best-selling items, but also producing a full range of furniture.

“Let’s say that every time you hear the name Lamborghini, you are expecting something that’s strong with a cutting edge, it’s the same,”  Lamborghini said of the Vegas clientele he foresees. “Not classic, let’s say.” 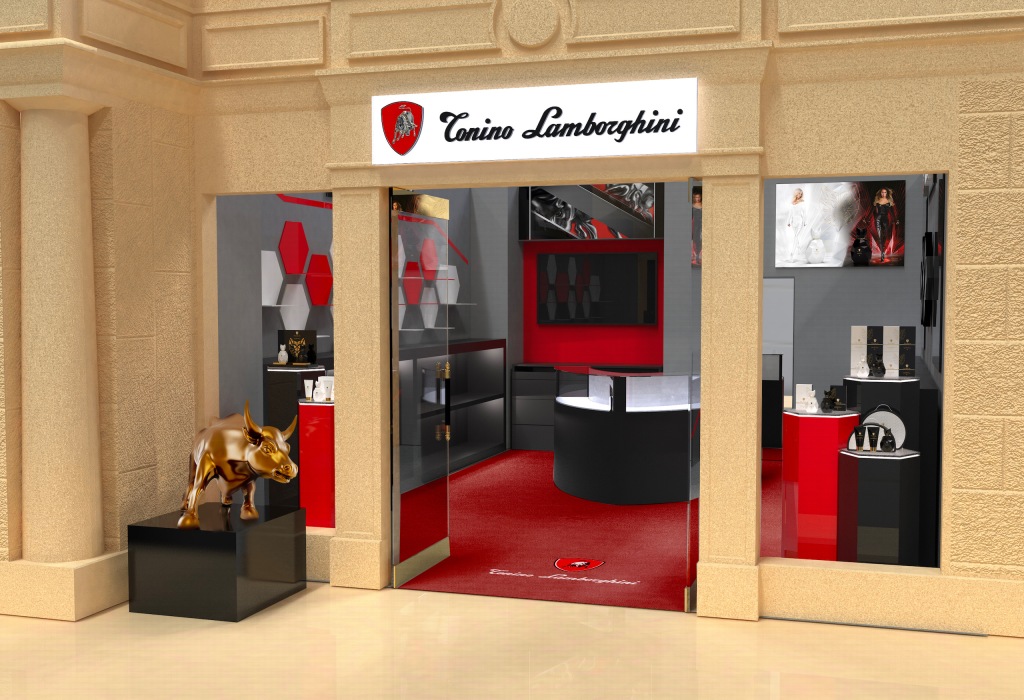 But Lamborghini — the son of eponymous brand founder Tonino Lamborghini and grandson of his namesake, the late Ferrucio Lamborghini who founded Automobili  Lamborghini — will be making his first visit to the U.S. city when the store opens in Caesars Palace next week.

Despite being around for almost 40 years, the Lamborghini brand is still almost entirely wholesale, with only some online business for accessories. Revenue for the brand is around $50 million, according to Ferrucio Lamborghini, a number he expects to grow by at least 15 percent this year.

The opening of the brand’s first store has been in consideration for several years, “but due to the retail crisis in the last couple of years, we decided to postpone,” Lamborghini said. Now, the store is opening in partnership with Desire Fragrances, led by Antonio Lemma, the company’s president and creative director. And the brand is coming out with new fragrances, for men and women. Cosmetics are also in development.

“We are a male-oriented brand, but this doesn’t mean we’re not looking out for the ladies,” Lamborghini said. The idea is to start with smaller items, things a male shopper would likely buy for a woman, before getting into the women’s market in a larger way.

“I’m always very positive, but I think this store is going to blow up in a way, it will be very, very visible, and it’s an alternative way to launch a fragrance in the U.S,” Lemma said. “I have a very high expectation and I believe the Lamborghini watches will do fantastic in the shop as well.”

And Lamborghini does not intend to rely solely on foot traffic to drive sales. There are already plans to do six in-store events this year, along with sponsorship deals with celebrity performances at Caesars, which tends to draw big-name pop stars later in their careers. The Vegas store is expected to be so successful, that Lamborghini is already thinking of more stores in the U.S., which he admits has a different consumer than his home of Western Europe.

“The U.S. customer is way more open-minded, to new ideas and designs and disruptive solutions,” Lamborghini said. “The Europeans, they are way more classic.”