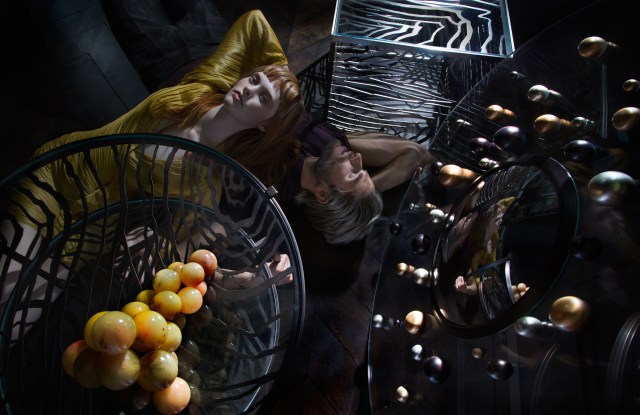 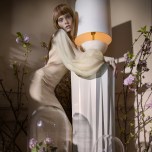 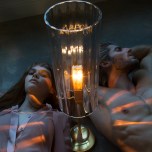 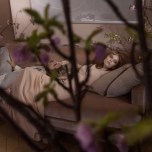 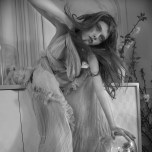 Tony Duran, the Los Angeles-based photographer known for his sexually charged images of celebrities, nudes and fashion, might not seem like the obvious choice for a furniture ad campaign.

His photos heralding Baker’s new collection designed by Jean-Louis Deniot, are mysterious and sensual; they dovetail with Deniot’s elegant and voluptuousness furnishings, such as a blush velvet sofa, white chaise lounge and gray rounded dresser.

Some of the images look like they could have come from a story in a fashion magazine, which is due in part to the fact that the models in the campaign wore Dior, Gucci and Lanvin.

Since Baker is owned by Kohler, it wasn’t a stretch to tap Duran.

An ad in “The New Traditionalist” campaign shows a woman wearing a mustard-colored dress lying on the floor with her head resting on a man’s chest, surrounded by Deniot’s brass accent tables with a water design.

In another, the woman is sitting on the edge of a bench with the man’s legs wrapped around her own. The couple can again be glimpsed through flowering branches, lying together on a sofa.

The most striking image is of a woman “wearing” Deniot’s Heliodor accent table, an hourglass-shaped white resin piece with inverted pleats and band of antique bronze metal at the nipped-in waist.

The Jean-Louis Deniot collection was introduced at the High Point market on April 16 and will be available at Baker’s U.S. showrooms in June and in Europe in September.

The campaign, which will run for two years, consists of single and double-page spreads bowing in the fall in fashion and culture magazines. Images will also be used for the Baker Web site, a print brochure, postcard series and giant light boxes in Baker showrooms around the world.

Baker in the fall plans to sell limited-edition chronograph prints of Duran’s photos in New York, Los Angeles, London and Paris. A coffee table book of Duran’s work will be published in the fall with a forward by Deniot.

The collaboration is another example of fashion and furniture’s mutual admiration society. During last week’s Salone del Mobile furniture fair in Milan, brands such as Massimo Dutti and COS enlisted architects and interior and industrial designers to create installations in the windows of their local stores.