Tony Spring in Defense of Department Stores, and Bloomingdale’s Future

In a tough retail climate, the brand is hanging in and sees avenues for growth. 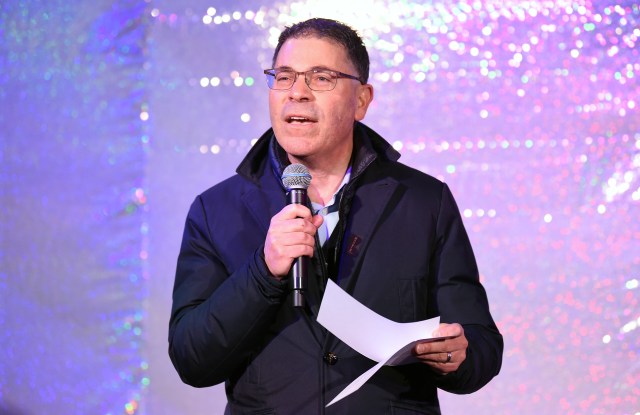 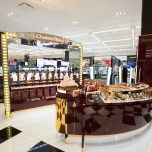 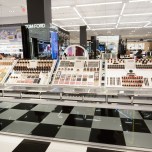 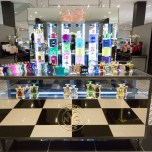 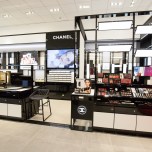 Amid all the retail brick-and-mortar downsizing, consider Bloomingdale’s an outsider.

With a full-line store opened in Norwalk, Conn., on Nov. 14 and another coming up next year in San Jose, Calif., there’s a view at the $3 billion, 35-unit Bloomingdale’s toward adding department stores as well as outlets.

“Unlike others, we still have opportunities for expansion,” said Tony Spring, Bloomingdale’s chairman and chief executive officer. “Connecticut is another step in looking at the portfolio and evaluating market opportunities for growth.” 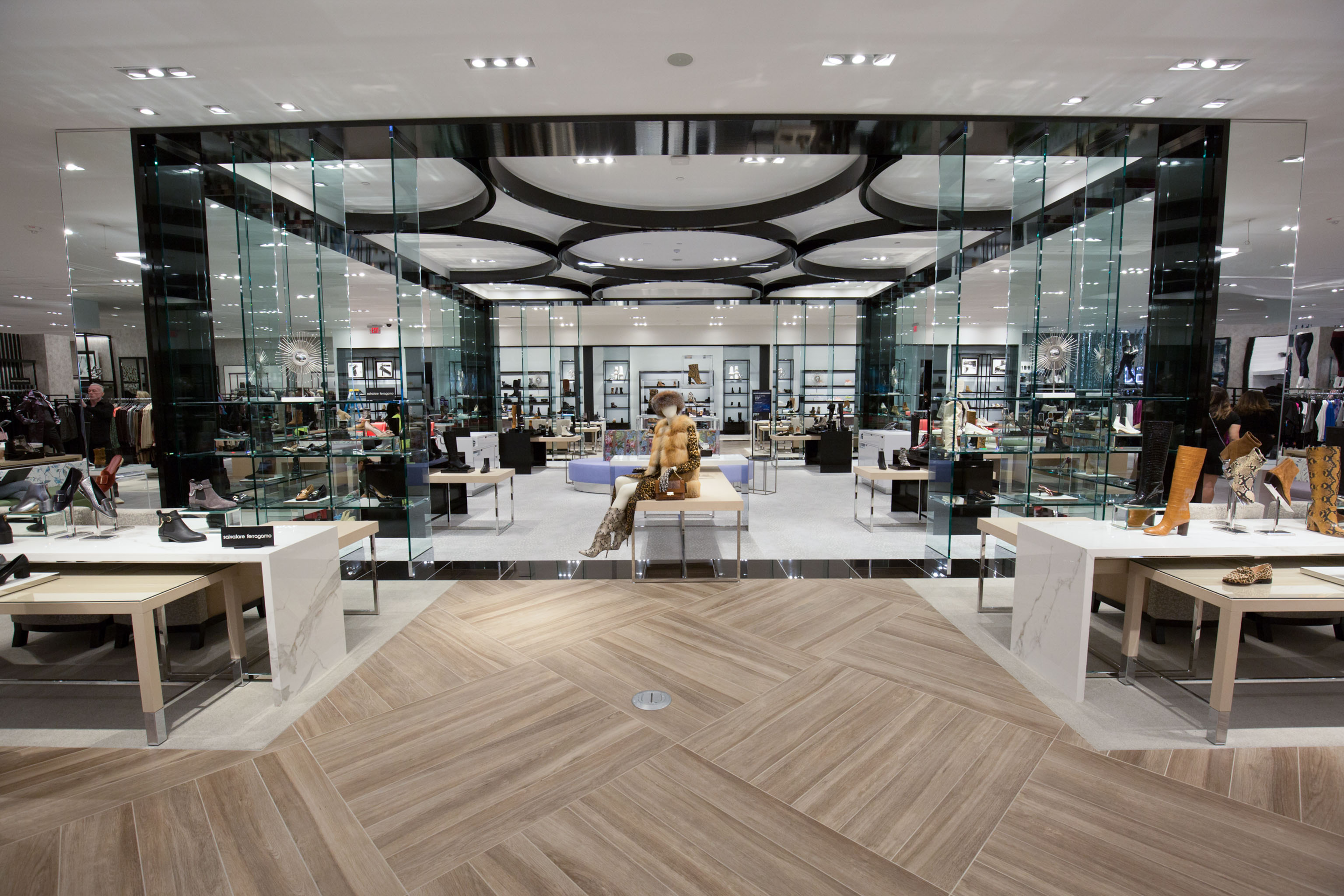 Texas, Washington, Michigan and Arizona, where there are no Bloomingdale’s, as well as the Boston area, where Bloomingdale’s has only one store in Chestnut Hill, Mass., would be on the radar. In north Miami, Bal Harbour Shops is expanding and for years pursued Bloomingdale’s. Barneys had planned to move into Bal Harbour Shops, until going bankrupt last August and getting sold, which poses an opportunity.

“Today at 35 full-line stores, there is opportunity for Bloomingdale’s to surgically expand compared to its competitive set which is really going into more of an editing mode,” Spring said. “It feels like this is a moment for Bloomingdale’s to capitalize on the unique time in the market. We don’t have too many stores. We have a younger customer. Some competitors are struggling.”

Recently, two Bloomingdale’s outlets opened, bringing the outlet count to 19. “We have more on the docket,” Spring said. “We have seen people open outlets for the sake of door count. I want to find the right locations.”

Overseas, no new stores have been announced, though Spring said, “There is opportunity in the future for additional international growth. It’s got to be the right partner and the right market.” Bloomingdale’s operates two licensed stores in Dubai and Kuwait in partnership with Al Tayer.
Last week, Macy’s Inc., the parent company of Bloomingdale’s, Macy’s and Bluemercury, reported weak third-quarter corporate results and guided 2019 sales and earnings downward, though specifics on Bloomingdale’s are not broken out. The report sparked renewed concerns from analysts and pundits about the long-term viability of department stores amid thinning traffic at many malls, e-commerce migration, and not enough innovation.

“We are all challenged to make sure we are reinventing,” Spring added.  “A new store like Norwalk, it’s got to resonate with this Connecticut community and have the DNA of Bloomingdale’s.”

Spring won’t discuss Bloomingdale’s performance, though one source close to the business said, “Things are not bad and things are not gangbusters.”

In an exclusive interview with WWD, Spring presented a realistic outlook on the future and gave the case for department stores. He discussed everything from Bloomingdale’s new Norwalk store and localizing the appeal to honing the brand DNA and increasing food and beverage offerings and how customers crave the yogurt served at Forty Carrots inside Bloomingdale’s.

“Don’t mistake my point. I love the digital business,” Spring said. “I love the growth in digital and we are going to be bigger and we are going to better at it. That being said, we are in a tactile business. You try things on. You touch things. You converse with other people. You match things together. You can’t search online for what you have never heard of before. And you think something popping up online for one second is discovery? You can go to the Disney app or you can go to Disney World. There is just only so much on a small screen that you can do to create an emotional business.”

Discovery, he said, is integral to the department store experience. “We know that a third of the purchases in store are still impulse, that you still have a sense of discovery that occurs when you go through a store. That’s the visual impact. That’s the animation of special events. That’s the humanity of salesmanship.”

Replenishment items, as a percent of the overall volume generated at stores, will shrink due to the convenience of the Internet. Yet Spring suggested sales on the Internet will only grow so much, citing a UBS report predicting that the Internet will account for 30 percent of clothing and footwear sales by 2023. He won’t disclose digital sales as a percentage of Bloomingdale’s total business, though it’s said to be less than at Neiman Marcus or Nordstrom, which report around one-third.

Aside from the store and digital channels, Bloomingdale’s sees growth via private brands, particularly its 20-year-old Aqua label; by adding stylists to the selling floors for greater service; building a niche fragrance businesses with brands like Creed, MFK, and Frank Gore Jokinen; adding F&B, and through an ongoing program of store renovations. Stores in Riverside Square in Hackensack, N.J., on Michigan Avenue in Chicago, and in Roosevelt Field on Long Island are undergoing renovations and updates, and work is planned for the South Coast Plaza store in Costa Mesa, Calif.

“Because we have a smaller portfolio, we have the opportunity to keep it updated and feeling modern,” Spring said. 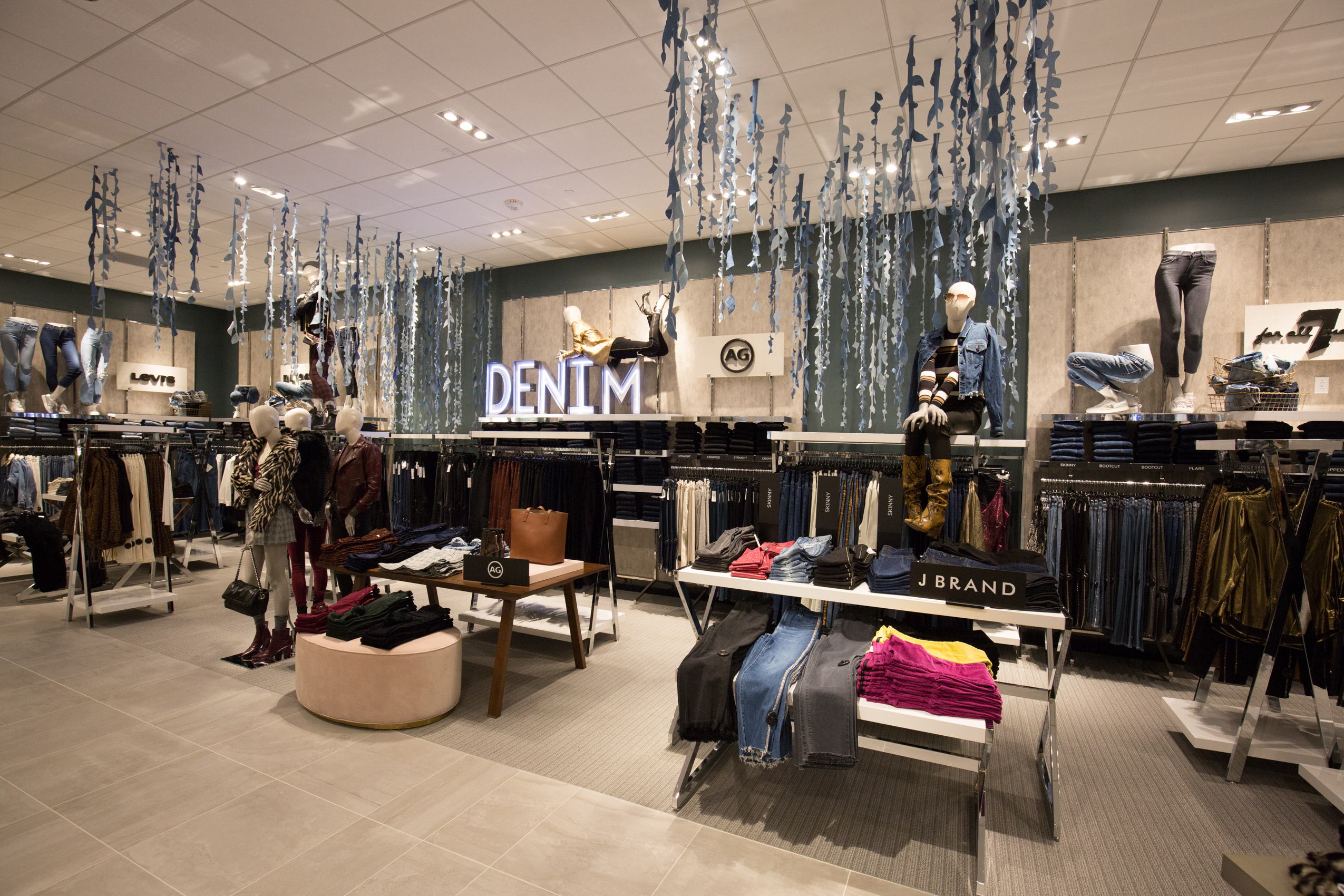 Premium denim is key at Bloomingdale’s in Norwalk and throughout the chain.

Zendaya, before she collaborated with Tommy Hilfiger, did a collaboration with Aqua. “You see (celebrities) come here first before they take off in fashion,” said Spring, explaining that Zendaya was a popular entertainer when she partnered with Bloomingdale’s, though not yet recognized in the fashion world.

“Sometimes people get their comfort level and sea legs and familiarity with fashion with a brand like Bloomingdale’s. We also did a collaboration with Odell Beckham Jr. before Nike took him on. We did the premiere for the second season of ‘Big Little Lies’ with HBO at our Century City store in L.A. Several studios pitch us ideas. We’ve been a brand that is of-the-moment, culturally relevant across all forms of entertainment including Broadway, Hollywood and sports. We look at who is trending and who is beginning to pulse with the next generation of customer. Let’s face it, by the time somebody gets big, they are no longer as interested in working with someone who has a smaller footprint. We can be a great place to incubate, to help you learn the market.” 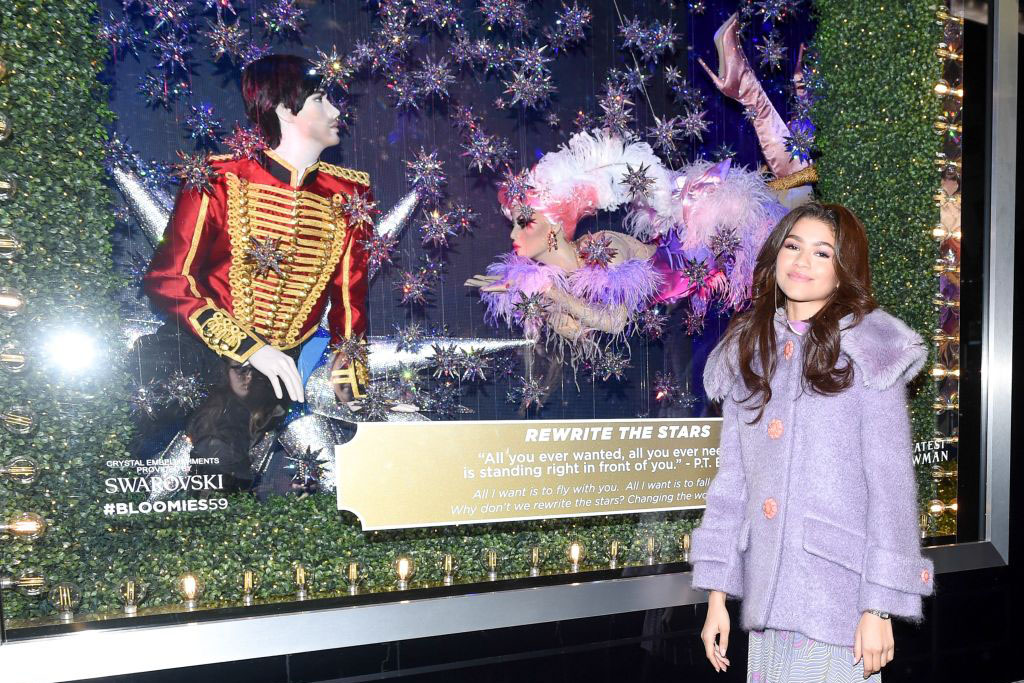 Zendaya was part of a Bloomingdale’s fashion campaign two years ago.  Masato Onoda for WWD

Though some of that L.A. vibe seeps in, “It’s hard to say we don’t have a New York foundation,” Spring said. “When done appropriately, the influence of New York on our approach to fashion or on the pace of what we do is an advantage. Our stores have a soul — more energy, more theater, more tech and not tech for tech’s sake. It’s tech to really enhance the selling and service. There is animation, music, visual influence, a design-driven strategy. You are coming to a party versus going to a place simply of commerce. More mannequins, mixing items from different vendors to create a look. We create a point of view and an ambience that’s very important in the delineation of one department from the next. We incorporate the right balance between vendor presentations where it lifts the volume and the category, and flexible space and classification presentations. It’s a balance. We are in a business of balanced decision-making, placing your bets on certain things, making sure that you give the customer the best of both worlds. And that’s what I think is a big advantage for a multibrand store like Bloomingdale’s. You can present a powerful brand like Chanel cosmetics and also shop for denim and pick up three and four pairs of jeans and go into the fitting room and see what fits. It’s a lot harder if you have to go to so many different places to do that.”

Stylists, bringing service and a human touch to physical shopping, are playing a greater role. “It’s that agnostic seller who is not connected or committed to one brand, but has a good understanding of your taste and lifestyle needs,” said Spring. “I don’t think we quote a number, but we have probably tripled the number of stylists in the last 18 months. They’re modern versions of the personal shopper. We still have a great personal shopping business. They tend to be more private and  personal and have bigger clients for many years. A stylist tends to be less appointment-based, more casual, but both are equipped with similar technology to support them. Stylists might have a bigger database of people to work with. They use technology more naturally. If you look at 59th Street probably the best representation of stylists is on the second floor next to the Studio 59 restaurant. There are 18 to 20 stylists on that floor.”

On the private brand side, Bloomingdale’s Aqua brand, already covering several categories, adds swimwear next year. “Aqua is a very healthy and important part of our business,” said Spring. “It’s the accessible part of the Bloomingdale’s fashion model.”
Last fall, Bloomingdale’s launched the LINI private brand. “It’s more advance price points so there are great blazers, leather pieces, pants. It’s intended to fill the white space between collections in contemporary and the price points in advanced contemporary collections.”
“In home, a brand like Hudson Park (Bloomingdale’s own) is top quality, but positioned more affordably so you can get 600 or 800 thread count sheets in Italian fabric and made in Asia.
“It’s important that we remain wholeheartedly focused on presenting the most important, relevant market brands to our customers, that are in style, cool and complement those with a private brand business.” Bloomingdale’s private brand business is smaller than Macy’s or Nordstrom’s, as a percent of its overall fashion business, according to sources.
“It’s growing but it’s intended to not replace the most important brands and partnerships we have,” said Spring. “It’s intended to complement and fill white space and round out our assortments. Aqua is one of the most requested brands. I think (shoppers) look at it as being a brand that delivers fashion at a reasonable price. When you are buying an item at a price, you are really not going for label designation.”
At the 59th Street flagship, there’s been a big development. “We have deconstructed the food hall and made a really fun (dining) experience, whether it’s Studio 59 on the second floor, Magnolia’s having the best cupcakes, Flip having the best burger, or Forty Carrots serving the best yogurt. The loyalty to the yogurt is unbelievable.” At one time, Bloomingdale’s considered opening an actual food hall but never struck a deal with an operator.
In December, Daikanyama, a Japanese restaurant, will open in the flagship. “We have been opening a lot of restaurants,” said Spring. “Fifty-ninth Street is a stand-alone building where we have an obligation for this, if we want dwell time to be high. Opening restaurants is not a new idea. But we haven’t talked about them enough.”
Perhaps, Bloomingdale’s itself, could be a bigger part of the conversation. 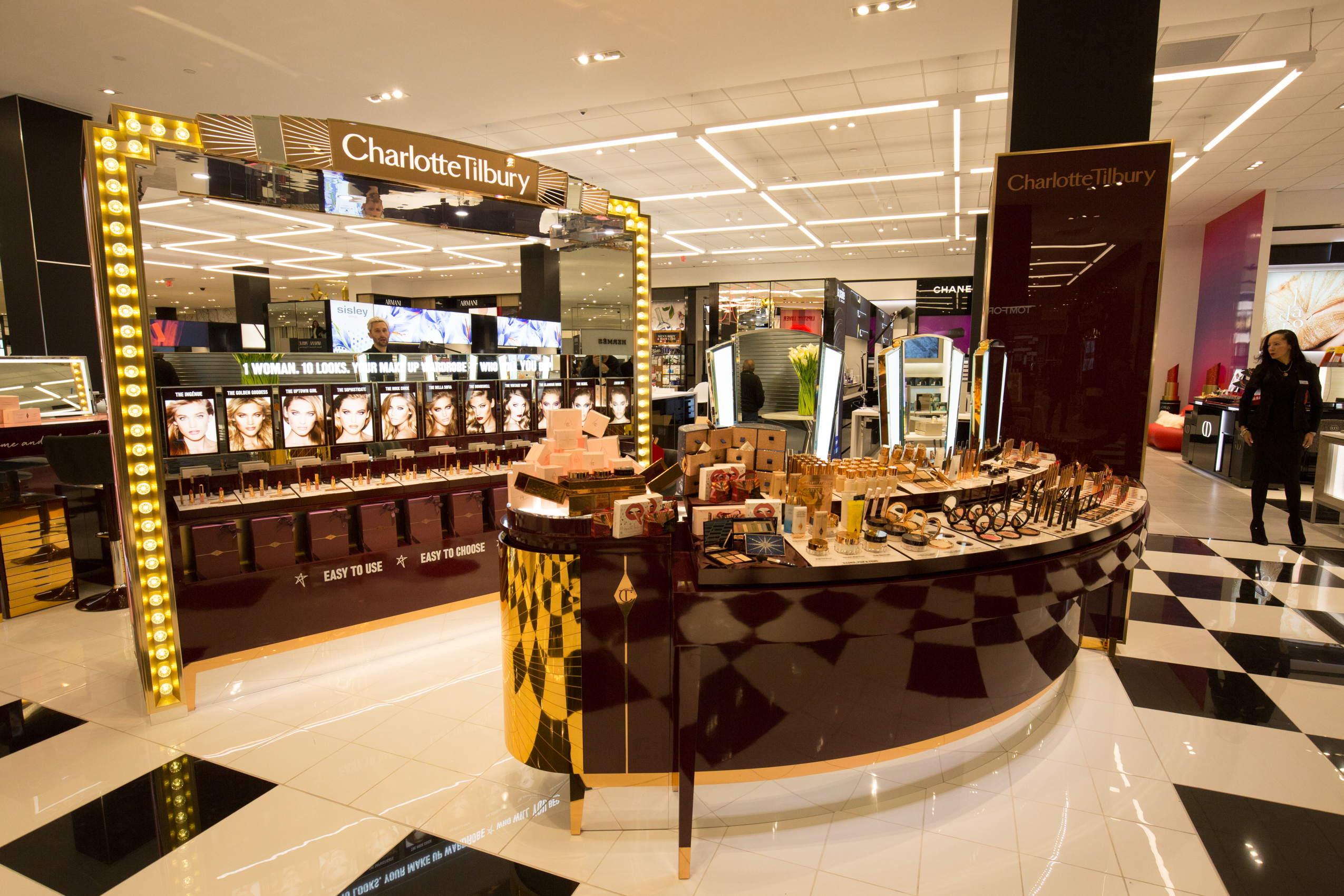 The Charlotte Tilbury set up at Bloomingdale’s Norwalk.