For Marc Jacobs, 2007 has been another banner year, filled with as many creative peaks as with controversy. It made him one of the most-talked about designers in New York and many will continue to watch his movements next year. 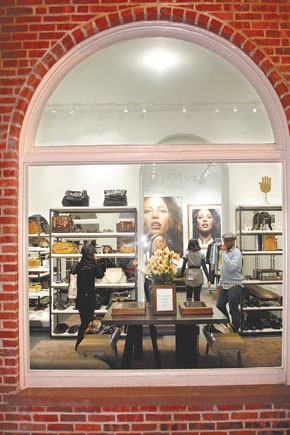 For Marc Jacobs, 2007 has been another banner year, filled with as many creative peaks as with controversy. It made him one of the most-talked about designers in New York and many will continue to watch his movements next year.

After Jacobs’ spring show in September, which started two hours late and caused quite a few grievances in the fashion community, the designer’s fall collection in February is likely to be much anticipated, especially now that he has confirmed he will continue to show in New York — but this season on the last day of the shows.

Jacobs’ Louis Vuitton accessories collaboration with artist Richard Prince, which will launch at Vuitton boutiques for spring, is equally anticipated. Some are predicting the bags will be the must-have items of the year, replicating the success of the designer’s collaboration with Takashi Murakami, and that it will only be a matter of time before their look will inspire lesser-priced accessories makers.

“We wanted to do a separate children’s store,” said Robert Duffy, president of Marc Jacobs International. “The children’s collection needs to be housed in its own space, since we wanted to also offer accessories, stuffed toys and antiques. I want to make it special.”

As for the accessories boutique, Duffy said he wanted to take the Collection tier off Bleecker Street.

“Collection needs to be housed in a special place,” he said. “We used to have a Collection accessory store on Bleecker Street but stopped it when it became more of a secondary and contemporary line street. We missed that business and people asked us to bring it back.”

The two stores are just part of a larger retail expansion strategy that will carry through 2008 and beyond, with additional stores in the U.S., the Middle East and China. The plan is to open Collection stores in Chicago and South Coast Plaza in Costa Mesa, Calif., and a Marc by Marc Jacobs store on the Rue Saint-Honoré in Paris and Mount Street in London. There also are plans to open three stores in Saudi Arabia, two stores in Kuwait and a third store in Dubai, as well as new units in Indonesia, Malaysia and Vietnam, a region Duffy plans to explore next month.

“I am also looking at Philadelphia on Walnut Street and Georgetown for Marc by Marc,” Duffy said.