Topshop to Bow in Hong Kong

The new store will offer about 20 to 25 percent of the brand’s collections, including trends, footwear, boutique, denim, petite and beach. 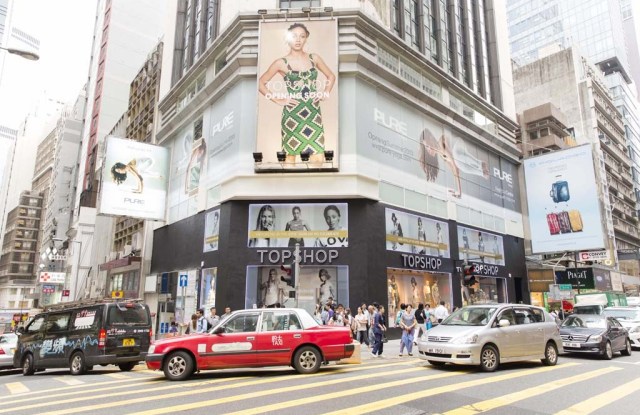 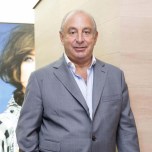 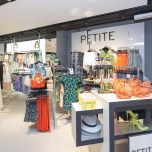 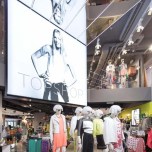 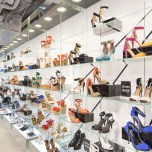 The new store will offer about 20 to 25 percent of the brand’s collections, including trends, footwear, boutique, denim, petite and beach. There will also be some special merchandise available only in Hong Kong — namely some dresses, recycled merchandise and T-shirts.

Sir Philip Green, the retailer’s owner, said three out of five of Topshop’s top-performing stores are currently in the region — two in Australia and one in Tokyo. “This is a fashion-conscious community,” said Green. “In each of the markets, there are slight differences in weight of fabrics, seasonality, but we’ve found our way.”

For the Hong Kong store, Topshop partnered with Lane Crawford’s Lab Concept. Green said the whole process took about half a year.

“They’ve got the location, we’ve got the goods. That makes a good team,” he said.

Green expects that the petite department, which is a “huge” business for Topshop in the U.K., should do very well in Hong Kong, as well as footwear, which is doing well in department stores around the world.

Green declined to say what Topshop is spending on rent, but acknowledged that it is paying prime rent for a prime location.

“If you go today to the 10 major cities of the world, in the prime areas, it’s the same everywhere. The prime is hot and the rest is cold. Whether it’s a mall or street, prime is prime is prime and very expensive. We’ve never been a vanity taker of shops. We take shops to make money,” he said.

Building the two-story Hong Kong store, located in what was previously the home of China Arts & Crafts (a popular spot for tourists looking for a one-stop shop for quality souvenirs), was “a challenge,” Green said, noting that there were numerous corridors and divided spaces. The space was opened up but still maintains some walls so that it resembles “shops within a shop.”

Green was tight-lipped about further expansion plans in the region, calling it a “constant, evolving process,” but said that the company has no concrete plans to open more stores in Hong Kong or China in the near future. But clearly, Topshop sees Hong Kong as a stepping stone into China and Green noted that several landlords from China will be visiting the Hong Kong Topshop this week.

“Having a stand-alone store gives us a completely different opportunity to talk to people. When people see the business operating here, it’s very different. We’re here. Now you can have a proper feel,” he explained.

Besides physical locations, e-commerce is playing an important role in Topshop’s expansion. The company started shipping to Hong Kong and elsewhere in the region even before the store opened. The brand now ships to 100 countries worldwide including China, South Korea, Taiwan and Vietnam. Social media is also a key part of the marketing strategy. Topshop Hong Kong has its own Facebook page, which currently has 2,480 likes. Keith noted that a lot also has been done with local bloggers and on Weibo, China’s version of Twitter.

In terms of other regions, Topshop is looking closely at the North American market, with a target of $1 billion in revenue in the U.S. in the medium term. Green said stores in Europe have been doing “okay” despite the struggling economies — “no fireworks” but “not unhappy.”

“I think we’re learning from their experience. We’ve just had a team visiting America visiting 12, 13 states. We have a lot of things we’re learning, talking about,” Green said.

Even with the plans to grow Topshop, Green isn’t concerned about making changes to the supply chain to feed the stores. He said confidently, “If there were twice as many stores in the world, there would still be an oversupply of goods.”

Topshop has been known for its speed to market, something that the company has achieved by moving production closer to home markets.

“We’re not dancing around trying to save 20 cents,” he said. “We’ve tried to pride ourselves on trends, being first, newness. It’s about really being dynamic in terms of managing the supply chain.”

Recent headlines about the worker deaths in Bangladesh and Cambodia aren’t putting a dent in Topshop either. Green said Bangladesh is not a major supplier to Topshop, and emphasized that these things can happen anywhere, including “sophisticated” countries.

“I’ve been working in these regions for 35, 40 years,” he said. “Sadly, there are things from time to time that happen and we run our own code of conduct. Last year, we inspected 80-plus factories and our suppliers all have to sign up to the code. But at the end of the day, we don’t own the factories, and unfortunately there are certain countries, factories, people who will try to save a little money and work in the wrong building. I’d like to think that the garment industry after 25, 30, 40 years has massively developed a lot of these underdeveloped countries and has been helpful in employment.”