Independent designer boutiques are feeling the impact of the downturn even more than their larger brethren. 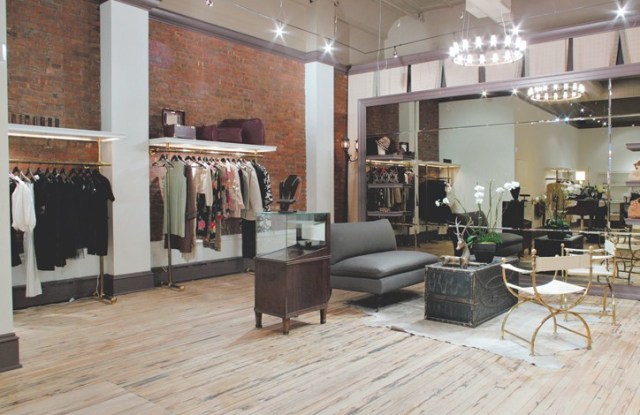 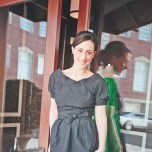 If the likes of Neiman Marcus, Saks Fifth Avenue and Nordstrom are struggling because of the economy, just think of how bad things must be for the little guy.

Independent designer boutiques are feeling the impact of the downturn even more than their larger brethren, which last month saw double-digit declines in comparable-store sales. And while larger chains can leverage units in healthier markets, trim fat from the organization, buy back company stock, use their clout to negotiate better prices from suppliers and take steep markdowns early in the holiday season — such tactics aren’t options for independents already operating with lean staffs.

“The big people have so much more recourse than I do,” said Lily Hamrah, owner of Hamrah’s, a designer boutique in Cresskill, N.J. “They get markdown money and can ship merchandise back to the vendor. Everybody’s talking about this economy. I’m watching my inventory very closely. Maybe I’m not buying 100 sweaters, I’m buying 50 sweaters because people aren’t buying as much. We’re adjusting certain price points. We’re carrying popular-priced merchandise such as Splendid T-shirts.”

“Big stores can take 60 to 120 days to pay vendors and they can take chargebacks,” said Evelyn Gorman, who blamed the economy for the closing of Mix, her sharply-edited boutique in Houston.

At its peak, Mix sold Balenciaga, Lanvin and Alexander McQueen gowns with five-digit price tags to the wives of oil barons. “One swing of the economic pendulum can be deadly for an independent,” said Gorman.

Gorman made the painful decision to close Mix in January after reading the handwriting on the dressing room wall. “I saw my very best customers, fashion people who are big admirers of good design, start to question the cost of fashion,” she said. “They had the capacity to buy whatever they wanted. They came to the store less often and purchased less often. They felt almost conspicuous about consuming. Retail therapy is not working anymore. A $7,000 crocodile handbag is gauche. People are seeing stock portfolios dwindle and housing prices sink lower. No matter where they are financially, it has an effect.”

Mix’s prices on European designers also rose sharply last year because of the weakened dollar against the euro. “What I bought at $1.27 to the euro, a year or two ago, is now $1.60,” she said, speaking before the euro’s recent decline (it now trades at about $1.25). “That throws the budget into chaos.”

“We’re tightening up our belt because we’re not going to be expanding or opening six to eight stores per year,” said Khajak Keledjian, co-founder of Intermix. “I’m gearing up for tough times ahead. I’m a small entrepreneurial business, I’m not a public company.”

As if the dismal economy weren’t bad enough, Keledjian said his business is all the more difficult because “department stores are giving the store away. Everything is 40 percent off — on products that they just got in the store. They’re giving customers triple miles and credit cards with no interest,” he said, adding it’s hard to compete with those types of incentives.

Keledjian even had to take the painful step of laying off about six employees or less than 15 percent of the staff at the corporate offices. “We tightened up a little bit from every department,” he said. “We were a highly staffed company. We already had a lot of people in the corporate overhead based on our 2008-2009 expansion plans.”

Jeffrey Kalinsky, founder of Jeffrey New York and Jeffrey Atlanta, also complained about department store promotions. “They absolutely kill their own business,” he said. “They get into an overinventoried position and they ruin everything for everybody. Barneys New York in Manhattan put all its men’s designer merchandise on sale for one day at 40 percent off. Why do the brands allow that and not come down on them? The really rich women will justify purchasing now because it’s on sale. The way the big stores start to promote so early sends a signal not to shop, but to wait for markdowns.”

According to government statistics, two out of three new businesses fail. During the first half of 2008, 2,831 closings were announced, compared with 1,522 closings in the first half of 2007. Apparel stores represented 34.7 percent of the closures, followed by home entertainment stores at 28.8 percent.

While Hamrah said the economy has her watching her inventory very closely, she’s not refraining from buying interesting pieces like Koi Suwannagate’s cashmere bustier, she said.

Hamrah’s trump card during this bleak season has been a new private charge and rewards program, where customers receive a $20 gift certificate for every $1,000 spent. The charge card, which was launched in June, can only be used at the store. “The response has been phenomenal,” Hamrah said. “It’s a private charge, so husbands don’t see it. Out of the more than 100 accounts I’ve opened, I only had one rejected. Most of my customers are good risks.”

Nevena Borissova, owner of two Curve boutiques, in SoHo and on Robertson Boulevard in Los Angeles, has been testing different strategies to pull shoppers into the stores and encourage them to buy. “Business has been challenging,” she said. “Even if people have money, they feel like they shouldn’t be spending. I thought [sales] would go up 20 percent in New York, but they went down 8 percent. People aren’t that loyal anymore. At the end of the day, the economy is not good and we’re making less money.”

Clients who seemed concerned about prices are experiencing sticker shock, Borissova said, especially because the cost of European goods has sharply risen this season. Some customers have even begun asking Borissova for discounts. While Borissova can’t afford to give a 20 percent discount, she has begun offering certain services previously reserved for celebrity clients to her general customer base, such as home delivery of items for a customer’s approval.

Borissova has noted other developments that didn’t exist when the economy was healthier. For example, some stores have been unable to pay designers for orders, leaving the designers holding the inventory. Several designers have called Borissova and asked her if she’d be willing to sell the merchandise on consignment.

The bleak economy has forced her to rethink her buying strategies. She now looks for garments that visibly communicate longevity and value. “The way we’re trying to cope is by buying pieces that could have a longer selling season,” she said. “I made a very conscious decision to buy seasonless or one-of-a-kind items.

“Shopping for an outfit from a European designer has become like shopping for a car,” Borissova said. “I dropped collections that were too expensive. Viktor & Rolf was a big one. I was very honest with the designers. I said, ‘No one is going to spend that in the U.S.’ After we paid customs, we made no money [on European merchandise] last year and it’s probably going to be a wash this year. We’re paying 30 percent in customs and freight charges.”

Greenwich Avenue in Greenwich, Conn., is home to independents such as Betteridge, Splurge, Cochni and Saturnia as well as national chains like H&M and Starbucks. “Women are buying differently because of the economy, regardless of their [financial situation],” said Jennifer Lorpachio, owner of Dighton Rhode on Lewis Street in Greenwich. “They’re making more educated choices and thinking about the longevity of the item rather than the impulsiveness. They’ll buy less, but they’ll buy the best.”

Lorpachio is mailing notes to clients, sending designs to their homes for approval and working in customers’ closets to see what they have and what they need. She also shows clients how to wear an outfit several different ways because multiple-use merchandise has a higher perceived value. “Customers will say, ‘I only have such an allowance this season and I have to be cautious,’” she said. “We’re trying to create loyalty by being honest to a fault. If we don’t have something suitable for a shopper, we tell her right away.”

Lorpachio is also keeping an eye on prices. About 60 percent of Dighton Rhode’s assortment is European, with labels such as J.Mendel, Balenciaga, Lanvin, Nina Ricci, Bottega Veneta, Givenchy, Marni and Yves Saint Laurent. “I didn’t go forward for a season with Martin Grant because I had to buy it in Europe,” she said. “The other collections were bought here in U.S. dollars. We have a really big Martin Grant following. But with the euro, I didn’t want to have to charge a client $4,000 for a coat.”

“There’s a move toward a sense of quality and getting value for your dollar,” said Valerie Feigen, co-owner of Edit, a boutique on Lexington Avenue and 90th Street in Manhattan. “People are buying pieces that are really special. More thought is going into jewelry purchases. There’s more care and less impromptu purchasing. Our customer has a wardrobe and she has jewelry. She’s looking for that piece that really adds to her wardrobe.”

Despite a loyal following for her feminine designs with a Forties flair, prestigious wholesale accounts such as Barneys New York, Opening Ceremony, Louis Boston and Harvey Nichols, Jane Mayle revealed she will exit the business she founded in 1998 and shutter her NoLIta boutique at 242 Elizabeth Street in February. The economy, the challenges of running a fashion business, debt and the inability to secure financial backing can all be factors in the decision to close shop. Mayle also blamed the out-of-control fashion system and the expiration of her store’s lease as catalysts that prompted her to call it quits.

In the West Village, restaurants have been closing on Hudson Street, and Fassbinder, a jewelry gallery on Eighth Avenue near Jane Street featuring the designs of some 20-plus artisans, shuttered during the summer. “The rents are humongous and the business is going down,” said Stephane Gerbier, co-owner of YoyaMart on Gansevoort Street. “You have a lot of empty spaces. The economy and the real recession hit at the beginning of the summer. You have to adapt to the situation. It’s a challenge to look at merchandise in a different manner.”

Gerbier has been doing just that. “The euro has made it very difficult and unprofitable to sell European products,” he said. “To adapt, we are trying to capitalize on our brand. Instead of buying European down jackets and paying $7,000 in customs and shipping costs for 120 jackets, we are making our own jackets through an American company. We hope we’ll be able to create more American products. We’ll spice up the store with European brands.”

YoyaMart will weather the economic storm, Gerbier vowed. “YoyaMart has built up a name and clientele. If we had been a new business, it would have been much harder. So many people are closing businesses right now.”