The world's largest lingerie company will launch its first e-commerce site for the U.S. market today. 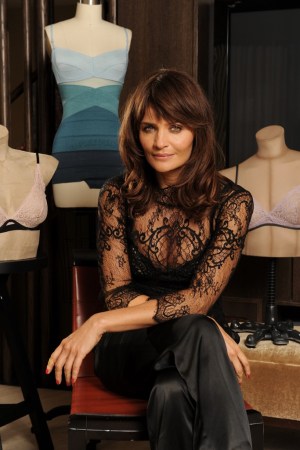 The Web launch is part of an aggressive initiative of the $2.1 billion intimate apparel and underwear firm to enter the U.S. innerwear market, which generates annual retail sales of $14.5 billion.

The company, whose brands include Triumph, Sloggi, Valisère and Hom, opened its first Triumph stores in the U.S. at the Walt Whitman Shops and Roosevelt Field mall in Huntington Station and Garden City, N.Y., respectively, in August. A third store is slated to open in New Jersey in early 2014.

A key element in wooing American consumers will be the introduction of the Helena Christensen for Triumph collection of lingerie, which will be sold exclusively on the new digital flagship, triumph.com. Christensen also serves as creative director and the face of her namesake collection, which will be available for the first time in the U.S.

“This collection has been a real passion project for me and I’m very excited that it’s going to be available in the U.S. I set out to create pieces from ideas inspired by my love for color, vintage lace, nature and, most of all, various female body shapes. I would like for women to feel both comfortable and inspired as they wear the lingerie pieces,” said Christensen.

The model recently was at a fall 2014 presentation of her lingerie collection, where she pointed to antique lace as a main inspiration.

“I’ve been collecting vintage lace since I was 15, so to be working with lace is wonderful. I found a lot of lace in France and used to live near St. Suplice in Paris, where there is a [flea] market that has lots of lace. They still sell lace in the flower market in Nice, where I’ve found great lace bedspreads and tablecloths,” said Christensen, whose collaboration with Triumph started in 2008 as the face of the Triumph brand.

The collection also takes a modernistic approach with pieces that have clean, sculpted looks.

“Hervé Léger has been an inspiration, and I’ve always admired the way he could sculpt the human shape, literally with bands wrapped around the body. To me, the female shape is one of the most beautiful things in life,” said Christensen, who hails from Denmark.

She added that another source of inspiration is the work of German photographer Roye and the “organic shapes” of nude females he photographed in nature in the Thirties.

The lingerie campaign was photographed by Olivia Frølich in a Danish forest where the color palette ranged from the pink and berry hues of dusk in Scandinavia to the aqua and blue tones of the Danish sea.