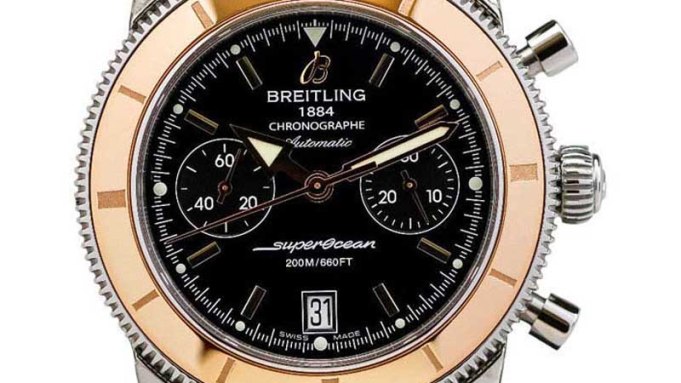 The luxury consumer who is an American Express rewards member can now use points to buy a curated selection of pre-owned designer jewelry and watches.

The certified pre-owned items are available through a partnership between the financial services firm and the online e-tail site TrueFacet, a specialist in the pre-owned market.

Tirath Kamdar, TrueFacet’s chief executive officer, said his site typically has more than 70,000 items. Many consumers are frequent buyers and sellers on the site, and a good number of them — particularly among the younger, affluent buyers – resell what they’ve bought on the site so they can buy something new and then repeat the process. Many buyers also use their American Express card, which gave Kamdar and his team a rich collection of data to mine from in determining what items and at what price points would be of interest to that consumer. The average order on the TrueFacet site from a buyer using an American Express card is more than $5,000, representing an order value that is 25 percent above other purchases made with a bank card.

According to the ceo, his team and American Express have been in discussions about how to use the data to create a program and provide some exclusiveness for the rewards member. While neither American Express nor TrueFacet are paying the other for the collaboration, TrueFacet is hoping to reap the benefit of brand awareness just by being a program participant as members bring on their friends to become customers on the home site.

Rewards members can buy entirely via points, credit card, or a combination of points and credit, said Kamdar. And members who use accumulated points need a substantial amount of points to buy — a Cartier Ballon Bleu Automatic stainless-steel and rose gold watch, with a nearly $8,000 estimate, needs nearly 1.6 million points to buy; a Patek Philippe Grand Complications timepiece in 18-karat rose gold and a leather strap, having a $140,149 estimate, requires slightly more than 28 million points when purchasing by points. A pair of pre-owned Chanel gold-toned metal earring set, with a dollar value of $299, requires 59,800 points.

One fact gleaned regarding American Express cardholders during the beta test of the program — most buyers on the TrueFacet site purchase watches, but rewards members who buy through the program tend to prefer jewelry purchases, Kamdar said.

TrueFacet in September closed on a $6 million Series A found of financing. It counts as investors Maveron LLC, Freestyle Capital, Social Leverage, Founders’ Co-op, Trilogy and Liquid2 Ventures, which is owned by football legend Joe Montana. Kamdar said the company is “pretty well funded” and isn’t looking to raise any money. He isn’t ruling that out for down the road, saying the company will “take on new capital as necessary to accelerate its growth.”

When the company launched in 2014, its customers were mostly older consumers. Now 28 percent are under the age of 30. “To stay relevant, one cannot depend on the older generation. The younger consumers become the future shoppers. For any brand to stay alive, it needs to know how to reach them,” Kamdar said. The average age is 33. Older consumers between ages 40 and 55 are the ones selling some of their prized watches, while the younger female consumers — those under age 30 — are the ones who regularly buy, trade in and then trade up. According to Kamdar, consumers who resell their pieces and trade up tend to do so about four times a year, and they have a preference for vintage pieces, such as watches starting from the Fifties.

In the past month, TrueFacet has old a $25,000 Rolex Day Date watch; a $143,000 Patek Philippe Grand Complications Perpetual Calendar watch and a $43,000 Cartier Love Bangle with pavé diamonds.

According to Kamdar, content on Facebook has helped create a connection with the consumer. The company also produces videos for the site, and rely on algorithms to see how audiences react to different marketing tools.

The company has seen four times the growth in total sales in 2016 over 2015, with the average order value up 34 percent over the same period. It has also seen an 18 percent growth in higher ticket purchases, or those items over $25,000. Popular brands on TrueFacet include Cartier, Tiffany & Co., Bulgari, Rolex and Breitling.