The online personal styling service is currently testing women’s before launching the service this fall. 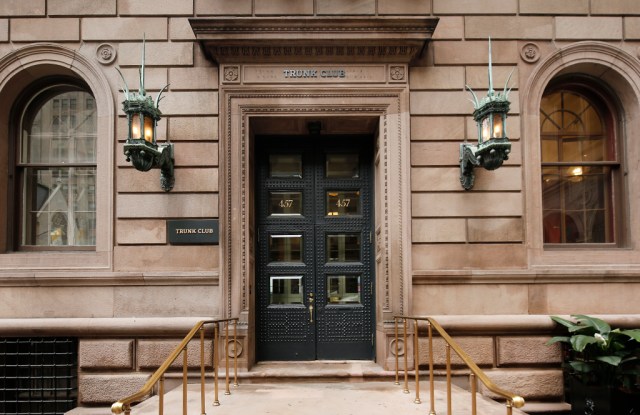 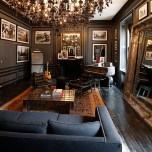 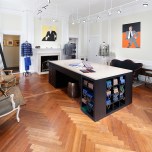 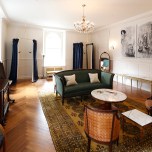 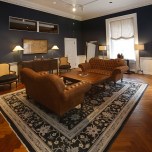 After six years of providing men with curated boxes of clothing, Trunk Club is extending its services to women.

Trunk Club chief executive officer Brian Spaly said that, while the firm never thought of catering to women, it found that members’ wives and girlfriends wanted a similar service. “Now that we have this partnership with Nordstrom, we are able to leverage their significant resources on the women’s product side,” he added.

The company, which was purchased by Nordstrom in August 2014, is leaning on the department store for inventory and is currently testing the women’s service online and within its stores in Chicago, Washington, D.C., Dallas, Los Angeles and New York City. Spaly told WWD that Trunk Club will use these findings to help shape the women’s business, which officially launches this fall.

The service will operate just like the men’s. Women can speak to a personal stylist over the phone and then receive a curated trunk of clothing and accessories from over 100 contemporary brands including Theory, Vince, Diane von Furstenberg, Rag & Bone and Joie. They keep what they like and send back what doesn’t work.

Spaly told WWD that the Trunk Club female customer is its male customer’s partner. She’s a busy, 30- to 50-year-old affluent, urban professional who likes to shop, but is always looking for ways to be more efficient.

“We’ve found that the women we work with are even more excited about our service than the men are. They are spending more and they want trunks even more frequently than our male customer,” said Spaly. “The guys that we serve don’t really know that they need to look better. The women know what they are doing. They know what brands they like and they love the idea of having an adviser.”

“I think they do a nice job, but they are competing at a lower price point. It’s just a totally different product,” said Spaly of Stitch Fix.

Nordstrom currently has an in-store personal styling service, but Spaly said there are no current plans to integrate the services.

According to Spaly, Trunk Club hasn’t brought on any new staff for the women’s service and the company will train internal personal stylists and also consider new hires to handle the women’s volume. Spaly currently has no projections about how much the women’s business will make.

Since the Nordstrom acquisition, Trunk Club has quietly opened a New York location, dubbed the “Mansion on Madison.” The 25,000-square-foot store houses the retailer’s New York City office along with 12 branded rooms — which include 23 fitting areas — spread across two floors. Within these rooms, which are sponsored by Trunk Club vendors including Vince, Gant, John Varvatos, J Brand, Billy Reid and DL1961, personal stylists recreate the online Trunk Club experience in store. The merchandise is kept out of sight on the lower level of the space.

According to Spaly, Trunk Club takes 40 to 50 appointments a day at the New York City store and he is currently evaluating new brick-and-mortar locations. He declined to disclose Trunk Club’s revenue or growth.

Although things have changed for Trunk Club since the Nordstrom acquisition, Spaly said that it still operates as an independent company in Chicago. He believes the partnership has gone well due to Nordstrom’s previous startup purchases, which include its acquisition of flash sale site HauteLook.

“When Nordstrom bought HauteLook, they bought a company that wasn’t all that different than Trunk Club. I think they learned a lot in that process and we’ve been really lucky to benefit from that and able to move faster and possibly smarter,” said Spaly. “We are learning from them across all dimensions.”