Founder Dickson Szeto explains why he believes physical shopping is the way to reach Chinese youth.

SHANGHAI — At a time when China’s lucrative youth consumer market is more digitally connected than ever, TX founder Dickson Szeto is betting hard on physical retail.

While somewhat counterintuitive to consider at first, Szeto’s soft unveil of a new shopping complex on Huaihai Road here this month — with a grand opening to follow in the spring — is what the retail developer believes is the right redesign of brick-and-mortar fit for the digital era, centered on immersive art and quickly revolving, curated collaborations.

After Shanghai, the concept is headed for six other cities over the next two years: Hong Kong, Beijing, Shenzhen, Nanjing, Chengdu and Wuhan.

The first phase of the Shanghai location, called TX: Huaihai Youth Energy Center, opens this month and is a 270,000-square-foot space — half of which is comprised of retail, while the other half is entertainment and food and beverage. At its core are highly curated collaborations with some of China’s and the world’s best creatives.

For example, edgy experiential agency Visionaire will open its first gallery space in China where it will host public art installations and auction off pieces. Innersect, the streetwear company created by Edison Chen and which now hosts an annual festival will also open up shop there. Partnerships with contemporary art fair Art021, the creative agency Seiya Nakamura 2.24 and TeamLab, the Japanese digital art studio that is the darling of social media influencers all around the region, are also in the mix.

The other main pillar Szeto emphasizes at this property is the concept of “youth energy” — not youth in its literal sense, but an energetic outlook on life.

“People don’t want to be standard, they don’t want to be the same,” said Szeto. The mix of tenants also reflects the tastes and interests of a new generation. “They are full of curiosity and like environmentally friendly things, and are looking for new collaborations.”

While international brands and national chains are some of TX’s tenants, absolutely no cookie-cutter shops are allowed at the venue.

“Every single tenant and brand, if they want to engage with TX, must submit a special proposal to my team,” Szeto said.

“We don’t want it to be a building. We want to be a street, a big landmark,” Szeto said.

In most major world cities, it would be impossible to get that kind of prime retail space.

“For Hong Kong, New York, Los Angeles, it would never happen because of the strata titles. Luckily, in China it’s owned by a single entity: the Communist Party,” Szeto said. “In Tokyo, [Hiroshi] Fujiwara spent almost 20 years to finish Harajuku. He had to rely on his influence to attract the right brands to the area but for us, we can use two years to complete the entire thing.” 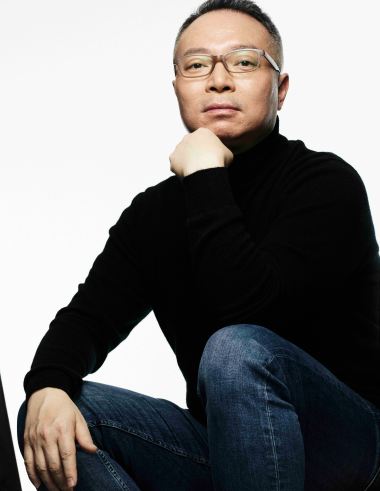 It should come as little surprise that this highly conceptual retail development is the brainchild of a Hong Konger, although Szeto is based in Shanghai these days. Hong Kong companies are responsible for a large number of the best-performing mall and retail properties in Mainland China.

Szeto — who cut his teeth at the pioneering Hong Kong-owned Xintiandi, a concept that has been successfully replicated across Mainland China — said that comes from a combination of mind-set and financing ability. At Hong Kong companies, concept is placed over everything, Szeto said.

“If you look at Swire and Sun Hung Kai and Wharf Holdings, they have a very similar philosophy,” said Szeto. “They do not expect only to get a rental income but to achieve the best of the best, to educate the customer and lead the market in trying to make the commercial atmosphere become a leading concept.”

This boils down to a very simple reason: The companies can sustain longer financial returns due to low interest rates, thus giving them more creative flexibility.

Commercial interest rates in China are somewhere around 10 percent, Szeto said. “But in Hong Kong, if you have a good reputation and good proposal, it’s less than 2 percent. If you are looking at a 500 million [Hong Kong-dollar] project size, Hong Kong will save more than 60 million a year in interest rates. We have more room to look for a longer return and they want the better brands and better concepts in place.”

He went on: “Some of the aggressive companies, the local developers are looking for 20 percent return. If you have a boss talking to you about 20 percent return, you will never be able to do good quality things once you open. You need to get the money back from the rental. A good tenant will not join you because they know it will be a big trap.”

Over time, he hopes that rent will come out to constitute only one-third of TX’s income. He wants to build up event ticketing to constitute another third — the first year, TX Shanghai will host the work of more than 16 artists — and the last third will come from creative consulting fees for brands — both international companies that want to enter and grow in China, and domestic ones trying to make the jump overseas.

“Of course, there will be an online component to it, too,” Szeto said. The digital platform will include e-commerce, but will also be a channel to promote discounts for experiences, to do lottery draws and more.

If, however, TX’s idea to combine art with retail to cater to a younger audience sounds similar to another Hong Kong developer concept, Adrian Cheng’s K11, Szeto would like to clarify the two are quite different.

“Adrian was the very early founder of using art in a very commercial space but the difference is ours is immersive,” he said. “When they have curated a good exhibition, people will come but if it’s empty, people go. They essentially tried to build a museum into a shopping center.

“One thing in which it’s very disadvantaged,” Szeto said, “and I have shared with Adrian before — is let’s say, today you have Monet. The audience they like Monet but 20 days later you have a local modern artist, then you will attract another kind of audience into the mall.

‘If I’m the retailer in K11, except for F&B, the rest will find it very difficult since you don’t know how to catch the people. If you are all modern art people, that would be easy but is it classic art, ancient art, or modern art? They each bring a different crowd to the mall.”

Szeto has six more TX locations to ready, making for a very full calendar for the next two years. But when asked where else he might consider expanding, the businessman named Changsha.

“It’s always underestimated because the city size is only eight million people. Changsha is the middle of China and very close to Wuhan, so most of the economic focus is in Wuhan. But if you want me to name one, Changsha is the dark horse.

“If the city can prove that the people are young, educated, and art and technology can be a big influence then it’s my priority to bring TX there,” Szeto said. “I think in five years, you will see many similar concepts to TX, attracting people from the computer to reality.”