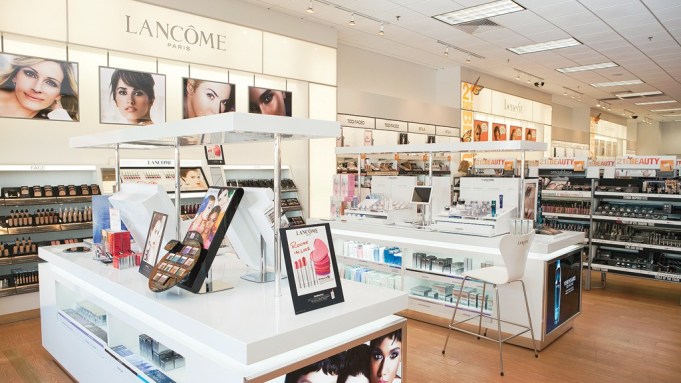 After relocating to Charlotte, N.C., five years ago, I quickly learned that women here don’t leave the house without looking their best, even if it’s just to pick up groceries at the Harris Teeter. But as a mother of two, it can be difficult to keep up with what’s new in beauty. So recently, I pulled out my most stylish outfit and headed out on a long-overdue trip to the city’s beauty Meccas. Alas, during my short drive to South Charlotte’s fave Ulta, I found two rather large globs of my three-year-old’s oatmeal caked on my “cool-girl” jeans. Oh well. A quick swipe of a baby wipe, and I was good to go.

“My” Ulta is housed in the popular Stonecrest shopping center, conveniently located off I-485 at Rea Road. Stonecrest offers several other beauty retail options, including WOW Brows, Sally Beauty Supply, several salons, not to mention Target. (I used to make fun of the fact that New York City has a Starbuck’s on every corner. In Charlotte, there’s a Target on every corner, with a Starbuck’s inside! Four are within 15 miles of my house.)  I arrived at around 11 on a Monday morning and easily found parking near the entrance, which can be tough to do on a weekend, especially when there’s a new release at the movie theater a few doors down. A sales associate offered a friendly greeting when I walked in, and I was able to circle the place at least once before another person approached me, which I appreciated.

She asked to help, whereupon I told her that I was looking for the new and notable and noticed out loud some pretty packaging on the Butter London display. The associate told me about the brand’s new Lippy lip gloss. I’m a fan of Butter’s nail polishes with their pretty, fresh colors and British-inspired names, such as Tea With the Queen for a neutral, pinky-tan. And I almost bought the No More Waity Katie lip gloss (for the name if nothing else, as I’m also an Anglophile), but the salesperson told me the glosses tend to go on sticky, so I passed.

We then headed to the Benefit area. The sales associate’s friendliness made me feel comfortable dropping my fashion-forward facade and putting back on my mom-of- young-children hat to ask about undereye concealers. She was quick to suggest two options: Boi-ing and Erase Paste, applying one underneath each of my eyes. I must confess, I was just waiting for some kind of hyper-polite although not too genuine comment from her as she tried her darndest to make my tired eyes look bright and awake. But no—instead she was honest and gave me her opinion that the industrial-strength Boi-ing was the only way to go. I had to agree.

I was having fun browsing, especially without my kids in tow, and a second salesperson asked if she could help. I happened to be in the bath and body section, and I mentioned that I didn’t know Ulta made its own products. She told me about the store’s “high grade– ingredient” cosmetics line, home products (candles and soap—fun!) and body crèmes.

But most surprising were the extras available at Ulta— blow-dryers, curling and straight irons, sunglasses, hair accessories. Other notables: The store boasts a full-service salon (in sight the moment you walk through the front door, but located in the back), where I learned that stylists are professionally schooled using Redken color and cut techniques. To the left of the salon is an area called the Rejuvenation Station, where for $20, Dermalogica-trained therapists offer in-store services from blackhead relief to lip renewal. So tempting, but I saved that for next time—I was already running late for my preschooler’s carpool line.

As I left, I felt pleased and surprised. Happy to have an Ulta with such a large and varied selection nearby and staffed with folks who really seem to know and care about what they do. Along with the Benefit Boi-ing concealer ($19), I bought an Ulta brand Anti-Bacterial Deep Cleansing Hand Soap in Pomegranate Lime ($6) and a Pear and Pomegranate candle ($14.50).

A couple of days later, I went in search of a new spring look. I headed to the beauty department of Belk’s flagship store in the gorgeous and sometimes daunting SouthPark mall. A Charlotte landmark, SouthPark was developed in 1970 and is one of the largest malls in the region. Anchored by Belk, Nordstrom, Macy’s, Dillard’s and Neiman Marcus, it offers stores ranging from luxury fashion to casual staples. Belk at SouthPark completed a $34 million expansion in 2002, and its “Modern Southern Style” credo shines through.

I had a ball moseying through the well-lit space. The store exudes a laid-back kindness (and not that fake southern politeness, either)—a far cry from some of my previous experiences being attacked by spritzers and sprayers in malls in the Midwest and New York. I started by nosing around the Kiehl’s counter and was approached almost immediately by a saleswoman. I asked for help with my “Mommy” issues: dark under-eye circles, skin imperfections, dare I say: age spots. She said she worked in fragrance, but told me the Kiehl’s rep should be back in 15 minutes. My takeaway: Nice, friendly, helpful, not pushy. Kiosks set up throughout the bright space invite you to stroll through and try, which is such a nice, nonintimidating feeling. I appreciated having a little space to look without having to constantly answer a question.

I headed next to Benefit, where an exquisitely made- up woman with severe bangs and long hair secured in a ponytail told me about the brand’s full makeovers— available at Belk any day without an appointment with the purchase of three items. Benefit’s display caught my eye because of its separate Brow Bar room— maybe since we recently returned from a family trip to Disney World, the little room made me think of a hidden little playhouse. I had the urge to go in there and “play dress up” or trade makeup with my best friend. (It really reminded me of the Bibbity Bobbity Boutique at Disney, where little girls go for a princess makeover.)

Instead, though, I headed to MAC, where I experienced the best service that day. The soft-spoken, knowledgeable associate asked if I needed help as she caught me perusing eyelash curlers, powder applicators, atomizers and brushes. I asked for a concealer brush, and even though she had a customer waiting in the wings for a makeover, she not only showed me MAC’s concealer brushes, but took the extra step of recommending an eye-shadow brush instead. She explained that the flatter the brush, the more it will almost cake the product on to your delicate undereye area. The eye shadow brush gives you more control and helps keep you from applying too much concealer, she explained. I knew she was busy, so I tried not to be too needy, but still on my cover-it-up-kick, I asked her to suggest something to hide blemishes. She directed me to the Lightful line, which she said is only available in this Belk store. I took home the Charged Essence Serum ($40) with the hopes of brightening my skin, despite my constant battle with rosacea. In all, I was elated with my experience. I got to enjoy some much needed “me” time and learned some new tips and tricks to boot.