Union Looks to Double Distribution in ’08

Seattle Pacific Industries is taking the next step in building its Union premium denim label. The company, which also produces Unionbay, is turning attention to retail expansion after introducing its first sportswear collection in August... 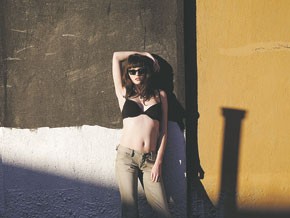 Seattle Pacific Industries is taking the next step in building its Union premium denim label.

The company, which also produces Unionbay, is turning attention to retail expansion after introducing its first sportswear collection in August in a bid to become a lifestyle brand. The goal is to more than double distribution by 2008 and break into international markets.

Scott Bonomo, president of Union, said he wants to grow the number of specialty stores carrying the brand in the U.S. from its current level of 375 to 800 by 2008. The line now retails in stores such as Ron Herman and Kitson in Los Angeles, and Atrium and Lounge in New York. Some 250 stores carry Union’s women’s collection, and 125 sell the men’s assortment. Bonomo declined to give sales estimates for the brand or future sales targets, but industry sources estimated Union’s wholesale sales to be between $3 million and $5 million.

To double Union’s doors in the next year, Bonomo said he’ll be using a grassroots strategy, focusing on having the brand’s sales staff work directly with stores across the country. The competitive advantage he’s looking to gain — instant feedback.

“We try to service the market with all the trade shows that exist and those shows do a lot to support the basis of the business,” Bonomo said. “But ultimately, we’ve got to hit the streets and get into the stores.”

Union employs a six-person sales team Bonomo refers to as “the Nomads” and their ranks are expanding. Gina Gomez, who has sales experience with the Morphine Generation and Red Engine labels, recently joined the brand as women’s sales manager. And Bonomo said he’s “actively looking to grow the team.”

“We just think we’ll grow faster by being out in the market working directly with the stores,” he said.

Union plans to give as much attention to stores in flyover states as it does to those on either coast.

Making progress in international markets is high on Union’s to-do list. Smaller test orders are being placed in select stores in anticipation of a launch in Europe for fall 2008. The company is working with showrooms to place the brand in high-end specialty stores in Italy, France, the U.K., Germany, Spain and Scandinavia. Bonomo expects to sign long-term distribution agreements after the brand’s first European season.

Union is continuing to push forward on its sportswear expansion, which Bonomo said has lifted the brand’s profile among retailers and improved its denim sales in a difficult market.

“The jeans business is really not necessarily trending downward if you have an upward trending fashion business,” he said. “If you don’t have something to sell with [denim], that’s a tough sell these days.”

In October 2006, Kristopher Enuke was enlisted as creative director to spearhead the move into sportswear. The response has been strong and Bonomo has made moves to build the business. In September, Rafael Soto, a former design director at Ecko Unlimited, joined Union as the design director for the men’s and women’s lines and will be working with Enuke, who is based in Los Angeles.

“The venture has gained strength to such a point that we need a full-time design team on a day-to-day basis,” Bonomo said, a reference to having Soto at the Seattle headquarters.