The San Francisco and New York areas are hubs of retail activity for the Japanese retailer, where it will end up with a total of 17 stores this fall. 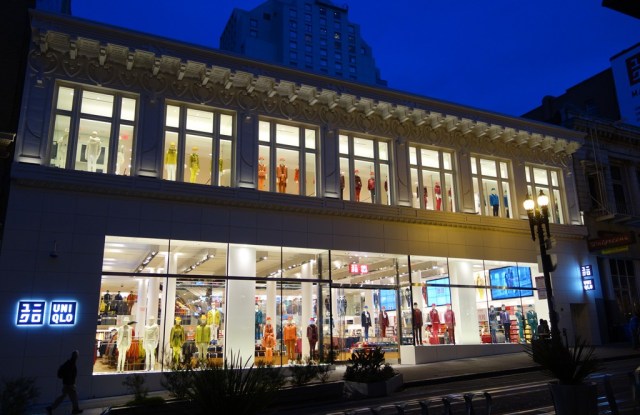 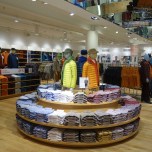 Uniqlo is multiplying in the San Francisco Bay Area.

After opening a flagship on Powell Street in San Francisco a year ago, the Japanese retailer is adding four stores in the region by November. The new Northern California stores are in Hillsdale Shopping Center in San Mateo, Stonestown Galleria Mall in San Francisco, Westfield Valley Fair Mall in Santa Clara and the mixed-use development Bay Street Emeryville in Emeryville.

“The strategy of the company has been to open flagships and then expand in proximity to those flagships,” explained Larry Meyer, chief operating officer of Uniqlo’s U.S. business and a senior vice president at its Tokyo-based parent Fast Retailing Co. Ltd. “Our goal as a company is to be part of America and so we want to use the presence of those first flagships to be known. Then, when commuters go home or people shop on the weekends, they can go to malls or to various centers, where we want to become their store of choice.”

Meyer described Uniqlo USA as “happy with the sales” at the Powell Street flagship and, in its financial report for the nine months ending last May, Fast Retailing stated that the store, as well as Uniqlo’s location at Westfield Garden State Plaza in Paramus, N.J., “continue to generate favorable sales.” “San Francisco is a great market with both a strong local population and a high tourist population,” said Meyer.

The San Francisco and New York areas are hubs of retail activity for Uniqlo in the U.S., where it will end up with a total of 17 stores this fall. In October and November, the retailer has six openings slated for the New York region with stores in the Bridgewater Commons Mall in Bridgewater, N.J.; Menlo Park Mall in Edison, N.J.; Staten Island Mall in Staten Island, N.Y.; Atlantic Terminal Mall in Brooklyn, N.Y.; Smith Haven Mall in Lake Grove, N.Y., and the Westfield Trumbull Shopping Center in Trumbull, Conn.

The Powell Street and Westfield Garden State Plaza flagships are 29,000 square feet and 43,000 square feet, respectively, while Meyer said smaller locations in malls are generally around 10,000 square feet. Uniqlo has distribution centers in Northern California and New Jersey to service its stores. “We will determine exactly where we can locate based on the fact that we have warehouses for collection and storage facilities,” he said. “They are very important because we like to ensure we are always in stock in the stores.”

Next year, Meyer has forecast that Uniqlo will add 20 or more stores in the U.S. “We will continue our expansion in 2014 at a pace similar to what we have done this year,” he said, adding, “Our plan is to start moving to expand to other markets over the next few years, and the specifics we will likely talk about after the Christmas season.”

Los Angeles is clearly on Uniqlo’s retail radar. “Southern California is a very important market to us, and it is a priority market to us,” said Meyer. “We will think through the specific strategy for L.A., but right now, we are studying it. We will think about do we open multiple stores right away versus have a flagship and wait a year to open up the suburban areas. In many respects, Los Angeles is a lot of suburbs held together.”

Asia, not the U.S., has been the primary driver of Uniqlo’s international business. Net sales in its international business for the nine months ended in May increased 56.1 percent to 191.3 billion yen, or $2.18 billion at average exchange rates for the period. The company had 410 stores abroad, a number that climbed to 466 by August. In contrast, Uniqlo Japan saw a nine-month sales increase of 7.6 percent to 541.6 billion yen, or $6.17 billion. For the full year, Fast Retailing predicted sales for Uniqlo’s international division would rise 52.8 percent and operating income would jump 81.8 percent.

In the U.S., Uniqlo is just getting off the ground and has registered operating losses. The company had anticipated reducing those operating losses during the second half of its fiscal year 2013 from March through August. However, it said earnings stayed about flat with the previous year, which Fast Retailing attributed to poor weather and weaker sales than expected at its three New York flagships.

Moving forward with retail in the U.S., Meyer said, “I don’t see us going from market to market with a store. I see us ensuring we have the ability to leverage the operations organization and that is a difference versus a lot of other retailers who don’t spend as much time with their people in the store.”