Uniqlo Flagship to Debut in Paris

Uniqlo’s Paris flagship is due to open Thursday, and the highlight will be the much-anticipated minimalist collection designed by Jil Sander. 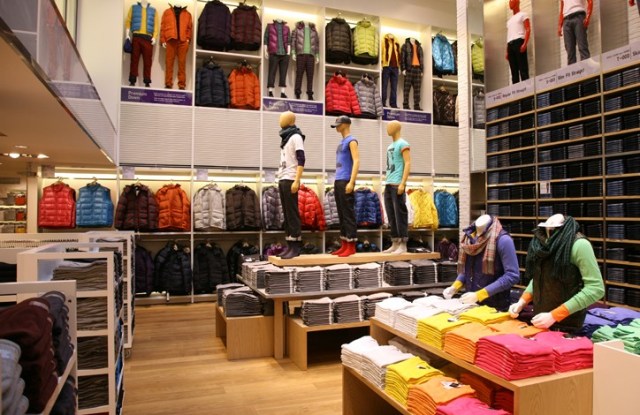 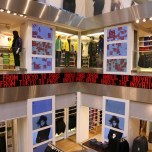 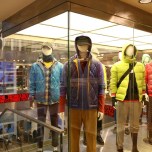 But the highlight of the Japanese retailer’s first foray into continental Europe is set to be the much-anticipated minimalist collection designed by Jil Sander. Although the German designer’s name is absent from the clothes, which bear a simple white label reading “+J,” Sander’s trademark minimalist lines, dark colors and streamlined cut are instantly recognizable.

Sander has devised similar looks for both women and men, with variations on military-inspired jackets and coats, black and gray sweaters, streamlined white cotton shirts and dark indigo jeans.

“Jil Sander is the only person who can put design, quality and comfort into clothes,” said Yukihiro Katsuta, president of Uniqlo’s design studio in New York, during a press conference in Paris.

Accordingly, the price tags of the +J collection items spell out the philosophy behind the line: “Luxury will be simplicity. Purity in design, beauty and comfort for all. Quality for the people. Basics are the common language. The future is here: +J.”

The collection has been prominently displayed near the entrance of the store and is hung on wooden clothes hangers that bear the +J logo, to differentiate the line from other Uniqlo products.

The collection is accompanied by a special black-and-white advertising campaign and catalogue shot by David Sims.

Uniqlo is banking on the Sander collaboration, which marks the return of the German designer to the fashion world after a five-year hiatus, as a springboard to expand internationally.

The 23,000-square-foot flagship, which faces one side of the Paris Opera House on Rue Scribe, isn’t Uniqlo’s first foray into the French capital. The retailer first tested the Parisian market with a small store that opened in the Defense financial district in 2007, and then this past summer with a pop-up store in the Marais neighborhood.

“The new store is an important entry into the European market, and Paris is the capital of fashion,” said Tadashi Yanai, Fast Retailing’s chief executive.

Designed by Japanese architect Masamichi Katayama, the store extends to three levels, including a basement, where the women’s wear collections are displayed. The exterior facade, which dates back to 1866, has been preserved and refurbished, while the interior has been gutted and the roof removed and replaced with a glass ceiling, which lets natural light in.

In marked contrast with the somber-colored +J collection, the Uniqlo-branded products are displayed to convey a multicolored rainbow effect on the walls.

To celebrate the launch of the store, the third flagship after New York and London, Uniqlo is introducing special offers on a number of key products. Multicolored cashmere sweaters will be priced at 49.90 euros, or $73.30, instead of 79.90 euros, or $117.40, while colored denim will specially priced at 9.90 euros, or $14.55.