The retailer is unveiling its collections with Inès de la Fressange and Nigo alongside the presentation of its main spring lineup in Paris on Wednesday.

By Alex Wynne and Joelle Diderich on November 19, 2013
View Slideshow 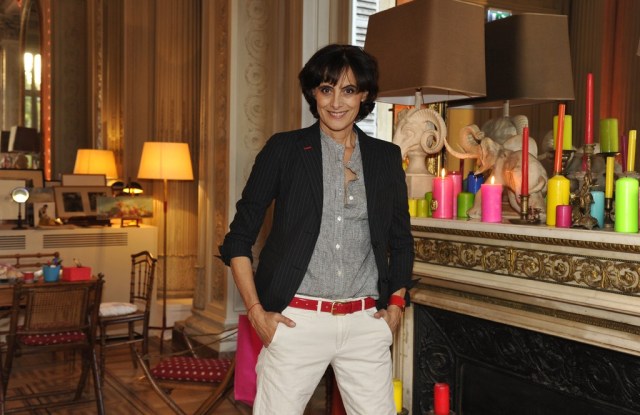 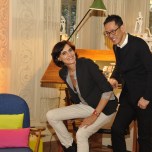 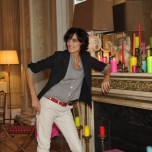 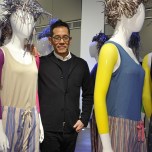 PARIS — Fast Retailing Co. Ltd.’s Uniqlo is upping the fashion quotient for spring, revealing the product of its first collaborations with Inès de la Fressange and Nigo alongside the presentation of its main spring collections here on Wednesday.

Uniqlo design director Naoki Takizawa was inspired to contact de la Fressange when he saw a photo of the French fashion icon and former model sporting Uniqlo designs, he explained at an exclusive preview of the collections.

The pair met last May and closely collaborated on the collection, much of which has a vintage French feel. “I wanted to make the clothes in her wardrobe,” Takizawa explained, adding that the two got together at de la Fressange’s Parisian home, where she would go and take pieces out of her closet for inspiration.

“It’s amazing the ‘kawaii’ taste that she brings,” he added, using the Japanese word for “cute.”

The collaboration is timely for de la Fressange, who has come back to her namesake brand and is in the process of relaunching it after the label was bought by a consortium led by Calao Finance earlier this year.

“[The Uniqlo collection] is very important because we don’t yet have a licensee to do clothes,” de la Fressange explained. “There will be, but it takes a long time. This is a great way to have an immediate worldwide presence.”

She continued, “Everything can be mixed together. All kinds of women from all countries can wear it.”

While prices for the Uniqlo line will be on a par with the retailer’s core collections, Boé is not worried that this will water down the label’s message.

“I think people today understand that there is a difference between a collection that is stocked by a retailer for a certain time and the permanent collection. The products are different, as is their level of sophistication,” he explained.

To the point, part of the conviction behind de la Fressange’s involvement is her belief that being able to mix designer pieces and mass-market designs is what makes fashion tick today.

“It’s all about what we desire and what we want to wear,” she explained.

“In 2014, luxury style and brand distribution can go together,” she added, saying that she herself often shops at Uniqlo and was surprised by the quality of the fabrics used for her namesake line.

“I hope I will get a discount card now with all the work I have done on this,” she exclaimed.

De la Fressange described working with Takizawa, an Issey Miyake alum, as a meeting of minds, as they both initially came from the luxury world.

The Inès de la Fressange Paris Uniqlo collection will be stocked in all Uniqlo stores worldwide, a change from an initial plan to only carry it in larger outlets. Smaller stores will have a selection of the products, while larger sales points will carry the full collection of 70 items.

Uniqlo has also enlisted Nigo, the founder of street label A Bathing Ape and producer of hip hop group Teriyaki Boyz, as the first creative director of its UT line of T-shirts. His first designs for the retailer have a distinct pop culture theme, and include vintage images of classic characters like Snoopy and Gizmo or Coca-Cola logos, for example.

Takizawa is adamant that such collaborations do not signal a change in direction for the retailer, as witnessed by the breadth of its own collection, dubbed LifeWear, to which Uniqlo has added items including smart stretch fabric pants for spring and a wider range of polo shirts in about 300 different designs.

“We pick up some trends and some feelings, but we have to have what people need in their closet from morning to night,” he explained.