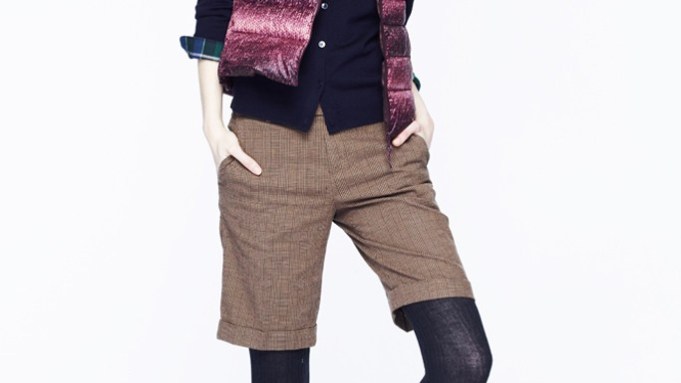 PARIS — Having recently outlined its ambitious expansion plans for the U.S. and China — where the brand has envisaged 100 store openings a year — Japanese retailer Uniqlo has Europe next on its radar.

“We are targeting all leading cities in Europe as potential flagship locations, starting as of now,” Berndt Hauptkorn, chief executive officer of Uniqlo Europe and global officer of Fast Retailing Co. Ltd., which owns the brand, told WWD on Tuesday.

“If by 2020 we want to become the largest retailer in the world, we cannot focus on Asia solely,” said Hauptkorn, whose position was created only in the middle of last year, underscoring the brand’s ambitions to expand in what is clearly a “significant market” for Uniqlo, according to the executive.

“The concept is to make a strong statement for the brand,” he said, noting that Europe was a “very particular” market viewing the customers’ “incredibly demanding taste levels, high knowledge of fashion, as well as a different shopping environment.”

“You can’t just plug and play what you have learned elsewhere. The needs are very different [here],” said Hauptkorn.

Pointing to Uniqlo’s comparatively shy foray into European territory, the ceo mentioned two limiting factors: “We don’t want to compromise on the location, [as] finding a good spot is not easy. And we are also looking for the right people to run these stores. We are recruiting in an intense way, but we need more qualified local [staff] to support the growth.”

He says in the next five years he wants to create 1,000 new jobs.

Though Hauptkorn would not reveal any numbers, he said multiple store openings are envisaged for this year.

Uniqlo currently counts 10 stores in the U.K., two in Russia and three in France, with a fourth one set to open in the Marais area in Paris next year. “I can tell you we are generating positive sales growth in all [countries], which makes us an exception in Europe. This is for like-for-like [and not due to expansion], because you can always grow by opening.”

Hauptkorn, who previously served as global ceo of Swiss luxury brand Bally, said what makes Uniqlo different vis-à-vis its competitors is the focus on quality. “Coming from a luxury background, I developed collections at a price point 10 times this [one], but the attention to detail is not much different.”

However, he was not so sure fast-fashion giants like Inditex, which has Zara in its group, and H&M are playing the same game. “They are all relevant, but a company like Apple is a more interesting benchmark for us, because it’s about products that people love. Uniqlo is not fast fashion, it’s fast retailing, [meaning] we want to react fast, but with the quality orientation that we have. And that philosophy does not sit nicely in the fast-fashion segment. I would say we are a challenger at the moment,” a status he wants to see evolve into “a significant brand” over the next five years.

Uniqlo’s LifeWear concept is a case in point. Based on 11 “design projects,” including Heattech and ultralight down (two of the brand’s bestsellers), this fall LifeWear goes into its second season.

However, the new fall collection, which is the first one entirely designed under Naoki Takizawa’s creative direction, is clearly more fashion-oriented. “I’m trying to [invent] a new category,” the former creative director of Issey Miyake and Helmut Lang said. “Like casualwear or sportswear, LifeWear is a new [form of] fashion,” he said, referring to the various lines as multifunctional for multitasking people.

Takizawa has upped the design factor in all 11 product families, most notably silk, fleece and ultralight down, taking Uniqlo’s innovative fabrics beyond “basic,” with some styling help from former Mugler designer and Lady Gaga stylist Nicholas Formichetti.

For the first time, cashmere is used for garments other than sweaters, including cardigans, socks and underwear. Silk was introduced as a new category this season, using the highest 6A quality, while the brand’s cashmere sweaters now come in a total of 24 or 25 color variations, for women and men, respectively.

In the Heattech category, new items were added for extreme cold, designed with a fabric that is 1.6 times warmer than the previous one; fleece received more texture to look like fur, and ultralight down was made even flatter to enable a range of new styles.

Hauptkorn said what enables Uniqlo to retail a Heattech T-shirt at 9.90 pounds, or $15.20 at current exchange, is the close collaboration between the Japanese design and tech team on the one hand and Chinese manufacturing on the other. Although three-quarters of manufacturing is based in China, the partners remain few and are trained by the brand, which makes quality control easier.

The executive showed himself relaxed about the harsh economic climate in Europe. Expanding during times of recession can be an advantage, he said. “I always liked the anticyclical approach. Otherwise you’re too late. Every time has its opportunities.”