Uniqlo will open its largest store in the world here this weekend, coinciding with this month’s launch of the World Expo. 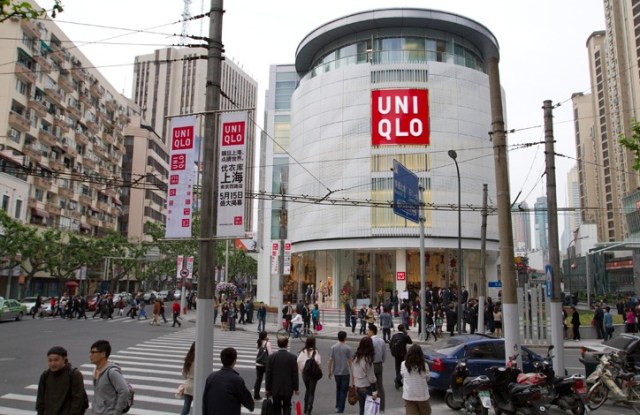 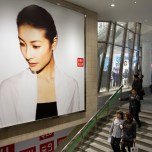 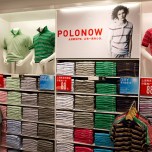 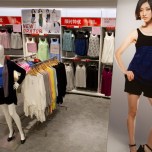 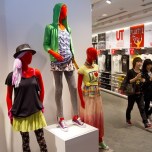 SHANGHAI — Uniqlo will open its largest store in the world here this weekend, coinciding with this month’s launch of the World Expo.

The 39,000-square-foot store will be the Japanese retailer’s first global flagship in Asia and fourth in the world, after New York, Paris and London. Located on Nanjing West Road, a major luxury shopping avenue, the flagship features 320 mannequins on three floors. The entrance from the Nanjing West Road subway station next door will feature a special display of “flying mannequins” that move from top to bottom.

“We look to China to be Uniqlo’s biggest market in the world, and we want to be the best-selling brand in China,” Tadashi Yanai, chairman and chief executive officer of Uniqlo’s parent, Fast Retailing Co. Ltd., said before the flagship’s ribbon-cutting ceremony Thursday.

To commemorate the opening, Uniqlo will sell a specially designed casual dress and eight variations of a “Shanghai Pop Culture Project” T-shirt designed by local artists for the brand’s UT line, as well as several exclusive shades of a polo shirt, available in a total of 88 colors.

Uniqlo entered the Chinese market when it opened its first store in Shanghai in 2002. With the new global flagship, Uniqlo will have 65 locations in Hong Kong, Beijing, Guangzhou, Shenzhen, Chengdu, Chongqing, Shenyang and Dalian.

Yanai said he hopes to open a flagship in Beijing as soon as possible.

China is also the company’s manufacturing center, and its factories export about 450 million units of apparel a year, according to Pan Ning, managing director of Fast Retailing’s China operations.

The brand analyzed the strengths of retailers such as Giordano and the U.S.’ Limited Inc., as well as Hennes & Mauritz and Zara, as it pushes to become “the best in the world,” according to Yanai. The company has considered investing in mergers and acquisitions in Asia, but doesn’t have any specific plans. If it did make a purchase, Fast Retailing would probably buy a company in Europe or the U.S., because “as an independent retailer, to break into the European and American markets is not easy,” Yanai said.

Uniqlo plans to accelerate its store openings around the globe, with a goal of 1,000 new stores in the next decade.

The opening of the Shanghai flagship forms part of a busy weekend in the city that is considered the commercial capital of China and one of the fastest growing in the world. Dior will hold a fashion show in Shanghai for international press and celebrities as part of a weekend of activities.