The 43,000-square-foot unit at Westfield Garden State Plaza in Paramus, N.J., is its largest mall store in the world and a prototype for future mall locations. 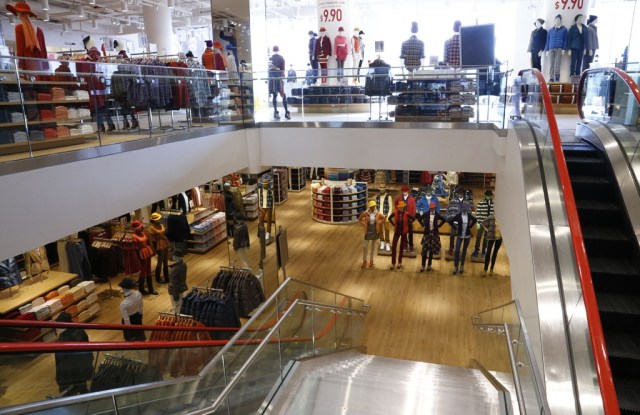 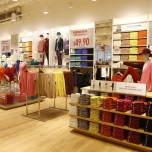 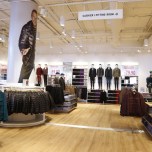 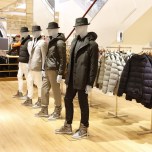 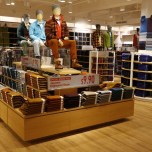 PARAMUS, N.J. — Even in broad daylight, the signage on Uniqlo’s new 43,000-square-foot store here stands out like a beacon, visible from Routes 17 and 4, the main highways to Westfield’s Garden State Plaza.

The two-level unit is Uniqlo’s first U.S. mall store, its largest mall store in the world and the prototype for future mall locations. Uniqlo USA chief executive officer Shin Odake said there will be many more.

“We need to find more shopping malls,” he said during a tour of the store, which opens Friday. “The number we’re aiming for is 200. We want to do $10 billion in sales in the U.S. That is our dream or goal.”

That number will likely grow as Uniqlo begins to experiment with new formats, as it does in Japan. “In Japan, we have [train] station stores and kiosks. Lifestyle centers are a very important concept. We are ready to experiment. It’s in our DNA.”

Uniqlo also is thinking about smaller stores. “I don’t think all of our stores will be 40,000 square feet,” he said. “Japan is very limited in terms of space, so we’ve had to be creative. In the U.S. in busy areas, I want to be creative about doing something. There’s an opportunity.”

In terms of new concepts, Odake cited a store opening this week in Japan that is a collaboration between Uniqlo and Bic Camera, a Japanese retailer of home appliances. The store, called Bicqlo Shinjuku East Exit, was described by parent Fast Retailing Co. Ltd. as “Uniqlo’s new growth engine and a store with global appeal.”

“We created a whole building with both products at the busiest subway station in the world,” Odake said.

The Garden State Plaza store was designed by Wonderwall and its principal Masamichi Katayama, who designed Uniqlo’s stores in New York. With 200 mannequins and almost 40 LED monitors, there is lots of visual stimulation.

Uniqlo’s prices for store openings will be in effect with Japanese engineered jeans in fall colors for $9.90, broadcloth cotton shirts, $9.90, and ultralight down jackets, $49.90.

Odake said Uniqlo will launch an e-commerce site in the U.S. this fall. The brand will make its entry into the West Coast on Oct. 5 on Powell Street in San Francisco.

“We’re seeing more that there are differences between the stores,” Odake said. “Japan is a very homogeneous society, totally opposite from the U.S. in diversity.”