Japanese giant wants to reassert itself into the American market. 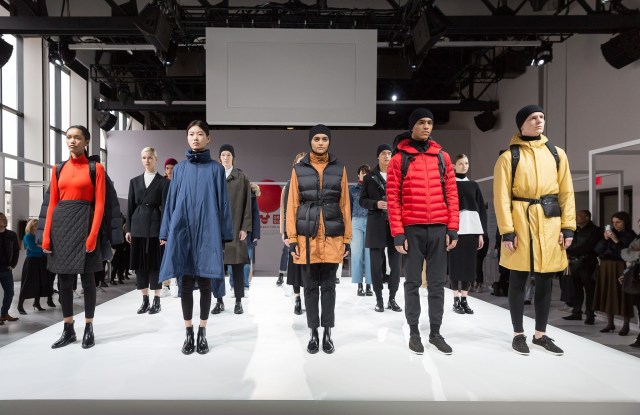 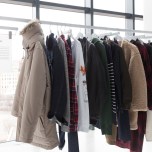 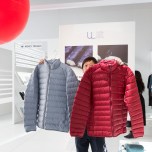 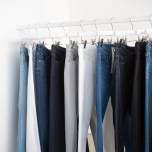 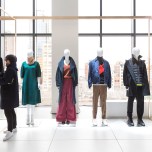 The words were spoken by John Jay, Uniqlo’s president of global creative, who was quoting Tupac Shakur at the company’s LifeWear fall 2017 presentation.

And the retailer is taking Shakur’s words to heart. Uniqlo on Wednesday introduced a spate of initiatives to the media at Spring Street Studios in Manhattan. That Uniqlo brought its LifeWear event to New York was news in and of itself since the company traditionally previews LifeWear in Tokyo.

Tadashi Yanai, founder, chairman, president and chief executive officer of Uniqlo’s parent Fast Fashion Co. Ltd., made the trip to New York to tout the brand’s vast and varied offering and talk up its technological breakthroughs.

Uniqlo was mounting a full court press to show how important the U.S. market is to the retailer’s future growth. With mixed results in America since the launch in 2006 of its first flagship in Manhattan’s SoHo, the brand has suffered from a lack of consumer awareness, insufficient marketing and advertising and issues related to merchandising and product presentation. The U.S. operations continued to operate at a loss last year, although a declining one.

In addition to the appearance by Yanai, Uniqlo’s partnership with British brand J.W. Anderson was unveiled. The buzzy label, designed by Jonathan Anderson, is made with delicate fabrics, elaborate graphics and treatments such as ruching and commands luxury designer prices.

“Everything from Uniqlo is perfectly made, the designs, they are reduced,” Anderson said on a video shown at the presentation. “When I think of Uniqlo, people have spent a lot of time considering the designs. It’s a difficult job, and I think Uniqlo does it very well. It’s nice that my design can be accessible to anyone, on all different levels.”

Yuki Katsuta, head of research and development at Uniqlo and senior vice president of its parent Fast Fashion, explained how the brand’s technology differs from that of other retailers. “We developed denim in our L.A. innovation center. We’re introducing a 3-D whole sweater that’s not stitched at all.”

Katsuta said his first rule for partnerships is, “I never make an inexpensive version of a designer’s main collection. When we study clothes, we always evolve and improve. We do this from a Japanese perspective, but we always think it can be better to ask the experts.”

Uniqlo wanted to work with a British designer and chose Anderson “from a huge pool of talented British designers. We don’t do collaborations for a marketing purpose. We believe we’re making better clothing for our customers. Collaborations also give us hints for future core items as well.”

Christophe Lemaire, the Paris designer who is partnering with the brand to create Uniqlo U’s new essentials, set up a new office and team in Paris for Uniqlo and is working at the company’s R&D center there, Katsuta said.

“Our goal is to push the definition of LifeWear and create pieces that function as utilitarian with as much style and detailing, with new proportions and volumes and colors,” Lemaire said via taped address. “We’re trying to balance what you need and what you want.”

The event Wednesday focused on everything from Uniqlo’s core collections such as cashmere, denim, Ultra Light Down, Heat-Tech and more, to collaborations. Its other designer collaborations for fall include ones with Inès de la Fressange, who revealed hers will expand to encompass men’s wear in the fall, and a tie-up with Hana Tajima, the U.K.-born designer known for pieces inspired by sculptural designs and folds.

“We want to contribute to the evolution,” Jay said. “We understand that context is everything. Things that seem to have a concrete place in our lives are always changing. Clothing is changing and that evolution is LifeWear.

“LifeWear is our entire philosophy and why we’re so excited about our evolution in America,” Jay added. “Evolution is our birthright in many ways as a Japanese company. There was no casualwear. [Uniqlo] is simple made better.”

While Uniqlo’s core tenet is the democratization of fashion, Jay made it clear that affordable prices don’t mean cheaply made. “You can say many things about us, but we do not make disposable fashion,” Jay said. “We’re brave and innovative enough to make simple better. We bring a high level of quality to the greatest number of people.”

With other R&D centers in Tokyo, New York and London, “we’re constantly working,” Jay said. “That’s the evolution, we call it information and manufacturing.”

In the future, which is now here, information will be digitized and curated with instructions going directly to factories.

“We’re all about changing the conventional clothing wisdom to enrich people’s lives,” Jay said. “From planning, design and distribution, we’re going to evolve into a digital retail consumer company. We’ll keep developing LifeWear, but we’ll very much change the business. We’ll all be connected. “

The ad campaign aims to connect with consumers in a way the retailer didn’t do before, posing existential questions. Each spot features a different aspect of LifeWear, including denim, knits, Airism, HeatTech and Uniqlo U.

Obviously, Uniqlo thinks it can. “Why get dressed? We keep asking. That’s the science of LifeWear.” The brand’s new tag line is, “Because of life we made LifeWear.”

Yanai pointed out that consumers today “choose clothing that suits their expressions.” The Fast Retailing founder noted that Uniqlo “is fortunate that we are the third-biggest apparel generator in the world.”

Yanai rattled off statistics about Uniqlo’s strength, such as nearly one billion pieces of HeatTech have been sold, and 50 million pieces of Airism are sold each year. State-of-the-art technology is employed in Ultra Light Down, so consumers can wear the jackets throughout the year, he said.

After the presentation, two men and a woman wearing lab coats were demonstrating how the Airism fabric is designed to remove moisture. They demonstrated using a contraption with two tubes connected to an electrical source. An Airism shirt and a polyester shirt were each put into a tube.

“Look,” the woman said. “Look how much the Airism fabric absorbs the water.”

She seemed almost as excited about the technology as Yanai.