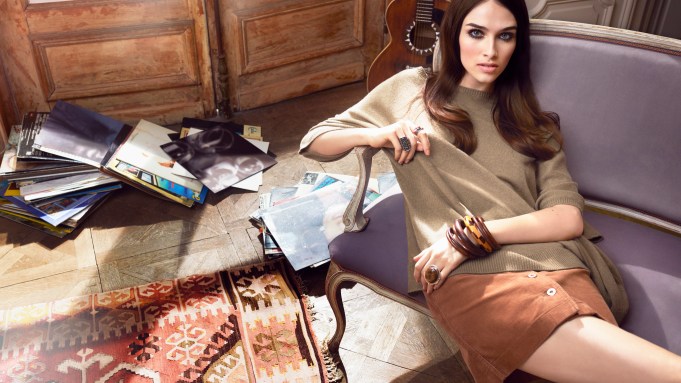 The collection will be available in the U.S. at Uniqlo’s SoHo and Fifth Avenue stores in New York, as well as online, beginning Sept. 9. It will also be sold globally in flagship stores and online.

De la Fressange signed with Uniqlo in October 2013 for a collaboration beginning in early 2014. The L’Oréal model and Roger Vivier brand ambassador also runs her namesake brand and boutique which she relaunched in 2015. The former muse of Karl Lagerfeld, she is also the author of  “Parisian Chic City Guide,” a follow up to “Parisian Chic.”

In addition to de la Fressange, Uniqlo collaborates with the French designer Lemaire on a men’s and women’s capsule collection. As WWD reported last month, the Japanese fast-fashion retailer also is said to be in discussions with Alber Elbaz about a possible tie-up. Neither Elbaz nor Uniqlo would comment on the speculation.