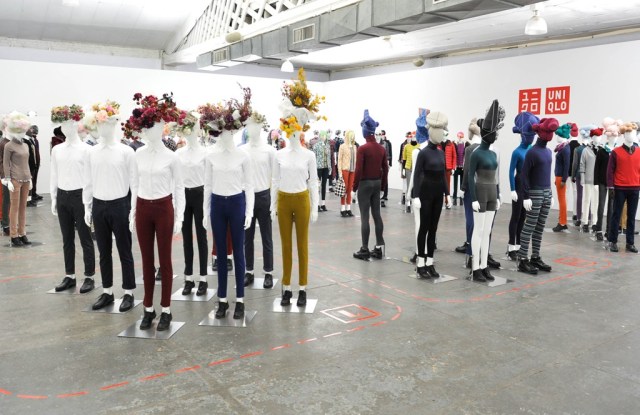 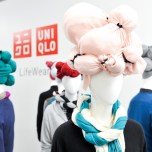 NEW YORK — Uniqlo is revving up its U.S. expansion timetable.

In August 2012, Shin Odake, who was then the retailer’s U.S. chief executive officer and is now overseeing its efforts on the East Coast, said the company was shooting for 10 to 20 stores in two years. Larry Meyer, Uniqlo’s new chief operating officer, said Tuesday that the retailer will open 20 or more stores in 2014 alone.

“Once we get the scale, we can accelerate that. We have a vision of multiple hundreds of stores in the U.S.,” said Meyer, who joined the Japanese retail giant after 11 years as executive vice president at Forever 21. “We haven’t done anything yet. We only have seven stores in the U.S. This is just the beginning.”

So far, Uniqlo operates three Manhattan units, on Fifth Avenue, on 34th Street and in SoHo. “The financial district downtown, I would like to have a store in that market. We opened in Westfield Garden State Plaza in Paramus, N.J., Palisades Center in West Nyack and Ridge Hill in Yonkers, N.Y. There will be other malls in New Jersey, and we hope to be in the Roosevelt Field Mall in Garden City, N.Y.,” said Meyer.

From the New York metropolitan area, the retailer will move on to Boston and Philadelphia. From San Francisco, where Uniqlo’s store is on Powell Street, the company will expand to San Jose, the East Bay and Northern Bay. “We’ll leverage our distribution and operational strength from New York and San Francisco,” Meyer said. “We have to build our presence and awareness. The Midwest requires a different level of investment, which we’re willing to make.” The area lacks the infrastructure and consumer recognition of the coasts. Of course, e-commerce is giving Uniqlo an idea of where its customers live. “We have to upgrade e-commerce,” Meyer said.

“Everything is on the table,” he added. “We’re constantly trying to reinvent ourselves. We’ll do smaller stores. We’re trying to match the store size to the market.”

Executives on Tuesday outlined the company’s next moves during a presentation at Industria Super Studios here. The Japanese retailer also discussed how it’s moving forward in fashion, the types of design partnerships it’s looking for (hint: unconventional) and how it’s giving luxury fibers new qualities while still keeping them affordable.

The retailer has been breaking out of its classic apparel comfort zone and developing new fabrics, treatments and shapes to give its product arsenal fashion twists. At Industria, 81 mannequins placed in nine groups of nine, representing the nine LifeWear design projects, were styled by Nicola Formichetti, creative fashion director. The mannequins had avant-garde hair treatments ranging from flowers to asymmetric arrangements of cashmere balls to strangely shaped protrusions.

The LifeWear projects were intended to breathe new life into Uniqlo’s signature categories. For example, fleece now comes in new textures and designs, from a black jacket that looks like boiled wool to sweaterlike fleece and jackets in sporty shapes.

Down vests had close-ups of denim and sweater stitches superimposed, new modern shapes and colors such as bright yellow. “We introduced cashmere 10 years ago,” Katsuta said, adding that it’s become a predictable category at retailers from department stores to mass merchants. “We’re emphasizing quality,” he said, noting the updated colors and color-block treatments. Uniqlo is introducing the most dress styles ever for fall in everything from textured silk to silk with patterns by British designer Celia Birtwell, said Katsuta, who was previously men’s divisional merchandise manager at Bergdorf Goodman.

Naoki Takizawa, design and art director at Uniqlo, said a major undertaking is the silk project, which created a fiber that feels luxurious, is functional and is accessibly priced. “We started all over again with the silk fiber,” he said. “We’re using the highest quality. It’s very fragile. We go to fiber companies and work together to create special silk. We send our technicians into the companies to help them.”

Uniqlo, which has partnered with Costello Tagliapietra, Jason Wu and Jil Sander, has been working with Sweden’s 10 Gruppen. “It’s not clear whether we’ll keep collaborating with 10 Gruppen,” Takizawa said. “We’re researching the right relationship.”

Katsuta is meeting with “a bunch of designers” this week while in New York. “Today you see too many collaborations everywhere,” he said. Uniqlo’s Sander project, +J, was different because “it was like making a new brand. Last year we had a collaboration with Undercover for a total family collection.” And a partnership launching this month with Michael Bastian is unique because it focuses exclusively on men’s polo shirts in a profusion of colors and patterns, Katsuta said.