A growing number of retailers are taking a closer look at or increasing their purchase of domestically made apparel.

By David Moin and Sharon Edelson on September 5, 2012
View Slideshow 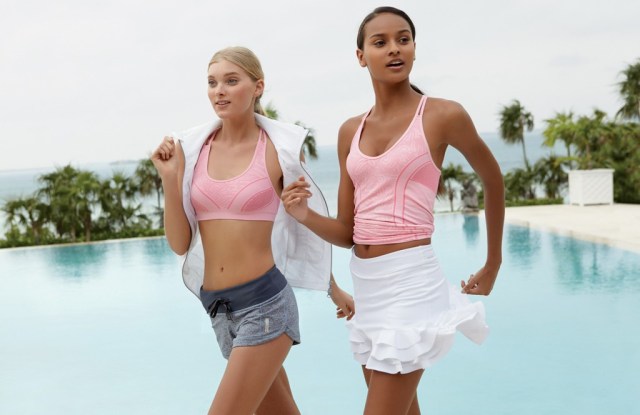 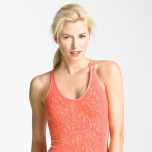 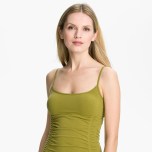 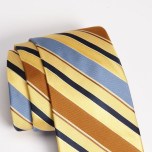 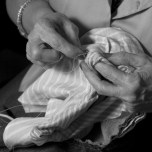 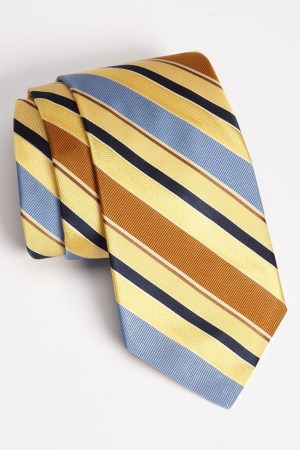 A growing number of U.S. retailers are taking a closer look at or increasing their purchase of domestically made apparel.

Brooks Brothers, with its classic American style, is fortifying the reputation by advancing its U.S. production.

“There’s been tremendous growth,” said Paulette Garafalo, president of wholesale manufacturing and international at Brooks Bros. “We feel we are just at the beginning.”

Brooks Bros. has acquired three factories since 2007: one in Haverhill, Mass., called Southwick, where 80 percent of the brand’s suits are made; a plant in Long Island City, N.Y., where all the ties are made, and a third factory in Garland, N.C., where all of the luxury and made-to-measure shirts and shirts under the Black Fleece label are produced.

For other U.S. retailers, such as Nordstrom Inc., Abercrombie & Fitch Co. and Target Corp., sourcing domestic is a quietly growing strategy. Boston Consulting Group has reported that changing economics are starting to favor manufacturing in the U.S. and that 15 to 20 percent annual increases in Chinese wages and other factors were “rapidly eroding China’s manufacturing cost advantage over the U.S. and that the advantage would end completely in five years.” Abercrombie is pursuing more U.S. and Central American sourcing as a means to help reverse sagging sales, while Wal-Mart Stores Inc. continues to promote the “Made in America” theme, though lately much of the effort seems tied to groceries, not apparel.

Retailers source domestically for greater speed to market, flexibility in the size of production runs, quality control and to a lesser degree, the prestige associated with a Made in USA label. They acknowledge that with consumers, it’s quality, style and value that matter most; country of origin is secondary.

Since October 2011, Club Monaco has been offering men’s wear bearing the Made in USA label, and while representing a small percentage of the overall collection, it’s a growing piece. The offering includes neckwear, woven shirts, topcoats, suits, sports coats, chinos, denim and shoes, while a domestic sweater manufacturer is being sought.

“It’s considered a capsule collection,” said Aaron Levine, Club Monaco’s vice president of men’s design. “We design it separately from the regular collection, but it always talks back to whatever we are doing.”

Levine said the U.S.-made products are merchandised separately in the stores, and working with a domestic supplier provides the flexibility to be cautious by ordering a handful of pieces, or to write a bulk order when the demand is perceived. He also cited the shorter production cycle — two months or sometimes less from design to delivery.

“Definitely, I would say there’s a movement,” agreed Garafolo. “How long it lasts and how strong it gets I don’t know. Many American brands would like the synergy of being made in America if they can figure out all the dynamics.”

Brooks Bros. did just that, assembling a team of seasoned executives, including a senior vice president of manufacturing, a head of production planning, a chief financial officer, a customer service manager and others in quality control and engineering. The company has about 1,000 employees in total at its three factories, which have been automated to have flexibility to handle small or large quantities, to transition more quickly to different products, and to lessen the risk of interrupted production.

Brooks Bros. is growing its third-party manufacturing business and participated at the MAGIC trade show for the first time in August.

“This is a freestanding business unit, geared to make profits,” Garafolo said. “As we bring up the volume, we should see our prices become very competitive. We are already starting to see that. Our tie factory and Southwick are at full capacity and growing.”

“We hear from customers that Made in USA is important, so we are looking for more opportunities,” said a Nordstrom spokeswoman.

Some Nordstrom private label products are made in the U.S., including Halogen accessories, Classiques Entier women’s apparel and John W. Nordstrom ties, though Nordstrom manufactures private label in 38 other countries.

“Generally, when we decide where to manufacture or partner with a vendor, we are looking at price, quality, design and delivery, and so whether it’s made in the U.S.A. or another country, those are things we are considering,” the spokeswoman said. “I wouldn’t say there is a conscious program” to carry U.S.-made products. “But we are always looking for opportunities, because our customers say they want Made in the USA.”

The search engine on target.com pulls up U.S.-made items such as velvet retro armless chairs and Just One You baby clothes by Carter’s. Target’s sourcing, domestic or overseas, depends “on a number of factors, including demand, production quality and capacity, speed to market, price and risk,” said a spokeswoman. While Target declined to discuss any new U.S. initiatives, Natural Advanced Technologies, the maker of Crailar Flax, said in July it partnered with Target to test the fiber for an array of home products.

J. McLaughlin, a vertically integrated retailer known for colorful, classic and preppie styles, produces some 30 percent of its collection at its Greenpoint, Brooklyn, central office that includes an 8,000-square-foot manufacturing space that is contracted and employs 40 sewers, pressers and cutters. The factory is owned by Dynotex.

“They are our only domestic supplier and we are their primary customer,” said Steve Siegler, chief executive officer of J. McLaughlin. “We call it a partnership. We can control the product, the quality, the consistency, and we can react quicker.”

The factory manufactures cut-and-sewn wovens and generates 2,400 stockkeeping units, or about 150 styles each year. McLaughlin’s knitwear is produced offshore.

Siegler said producing locally means eliminating the two to six weeks it takes to ship to the U.S. by plane or boat, and eliminates the unpacking and repacking of overseas shipments before distribution. Asked if customers care if an item is made in the U.S., Siegler replied, “It certainly is a positive. Customers first look at the garment, its color, its silhouette. Then they touch it, try it on, and if they love it, they will buy it. Made in USA has a positive connotation, a quality connotation, just like Made in Italy. It adds value, but we don’t market toward that. We think great product is great product. We love the idea of Italian cotton, which we use to make men’s shirts in Portugal. Certain products we can’t make here, like sweaters, knitwear and socks because you can’t get the raw materials. Our store people think customers feel better when they buy made in USA but I don’t think it’s a big determinant.”

Designer Juliana Cho said at her company, Annelore, “Each of our garments is inspired by, designed and manufactured in New York City,” adding, “It totally makes sense for us to keep our production here, where we have complete control over the quality.”

Cho, who has a store in the West Village and another in TriBeCa, said her hands-on involvement in the production “absolutely mitigates the extra cost of production. Being able to oversee production daily ensures that every garment is manufactured to the highest specifications.”

Her TriBeCa store houses a design studio that’s visible behind a glass wall.

“Customers are definitely impressed, but it’s not a gimmick,” said Cho. “It makes economic sense” since she can design and see how the garments look and fit on customers at the same site.

“There are a lot of advantages to buying things made domestically. Speed to market is a big one,” said Susan Davidson, ceo of Scoop and Zac Posen. “You cut out all the transportation from Asia, probably a good two weeks, as well as the transportation costs. It’s about buying the right product and being able to get back into it. The manufacturing cycle is a lot faster.”

Davidson said about 20 percent of what’s sold at Scoop is from U.S. manufacturers, with plenty of the store’s jeans, T-shirts and dresses sourced in Los Angeles. She also said Zac Posen manufactures evening gowns in New York.