The British Fashion Council's annual Designer Pop-Up at Bicester will decamp to Value Retail's Shanghai Village in 2020 as part of a surge in Chinese tourist shopping.

The BFC pop-up space at Bicester Village in Oxfordshire.

LONDON — Frosty trade relations are driving the Chinese away from the U.S., and into Europe, and encouraging them to shop more at home, too, which is fueling business at Value Retail’s high-end discount outlets.

As a result of those trends, and other tailwinds, work has begun on the second phase of Suzhou Village — one of Value Retail’s two Chinese sites — with 80 new boutiques set to open in time for Chinese New Year 2020.

In addition, the 2020 British Fashion Council Designer Pop-Up, which showcases established and emerging ready-to-wear and accessories brands, will take place at Shanghai Village to coincide with the city’s fashion week.

Bollier added that the guests at Value Retail’s Chinese villages “are as sophisticated as the ones we’re seeing in Europe, and that gave us the confidence to build phase two of Suzhou.”

She said Value Retail has been learning a lot from its Chinese outlets, too, especially on the digital front. About one-third of the brands are using WeChat to cultivate and communicate with clients, a strategy that can be adopted by teams in other regions.

Bollier was speaking on the sidelines of the BFC’s Designer Pop-Up launch. The temporary space will showcase 30 brands for three weeks at Bicester Village in Oxfordshire, starting on Oct. 10. 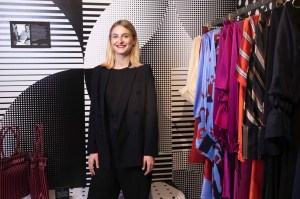 The pop-up has three times’ more brands than in 2018, and is also open for a longer stretch of time. As part of a partnership with the BFC, the managers and teams at Value Retail mentor and help designers build their businesses and plan strategies.

Next year, designers who show at the pop-up will get business development expertise specifically tailored to the Chinese market.

Bicester is the flagship of the Bicester Village Shopping Collection, which includes nine high-end outlets across Europe and two in China. It was also Value Retail’s first site in Europe, and will mark its 25th anniversary in 2020.

Scott Malkin, founder and chairman of Value Retail, said during the same interview the focus of Chinese tourism has been shifting from the U.S. to Europe, with trade frictions creating a “strong opportunity” for business in Europe and China.

Malkin added that Chinese tourism continues to grow internationally, and that the Chinese are broadening their horizons and visiting more places across the globe. The exception to the trend is U.S., where the number of Chinese tour groups has been shrinking.

“The Chinese are embracing the world, and Europe has been growing as a result of that,” Malkin said. “And while China has been showing an enthusiasm for the outside world, it has also been focusing on itself.”

Value Retail’s outlets have always played well with the Chinese, who regularly buy big wheelie bags at the Tumi outlet so they can transport all of their merch back to London. Bicester Village is the second-biggest tourist destination for Chinese tourists in the U.K., after Buckingham Palace.

“Today, new destinations are coming to the fore,” said Bollier, pointing to Ireland, which has tens of thousands of Chinese students, and whose families and friends regularly visit. “A new curve is emerging,” she said.

Bollier added that 2019 has been one of the best years so far for tax-free numbers (refunds to shoppers who live outside the European Union) across the Bicester Village Shopping Collection.

“We are seeing robust numbers, robust average spend and we are bullish on 2020,” she said.

Malkin said the overarching aim is to raise the bar on customer service across the village estate and to create environments that allow for high-touch experiences and memorable moments. He wants to design environments that make people feel good, and when they feel good, they’re in the mood to spend.

He added that Value Retail’s outlets have moved beyond a distribution channel, and are partners to the luxury and high-end brands with which they work. He said they support them with everything from customer acquisition to positioning to brand building.

“Our core conviction is that flagship retail is the future. It is the counterbalance to commerce online,” he said, adding “we want to create places where people feel good about themselves and others, where they feel a sense of community. Our gift to our customers should be memories.”