Vaniti to Launch as Online Marketplace

New Web site will allow upscale and emerging brands to convey their points of view through virtual storefronts. 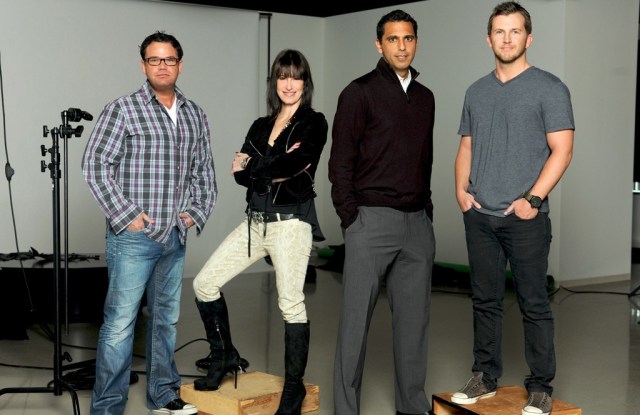 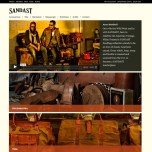 LOS ANGELES — Crafters have Etsy; resellers have eBay; boutiques have Farfetch.com, and fashion brands will soon have Vaniti.

Launching in May, the new online marketplace is designed to be a comprehensive shopping destination for upscale and emerging brands that will sell merchandise and convey their points of view through their own virtual storefronts. It’s free for brands to join and around 200 have already done so, encompassing men’s, women’s, children’s, shoes, accessories and home, including Gypsy 05, Babakul, Botkier, Sandast, Dita Eyewear, Piper Gore and Jewelry by Nola.

Derek Wall — a veteran of the fashion and technology industries who helped launch Ezekiel Clothing at 20 before holding positions at online ventures BuyNow, PriceGrabber and TechStore — conceived of Vaniti upon noticing that a certain tier of small to midsize fashion brands (typically bigger than those in Etsy’s handmade wheelhouse, they are the type of brands often found at speciality stores across the country) didn’t have an online marketplace dedicated to them. In order to convince the brands that Vaniti was a worthwhile endeavor, Wall brought on board Lisa Kline, who shuttered the last of her namesake stores on Robertson Boulevard last year, as chief fashion officer.

“There’s no real place for these brands to reside online, and so we wanted to build this platform to really empower brands,” said Wall. “The idea around Vaniti was there’s so many amazing brands, but they have no exposure.” Wall added Vaniti “isn’t for mainstream brands at all. It’s to allow our customers to explore and unearth brands. What we’ve seen is 50 percent of the brands that come on Vaniti don’t even have e-commerce, but they may have hundreds of thousands of followers on Facebook.”

Kline is relying on her fashion instincts to cultivate a merchandise mix and build a customer base that brands can feel comfortable being a part of at Vaniti. She said, “I’m not going to put in a brand that wouldn’t fit. It’s like in my stores: It has to be a certain level of contemporary to luxury. They have to be hip because I feel our customer is going to be a hip fashion customer, a Lisa Kline customer, really.”

Kline’s reputation has certainly delivered brands to Vaniti. “I have known Lisa for years and adore her. She is such a pioneer in the fashion world,” said Nola Singer, founder of Jewelry by Nola, who believes that, “With Lisa helping to discover the designers, it will be a success.” Singer was also drawn to the opportunity to customize a storefront on Vaniti to represent her brand.

As a former retailer hit hard by the onslaught of online deals, Kline sees Vaniti as affording brands relief from the flash-sale phenomenon. “They need it because they need to make money, but it tarnishes the brand. When I walk down [apparel trade show] aisles, if I say Web site, I hear, ‘Oh, god, please say it’s not flash [sales].’ They want nothing to do with flash. They’re sick of it. It’s so embarrassing, horrible. So for these brands, it gives them an opportunity to pull away and have a chance to not be a part of that flash-sale world,” she said, “and they have control of their brand and their image.”

Dotan Shoham, co-founder of the apparel brand Gypsy 05, which has been involved in a few flash sales, views Vaniti as in a completely different online distribution segment. “The way I see flash sales is similar to going out to Ross, TJ Maxx, Burlington [Coat Factory], Nordstrom Rack or Last Call. People are looking for the deals, and usually the merchandise there is not as fresh or as new as full-price. With Vaniti, it is going to be a full-price Web site. It is a different attitude. I think people are going to go there to browse, to shop, to look around and see what’s there. It is going to be like a nice department store with different windows to look at,” he said.

Wall estimated Vaniti is spending thousands of dollars per brand to establish brands’ presence on the Web site. Brands can choose how much support Vaniti provides, but it offers to make videos to tell brands’ stories on the Web site, take photographs of merchandise, and handle logistics and customer service. Vaniti has roughly 14 employees now, and Wall projects it will have hundreds of employees within the next two years.

Rakuten, Japan’s largest online marketplace with nearly $5 billion in revenues last year, is backing Vaniti. Wall, who was president of Aliso Viejo, Calif.-based online retail marketplace Buy.com’s subsidiary BuyNow, connected Rakuten with Vaniti and said the company has invested “millions of dollars” in Vaniti, although he wouldn’t specify the exact amount. Neel Grover, chief executive officer and president of Buy.com, which Rakuten acquired in 2010 for $250 million, is chairman of Vaniti.

“The assets that we have with Rakuten are enormous: over 100 million customers worldwide, and they own so many companies that we can really utilize the technology or the assets that they have,” said Wall.

Wall predicted Vaniti would be profitable within its first several months of operation. Like other online marketplaces, it charges a commission on sales made through Vaniti. Wall declined to discuss the commission rate, but brands suggested it was running about 25 percent of the retail prices for goods sold on Vaniti.

As for revenues, Wall said, “In the next few years, we’d like to do hundreds of millions of dollars.” In five years or so, he continued, Vaniti will have a variety of revenue streams. “When they [Gilt] launched it was just Gilt, but they had this road map of all these different features, services and other businesses, similar to what we’re going to evolve into,” he said.