Investors are looking for firms with a retail component and a strong Web presence. 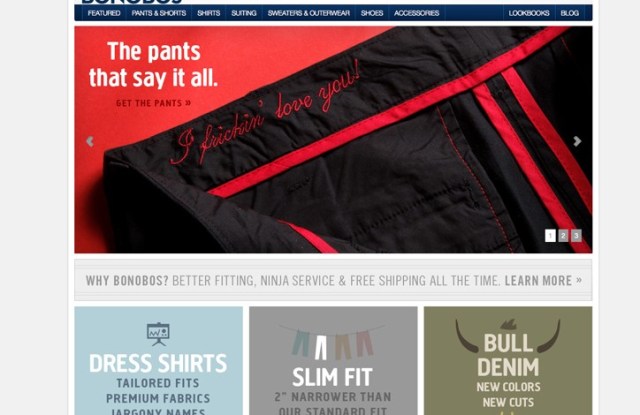 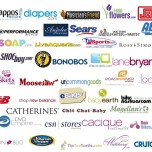 Any young designer start-ups out there looking for investments to reach the next phase of growth? Well, the venture capitalists are back.

Overall VC investments, which hit a high of $100 billion in 2000, were around $25 billion last year after the economic meltdown and are expected to rebound to about $30 billion this year, financial sources estimated. And while it’s too early to tell what percentage of the share of VC funding will go toward fashion and retail, VC firms are already trawling for firms to back given the growth opportunities they present.

What kind of companies do they like? Firms with a retail component, for one, and Internet connections make a firm even more attractive. That’s because, in addition to e-commerce’s continuing strong growth, a presence on the Web gives the operation an immediate global reach.

A number of fashion companies have already completed their rounds of VC financing. And most have merged retail and the Internet in a big way.

Men’s online apparel firm Bonobos, founded in 2007, in December said it secured $18.5 million in a third round of venture capital financing, led by Lightspeed Venture Partners and Accel Partners, along with ongoing participation from angel investors.

Angel investors provide funds in the earliest stages of a firm’s development. Count friends and family in that group, as well as high-net-worth individuals willing to take a chance on the next big thing. Once a company gets it feet wet, the next phase of early-stage investing is venture capital. Some angel investors will continue to go along for the ride, providing additional funding alongside the VCs.

Shopkick, the early-stage venture that creates software apps for use on smartphones, in July raised $15 million in its second round of financing, which was led by Greylock Partners and includes a consortium of investors such as Kleiner Perkins Caufield & Byers and Citi Growth Ventures & Innovation Group.

Matt Murphy, partner of Kleiner Perkins, said at the time, “As investors think more and more on how to get transaction flow, rather than the eyeball and advertising game, mobile commerce is the next thing….Shopkick is a good example of thinking about where all this is headed.”

Shopkick’s app allows a shopper’s mobile device, once entering a participating retailer equipped with a transmitter, such as American Eagle Outfitters, to receive information on deals available at the store.

In addition to these two, others are now in the midst of VC fund-raising efforts.

Jordy Leiser, co-founder and chief executive officer of StellaService, completed an angel investing round at the end of 2009 which raised $250,000. He’s been on the hunt to raise more than $1 million in VC funding and expects to close on his second round of fund-raising shortly.

StellaService uses consumer satisfaction data to rank Internet-centric retailers on their service. A “seal of approval” is on the sites that pass muster. Two early adopters were Zappos.com and Diapers.com, and now 50 online retailers carry the StellaService seal.

He called MyNines “disruptive,” in that it is capable of changing the online user experience by “changing the entire industry and/or the shopping habits of the consumer. That’s why venture capitalists are involved, because of the online strategy which automatically gives you a global company. There are no borders and no boundaries, unlike going back 20 or 30 years ago before the Internet when the [infrastructure meant] building brick-and-mortar one [store] at a time.”

Apar Kothari, who co-founded MyNines in 2009, said the curation advantage allows consumers to go to one place and see all the available sales, instead of having to deal with each sale site individually.

Other early investors include Greenhill SAVP, with $350,000, through its institutional fund GSA Venture Capital, which closed in April 2010, and angel investor Jill Preotle, with $100,000 that closed in August 2010.

Brian Hirsch, a managing director at GSA, who is also an individual investor in ARC, said his firm was interested in MyNines due to the “explosion online of private single-sale sites,” noting that there are more than 100 such sites online. He explained when there is that much dispersion in terms of vendors, aggregation can be a successful business such as Shopping.com, Mysimon.com or, in the travel sector, Kayak.com.

“Our fund was comfortable betting on the site because it didn’t need to carry inventory, the cost to operate is low and the business model is based on commission from affiliated sites” for sending shoppers its way, Hirsch said. “This is a clean, easy model to scale, versus the direct-product sale site, which can be hard to determine which ones are likely to be winners.”

Kothari is currently fund-raising, hoping to raise another $2 million to $3 million via institutional investors to ramp up the company’s technology team and staffing capabilities.

The growth in funding availability and the need for a way to connect fashion entrepreneurs and prospective investors, much like the technology hub that evolved in Silicon Valley, led Freschman and Karen Griffith Gryga, both experienced VC investors, to found FashInvest in 2009. In December, FashInvest held its first capital conference where 15 firms had the opportunity to make presentations to potential investors. MyNines was one of those making a presentation — which clearly worked out for it.