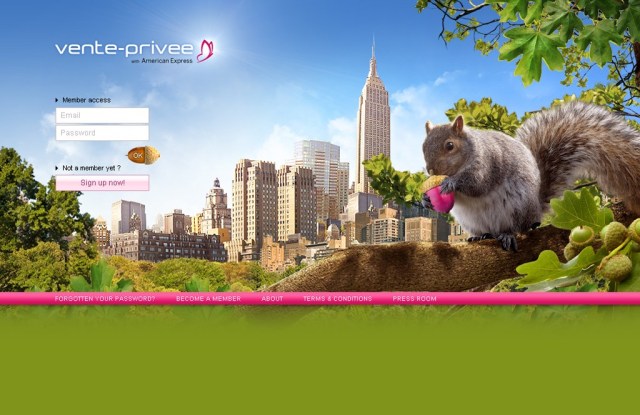 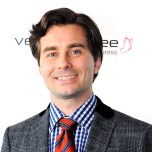 The venture plans to elbow its way into the increasingly crowded flash-sale sector by leveraging the strength and network of Vente-Privée’s 1,450 European brand partners and American Express’ marketing expertise — sales events will feature high-definition videos, state-of-the-art photography and original music — and database of over 30 million cardmembers at launch.

Like other flash-sale sites, the joint venture serves as an intermediary between branded firms and consumers using a business-to-business-to-consumer format. Vente-Privée USA, at venteprivee.com, features premium European and American brands at up to 70 percent off, with each day’s sale beginning at 10 a.m. EST and lasting 72 hours.

Each venture partner invested around $35 million in cash and an estimated $5 million in human capital and technology transfers. They expect turnover of $500 million within three to four years.

Mike Steib, chief executive officer of Vente-Privée USA, said the launch will feature one brand a day initially, possibly two, with a gradual ramp up of events just before the start of the holiday shopping season.

According to Steib, the initial outreach will be to the millions of American Express cardmembers who get the monthly paper statement, as well as those who get the newsletter, and on the American Express Web site. Fulfillment, logistics and customer service are all done in-house.

“We’re building a service to brands to help move excess inventory, while protecting the brand and its full retail prices. We’ll do events that make each of these sales a special occurrence so that the customer doesn’t expect [the specific brand event] to happen all the time,” Steib said.

“We will have a variety of products [but at the higher end of the] luxury price point.…The American Express cardmembers spend more money, and they spend more money online. They are an attractive audience with discerning taste. These are not your average shoppers,” Steib said.

He noted while a brand might be repeated as the subject of a sale within the first two months of operation, that’s not the game plan once the number of memberships grows. He expects eventually to have a few million members signed up. Steib emphasized that a brand that’s the subject of an event is not likely to be repeated for at least six months. “We’ll do that so the consumer is not trained to expect the same brands,” he said.

The ceo explained that when brands are the subject of special events over and over again, one runs the risk that the customer will begin expecting lower prices on a regular basis.

The majority of the events planned are skewed toward women’s ready-to-wear and accessories, although some housewares and men’s apparel will also feature in the mix. In addition, it will take advantage of its European brand relationships to feature more of those brands than its competitors. “Some of the strong [luxury] brands are European,” Steib said.

He’s also not ruling out branching into other areas and leveraging American Express’ merchant relationships, such as solving inventory problems in the travel industry. How Vente-Privée will evolve will depend on consumer feedback on the new site. The French parent site also offers sports equipment, electronics, fine food, wine and theater tickets.

Dan Schulman, group president of Enterprise Growth at American Express, said the company’s ability to take its customer base and marry it with the firm’s data analytics has allowed it to create a customized target list to jump-start the membership sign-up process. “We’re going after the highest potential customer. Eventually we can create tailored e-mailing lists so that we’ll know if you’re interested in men’s apparel and not women’s, or [specifically] accessories, and start to target events and experiences that will be relevant to the consumer,” he said.

Private shopping club Vente-Privée.com was started in 2001 by Jacques-Antoine Granjon, considered the founder of the flash sale model. Private equity firm Summit Partners in July 2007 took a minority stake in the business. Vente-Privée.com in France logged sales of 969 million euros including taxes, or $1.28 billion, in 2010, up 15 percent year-on-year. Dollar rates are calculated at average exchange rates for the period concerned.

Vente-Privée dominates its home country of France, but its operations in Austria, Belgium, Germany, Spain, The Netherlands and the U.K. have some competition, such as Privalia in Spain and Best4Friends in Germany. In the U.S., its key rivals — Gilt Groupe, RueLaLa, HauteLook (bought by Nordstrom earlier this year) and Ideeli — now seem like veteran operators in the space. Others, such as Amazon with its members-only Web site Myhabit, have also entered the space earlier this year.

According to Granjon, “We sell the best inventory possible in a way that doesn’t hurt distribution.”

He explained that due to existing partnerships with brands, they feel comfortable taking the risk of having extra inventory knowing that they have a partner, Vente-Privée, who can help them clear the excess.

“We don’t want the brand to create special product. We just want the excess product. A company can make a lot of money creating special product, but that’s very bad for a brand. In the U.S., you have huge volumes because it’s a big market. Many people don’t care. But if you want to create a brand, you have to control your distribution,” Granjon said.

According to Granjon, his company has been profitable since 2004, has zero debt and has not needed to raise money from venture capitalists.