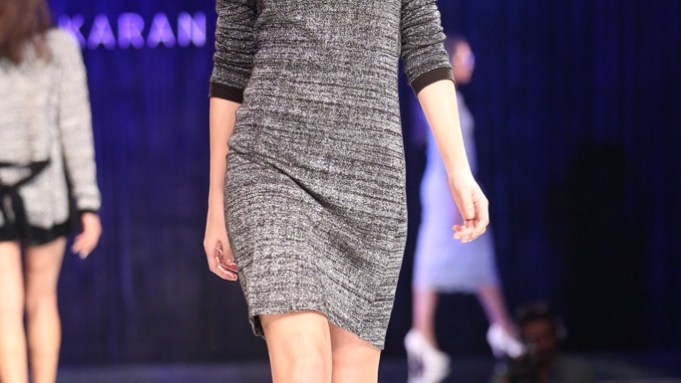 MUMBAI, India — In the first collaboration of its kind, Italian brand Vero Moda has partnered with Bollywood filmmaker Karan Johar on a fashion collection that will be available in stores in India from Oct. 1.

Called Vero Moda Marquee, the line will have eight collections that will be in stores for two weeks each and make up 80 designs.

Johar, who describes the line as inspired by “a mix of high-street brands and haute couture,” said he had finely honed his own fashion sense through his films, and described his style as “luxurious, grand…yet functional.”

“This is my first attempt to re-create my own distinct style by putting together a collection for a women’s fashion brand,” he said. Johar is known for the fashion quotient in his films and is also the host of a popular television show, “Coffee With Karan,” in which he interviews famous actors.

Vineet Gautam, country head of Vero Moda’s local partner Bestseller India, said the collaboration would lead to a string of firsts: The first television campaign for the brand in India will launch soon. “We wanted to do something that gave customers something to look forward to, to anticipate their next shopping expedition,” he said.

Another experiment is the ability to preorder the collection on e-commerce fashion Web site Myntra. Actual sales for the first collection will open on Oct. 1.

The line was launched here last week at an event filled with celebrities from the film industry, with actress Kangana Ranaut, known for her own fashion sense, walking the runway for the finale.

The collection generally maintains Vero Moda’s aesthetic. “We didn’t want to lose the brand ethos,” said Gautam, “but we did want something that is a bit of a high-street brand that has a couture edge. A lot of couture is not easy to replicate in large numbers — we wanted something that was producible, although we will not do more than 1,000 pieces for these.”

The Marquee collection will retail at select outlets. Vero Moda has 61 stores and 85 shop-in-shops in India. Most of the stand-alone stores are 2,000 square feet, although three stores — one each in New Delhi, Mumbai and Gurgaon — are  5,000 square feet.

Vero Moda is one of the few overseas firms that has applied for foreign direct investment in single-brand retail — all three of the Bestseller brands in India. Applications for these are still pending clearance, but retail analysts believe that will happen in the near future.