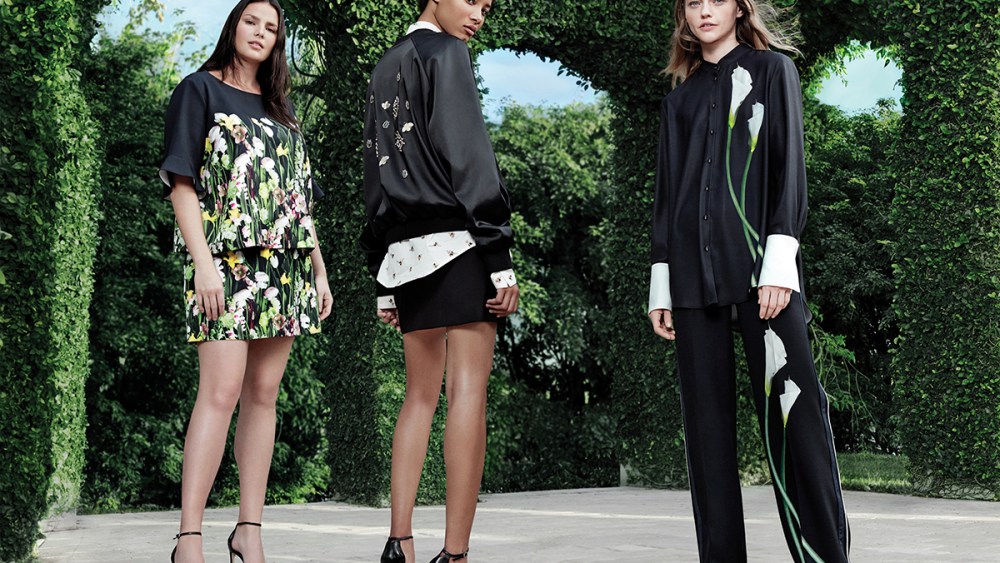 Victoria Beckham has never shown a great interest in designing affordable clothing — a dress from her main ready-to-wear collection costs more than $1,000. But Victoria Beckham x Target, a 200-piece line bowing in stores and online on April 9, is the designer’s take on spring fashion for mothers and kids with an eye toward affordability.

“I wanted to do a collection for a woman who doesn’t want to pay so much,” Beckham said in Manhattan on Wednesday. “It was about celebrating my relationship with Harper.”

The designer’s eponymous ready-to-wear label, which bowed in 2008, was followed three years later, by Victoria, Victoria Beckham, a lifestyle collection with a more accessible price points. “I always describe VVB as the younger sister to the rtw,” she said. “It’s a range that reflects what I think of as the more playful side of my own style.” Victoria Beckham x Target embodies both the refinement of her rtw line and the “fun, full of character side of VVB,” she said.

Beckham’s daughter, who is five years old, inspired the collection in several ways. “It’s about the things we did, like press flowers,” said the designer, who features in the collection a clear plastic raincoat edged in black and pockets filled with pastel pieces that look like petals.

There are mommy-and-me versions of a black dress with a white collar with a rabbit on each point. “I know what Harper likes to wear; kids want to be comfortable. I’ve taken everything I learned as a mum and put it into the collection.”

Victoria Beckham x Target has a whimsical aspect with a teapot print fabric for infants and dresses made from a painted English flower print. The line was previewed for the press in an environment where live models stood amid Edward Scissorhands-style topiary of rabbits and teapots.

“She loves ‘Alice in Wonderland.’ Children’s dress-up dolls are about my shared experiences with Harper,” Beckham said.

Other Beckham signatures are represented, such as scalloped edges seen in a dramatic black-and-white skirt and bumblebees, a recurring motif.

“We did a Victoria Victoria Beckham dress with embroidered bugs and I wanted to take that concept to the Target collection,” Beckham said. “We went back and forth about how to make that work within the cost constraints.”

Target is doing things a little differently for the Victoria Beckham x Target launch. Events for the Red Card loyalty program will take place at five stores across the country with 100 members and their guests invited to shop the collection on April 8. Parties held during the day and after-store hours will feature tea carts and passed nibbles.

“Before we go live, store [employees] will wear T-shirts and badges and we’ll have signs to herald the launch,” said Mark Tritton, chief merchandising officer. “We’re taking the idea of the whimsical English tea garden theme and putting tea carts in stores.”

In another departure, products for mothers and daughters will be sold together. “It will be a big, bold brand statement for Victoria Beckham,” Tritton said. “You’re going to see a lot more merchandising innovations.”

Beckham also will sell her Target collaboration on her own web site, which will give Target access to the British designer’s international customers.