The designer sells 30,000 pairs of socks each year to specialty stores and branched out into a full lifestyle collection about a year and a half ago. 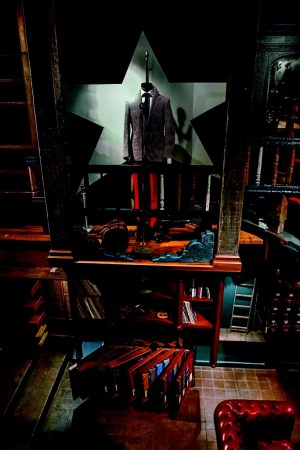 Vivek Nagrani flies under the radar.

The owner and designer of VK Nagrani started his business in 1999 with 312 pairs of colorful socks, all he could afford to produce his first season. But since that time, he has become the best-kept secret of some of the country’s finest high-end men’s specialty stores.

Will Levy, president of Oak Hall in Memphis, said Nagrani helped the store survive the recession by injecting some fun into a somber time with his brightly patterned socks and out-of-the-box imagination.

With Nagrani’s nudging, Oak Hall threw its first Knock Your Socks Off “fun-raiser” to benefit the Boys and Girls Club of Memphis. The event was a success, and it has continued since then.

The designer also visits the store for trunk shows twice a year, where customers stream in to meet him and try out his latest sock and underwear creations. “We never had a sock vendor pay that kind of attention to our store,” said Levy.

Nagrani now sells 30,000 pairs of socks each year to specialty stores and branched out into a full lifestyle collection about a year and a half ago. The VK Nagrani line includes everything from polo shirts to suits and outerwear, all designed with function in mind. Suits are blue and gray only, because he believes other colors are unnecessary. Ties are also offered in a small number of solid colors. Pajamas are lined with T-shirt fabrics. Lightweight outerwear can be folded up and put in a suitcase, and there are the requisite pockets to hold all of today’s electronics. Pocket squares double as a cell phone cleaner.

“Everything has to serve a function,” he said.

With his history of success at Oak Hall, it’s no surprise then that the retailer was the first to install Nagrani’s latest brainstorm: a Brand Experience Center. The 300-square-foot shop, which opened Dec. 1, is created out of an intriguing mix of local antiques such as a postal sorter from the 1800s to hold the socks, hinges from a piano from the Grand Ole Opry, stadium seats from the University of Tennessee in Knoxville and an old TV cabinet with rods from Memphis’ famous Peabody Hotel added to hold the tailored clothing.

“When you sell luxury items, you’re selling something that nobody needs,” he said. “The consumer today is not broke, we’ve just taken the joy out of shopping. So we’re building these Brand Experience Centers to tell a story.” He even produces a book with detailed photos and descriptions of the pieces used in the shop as talking points.

In 2014, Nagrani expects to install 12 to 14 BECs in other retailers including Mario’s, the Mitchells Family of Stores and Stanley Korshak. Each shop will be unique and incorporate antiques and special pieces from the local area.

“This is not just about selling product,” he said. “It’s about sharing a story. Men have to be in the mood to shop.”

It worked at Oak Hall, although Levy admits he was skeptical. Since the shop opened, business has more than doubled. Sales of patterned socks are up 50 percent, underwear is up 150 percent and sleepwear 300 percent.

The shops are designed by Hecho Inc. and are installed in “dead spaces” at the retail stores. “I told them to give me the worst space in the store, and it’s my challenge to convert it to something profitable,” Nagrani said.

“Department stores are constantly on sale, customers just want to run in and run out,” he added. “And then there’s the Internet. Specialty stores are not chic, cool or fun anymore. We want to change that and help them increase their business. We need to keep pushing the envelope.”