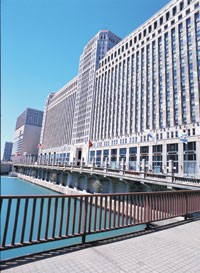 NEW YORK — The best way to look at the investment choices of the secretive Vornado Realty Trust is perhaps not as a real estate investment trust, but as a bank.

“Vornado is an opportunistic finance company,” said Christopher Capolongo, an analyst at Deutsche Bank. “It has all these different types of investments, and that’s something that some companies aren’t comfortable with. But if you truly know what real estate assets are worth and can underwrite them properly, you can buy a company, buy assets, or lend money to those who want to buy assets. You can play in different parts of the capital structure. Ultimately what it boils down to is, what is the real estate worth?”

The real estate of Toys ‘R’ Us clearly had the right value and the right price tag. Vornado, which declined to comment for this story, joined Bain Capital and buyout firm Kohlberg, Kravis, Roberts & Co. to acquire the retailer for $6.6 billion in March. It will provide about $450 million in equity for Toys ‘R’ Us, which owns 1,500 stores worldwide and reported sales of $11 billion in 2004. Vornado beat out Kimco Realty Corp., another REIT with a history of investing in retail companies, for the winning bid.

But Vornado’s history of investment stands apart from Kimco’s, even though they occasionally go after similar deals. Kimco owns 100 million square feet in neighborhood and community shopping centers and primarily owns, manages and develops its own properties. Its Retail Property Solutions Group separates itself from the company as an investment arm that buys into struggling retailers — past clients include Ames, Montgomery Ward, Gottschalks and Service Merchandise — and then sells off the underperforming real estate, at a profit.

Simon Property Group, one of the most venerated retail REITs in the industry, also participated in the Montgomery Ward deal in 2000, and according to president and chief operating officer Richard Sokolov, “We are certainly open to exploring more of these investments if they make sense to us.”

Most REITs that play in alternative investments have more rigorous rules as to their property types. “We’re very focused on making sure that each of our platforms is rooted in our retail business,” said Sokolov. “We’ve been very disciplined in that our different platforms are rooted in the same philosophical base.”

“They’re focused on finding retail opportunities where they can add value, or they pay up for irreplaceable real estate that has rents that are below market. Then they can increase their yield in the future,” said Capolongo.

Although a different management team heads each division, Vornado executives seem to operate under a single strategy: If the base real estate has value, no matter what kind of real estate it is, they want it.

“They’re focused on finding retail opportunities where they can add value, or they pay up for irreplaceable real estate that has rents that are below market. Then they can increase their yield in the future,” said Capolongo.

For example, at the end of March, Vornado paid $6,647 a square foot for the former Westbury Hotel on Madison Avenue, home to Cartier, Chloé and Gucci, among others. By comparison, the biggest real estate sale in Manhattan in 2004 was the Plaza Hotel, which traded for less than $260 a square foot. Other commercial buildings have sold for as much as $600 a square foot, but are missing the last zero of Vornado’s Madison Avenue acquisition.

Downtown, the company recently bought two parcels of land in SoHo at 500 Broadway and 501 Broadway. They’re located near a third in which Vornado has an interest and could be used to create an urban shopping center within an existing urban retail landscape.

Vornado has experience developing such contiguous retail space on high-profile streets. On West 34th Street, for example, the company purchased old stores and restaurants from Dennis Reiss then redeveloped the parcels to house Foot Action and H&M, among other stores.

“They’re long-term players,” said an industry source. “They’re going through various scenarios. It’s [the SoHo acquisition] not going to be a big box like Target. It could be a bigger fashion user, home furnishings or a bookstore.”

Sources said that Vornado is surely thinking about turning the square footage above the ground floor retail space into condominiums, as it may be the best use for the property. It wouldn’t be Vornado’s first residential play, but it does not have a large residential portfolio.

“Economically, what Vornado is trying to figure out is what will bring bigger returns,” said a real estate executive. “They’re tough, have a great vision and a good handle on the pulse of the retail world. In terms of the scale of the space they have the ability to pull off something exciting.”

Still, Vornado’s retail portfolio only contributed about 20 percent of its earnings last year. Its office portfolio brought in 60 percent of its EBITDA, and the Merchandise Mart 13 percent. But given the speculation about Vornado’s involvement in other retail deals — it also owns 4.3 percent of Sears — its focus on retail could increase.

“It can invest in so many pieces of the business,” said Capolongo. “It’s more flexible than most other companies.”