Louis Vuitton is making a grand statement with its new flagship in NorthPark Center, and not just because it’s the brand’s biggest store in the city. 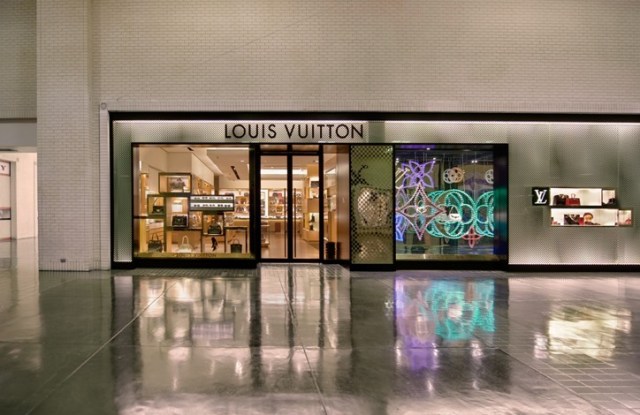 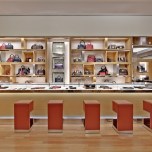 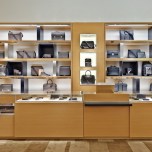 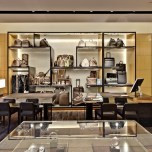 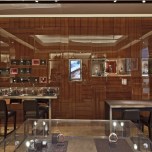 DALLAS — Louis Vuitton is making a grand statement with its new flagship in NorthPark Center here, and not just because it’s the brand’s biggest store in the city and the first to carry watches.

The airy space features a two-story glass wall that faces the serene formal garden in the middle of the mall. It’s the first store to make the most of its proximity to the 1.4-acre park, which transformed a former parking lot when the mall expanded three years ago.

It’s also one of only three U.S. stores to feature a significant work of art, a sinewy bronze sculpture called “Suitcase in Exile” commissioned from French artist Vincent Dubourg.

“The garden was a big inspiration for us when we walked the mall with the owners looking at the opportunities,” said Daniel Lalonde, president and chief executive officer of Louis Vuitton North America. “We felt this was the right concept for Dallas to have a store that is very different and tied into the world of art, in line with the center, which is very contemporary and art-inspired.”

Vuitton’s facade along the interior hallway of the mall is also striking. An Op Art take on the popular Damier pattern, it features a wall of checkerboard glass positioned inches away from a matching black-and-white checked wall. As the viewer walks past the store, the pattern appears to move and swirl.

The two-story atrium at the rear of the store towers over a shoe and bag salon. A prominent handbag bar and sunglass wall are at the front of the store, along with small leather goods, jewelry, men’s shoes, ties, bags, agendas and accessories. A boutique leading to the rear atrium displays watches and luggage, including antique trunks.

Vuitton’s mall entrance opens onto an interior court with monumental kinetic sculptures and neighbors, including Oscar de la Renta, Lacoste and Hervé Léger, which is slated to open this fall.

Over the past two years, Vuitton has been investing in Dallas. Only a year ago it renovated and expanded its store inside Neiman Marcus, which is steps away from the new flagship.

Vuitton renovated its 3,800-square foot freestanding store at Galleria Dallas about 18 months ago. Vuitton also has a boutique Saks Fifth Avenue at the Galleria and at Neiman’s in Plano, a Dallas suburb.

“Dallas has been a very resilient market for us even over the past 12 months,” Lalonde said. “It’s a market that has accepted Vuitton very well, and we feel strong potential to build the brand in this market.”