Wal-Mart Moves Forward on Made in USA Push

The retail giant has been making good on its pledge to spend $250 million over 10 years on products made in the U.S. 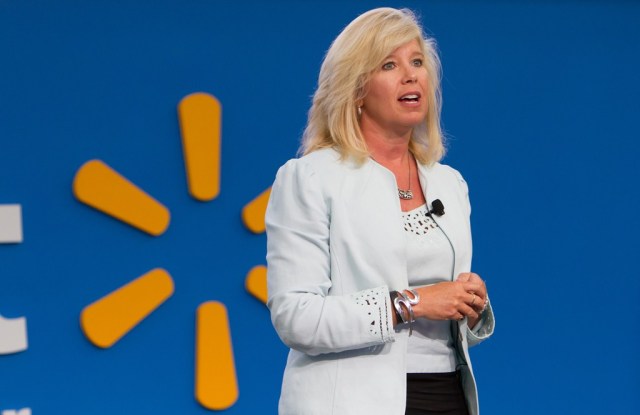 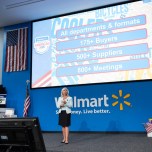 Wal-Mart Stores Inc. has been making good on its pledge to spend $250 million over 10 years on products made in the U.S.

Since the initiative was launched in January 2013, the retail giant has been forging ahead. In July, Wal-Mart held its first open call for products made in the U.S. The event attracted 500 suppliers and generated 800 meetings. Buyers had their pencils out.

“Over half of the 800 meetings resulted in some form of move forward,” said Michelle Gloeckler, executive vice president of the consumables division and U.S. manufacturing lead for Wal-Mart.

In August, Wal-Mart held its second manufacturing summit in Denver, with the goal of boosting American manufacturing.

“Jump-starting the manufacturing industry and rebuilding the middle class requires a national effort by companies, industry leaders, lawmakers and others,” Wal-Mart said on its Web site. “Together, we can help spark a revitalization of U.S.-based manufacturing. By making production more affordable and feasible in the United States, we can bring our customers more U.S.-made products and manufacturers can create more jobs in America.”

Gloeckler said, “This is more than just an initiative. It’s good for our business. My primary role is as a merchant and I get to see first hand the economics — how we source merchandise at the best price. I learned that the U.S. is compelling and can be competitive. I think the numbers speak for themselves. There’s been an increase in the number of meetings and a continuous pipeline of products coming in, whether they’re being re-shored or are new to Wal-Mart. We’re making goods closer to the point of consumption.”

The retailer and its existing suppliers have 150 active re-shoring projects in various stages of development. Wal-Mart is on track to meet the goals of its 10-year plan.

“If we can accelerate that, it’s in everyone’s best interest,” said Gloeckler. “Our role is to facilitate and accelerate. The progress in the things we announced is that they are selling and are competitively priced. We’re happy with the things that have re-shored in the past year.”

Apparel and textile production is a key part of the Made in U.S.A. manufacturing initiative. Gloeckler said softlines executive vice president Andy Barron told her that “‘there were some significant [apparel] presentations during the [open call].’ We previously announced a lot of re-shoring of socks and simple textiles. Our buyers are currently working through the apparel and textiles they looked at during the open call. It remains to be seen what the production capabilities are. Fashion [has to be the right] price point to represent value.

“Apparel manufacturing costs today do include high labor and as such, wage costs,” Gloeckler added. “However, the shifting economics around the globe in wages, productivity, automation and energy, among other factors, are among the factors suppliers are considering in their location selections.”

The seven recipients, unveiled at the Denver summit, include everything from innovations of thread count-based fabric motion control, a critical enabling technology for the automated production of sewn goods at Georgia Tech Research Corp. to Indiana University-Purdue University’s acceleration of the industrial implementation of metal 3-D printing.

Wal-Mart this summer launched a Made in America specialty store on walmart.com that features a video montage of factory workers doing their jobs. Products are listed by category, including apparel, jewelry, sports and recreation, household goods, furniture, pets, toys and baby. The site’s offerings have been greatly expanded in the fall with hundreds of products in most of the categories. Apparel features mostly socks and jeans made by Round House.

“Because of digital, it’s so easy to get online,” Gloeckler said. “As soon as shipments are ready to go, we can start servicing the customer with them immediately. We’re working with suppliers to highlight that the product is made in the U.S. We’re seeing more awareness of Made in America. We continue to expand our online shop. We launched a new customer experience for our Web site. It’s easier to navigate. We’re adding digital assets, showcasing the factories and telling customers more and more about how and where the products are made.”

Gloeckler said Wal-Mart has signed multiyear agreements with some suppliers to give them the certainty to invest in the U.S.

“For folks that are re-shoring, it takes capital to buy or lease a building and bring in machinery,” she said. “We asked our buyers to be more flexible and asked them to understand [suppliers’] production output. Maybe they can’t produce the supply for 4,000 stores. Maybe we can [help them] look at things differently.”

The Denver summit was bigger than last year’s, with more than 1,400 people registered. Last year, 38 states were represented and 300 meetings took place. This year, companies from 42 states were in attendance and 400 pre-appointed meetings were scheduled. Wal-Mart provided a free education series on topics such as contract manufacturing, economics on a broad scale, robotics and automation, and the energy advantage, with specific details around the fundamentals of energy costs. The Pennsylvania governor’s team led a class on site selection.

“Over the last 18 months, suppliers have told Wal-Mart that their biggest obstacle is finding component parts,” Gloeckler said. “Factories with capacity and flexibility will display their parts at the summit at 85 trade show-style booths. We believe suppliers will come prepared and see how competitive the U.S. is on component parts. Some factories make us finished goods and can run component parts for other uses. The hope is that they can become contract manufacturers for Wal-Mart suppliers looking to produce in the U.S. We think it will rejuvenate the supply chain.”

In subsequent years, Wal-Mart became a leader in sourcing overseas, establishing a centralized purchasing system, technological infrastructure and links to foreign factories that other companies copied and built on. Wal-Mart’s timing now may have caught a wave of re-shoring that was already in motion. Rising labor costs in China have prompted some of Wal-Mart’s suppliers to bring manufacturing back to the U.S.

The company has stressed that it doesn’t own Made in America.

“We see other retailers moving into the same space and we like that,” said former Wal-Mart U.S. chief executive officer Bill Simon. “This is not a Wal-Mart issue; its not a supplier issue; it’s an American issue.”

“We invited other retailers to our summit,” Gloeckler added. “We would invite the industry to lead on this. Making things locally is good for customers and we believe it will benefit everyone.”