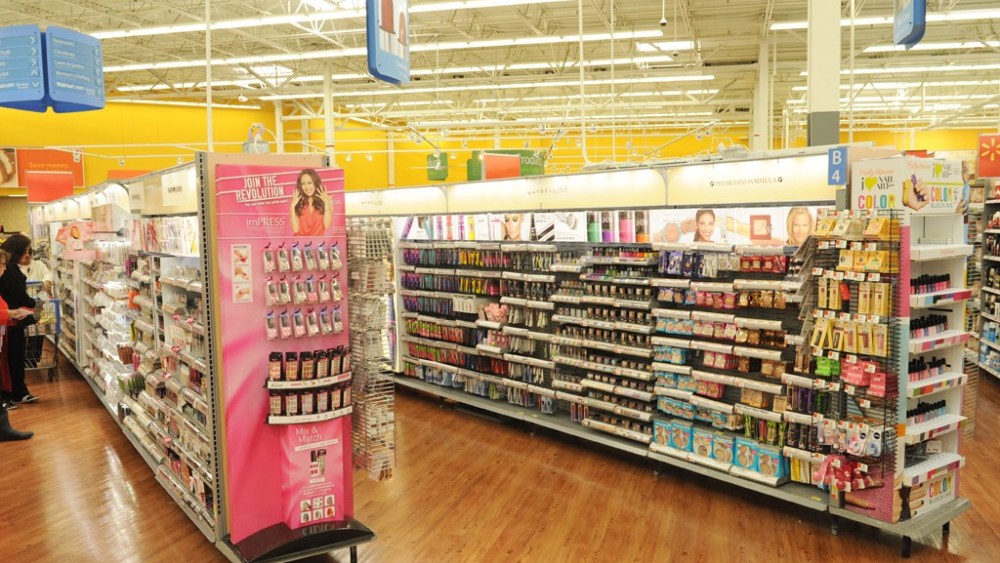 SECAUCUS, N.J. — Wal-Mart’s beauty department is undergoing big changes. The retailer’s latest prototype began rolling out to the chain’s 4,000-plus stores earlier this year, and Jody Pinson stepped in as the new head of beauty. She replaces Carmen Bauza, the architect of sweeping improvements in Wal-Mart’s beauty department, who is transitioning to a new role as senior vice president, OTC health & wellness.

Pinson is a 23-year Wal-Mart Stores Inc. veteran who was most recently vice president of pet care, leading the chain’s U.S. merchandising strategy and team of buyers. Pinson, who assumed the role of vice president merchandising beauty in January, sees similarities between the two categories. She told WWD, “Beauty is a category with such passion and people are also passionate about their pets.”

Wal-Mart’s vendors hope Pinson can take the baton from Bauza and run with it — continuing to elevate the ambiance and selection across the chain. If her past is any indication, beauty will become even more powerful. “She was highly regarded for what she did with pet,” said one cosmetics vendor who asked for anonymity. “Wal-Mart has one of the best departments in the business. She embraces what she does.”

Beauty companies also expect her to follow Bauza’s style of building solid partnerships. “We look forward to collaborating with Jody and build upon the strong spirit of partnership that was initiated by Carmen and the exceptional team in beauty,” said Shawn Haynes, vice president of sales at E.l.f. Cosmetics.

Under Pinson, the brand has new spinner racks in 300 Wal-Mart stores.

The two most notable changes in the new planogram are Drew Barrymore’s cosmetics brand Flower, which is found in 1,500 doors, and brightly hued nail departments in the chain’s more than 4,000 units. The nail department is at the front and center of the department, which features faux wood floors and angled gondolas to give the appearance of a boutique within the store.

Like Bauza, Pinson is firmly focused on the shopper. “We are going to continue to provide the broad assortment of good, better and best, and let customers make their own decisions.” And, if more prestige products don’t come to Wal-Mart, the retailer will go get its own upscale products, as evidenced by Flower. By many estimates, Wal-Mart rings up at least $2 billion to $4 billion in sales, making it the biggest player in mass cosmetics.

Pinson said Flower is proving it was the right fit for “aspirational” shoppers at Wal-Mart. “Overall consumer reaction has been positive to the new line [Flower],” Pinson said. In particular she singles out LED lighting attached to each shelf, creating a beacon beckoning shoppers to the four-foot section. Die-cut shelf talkers also jut out from the display to attract women surfing the aisles.

Consumers shopping the bustling Supercenter here were attracted to the upscale packaging of the line and the no-animal testing philosophy. Flower consists of 181 stockkeeping units priced from $4.98 to $13.98, featuring on-trend items such as a BB cream. Industry sources believe Flower’s first-year retail sales could hit $50 million via in-store and walmart.com purchases.

The new nail assortment in the refreshed department ranges from four feet to 24 feet, and is designed to send the message Wal-Mart wants to be the destination for nail. According to Pinson, there are 40 vendors in nail new additions such as Sinful Colors, Salon Perfect, Duri Cosmetics and Rock Cosmetics. The display also includes implements, hundreds of colors, artificial and serious nail-care solutions for problems such as fungus.

“We are making the department more shopper friendly. We have new brands and new choices to keep it fresh,” said Pinson, who doesn’t see an immediate end in sight for the nail frenzy. Should nail-care sales wane, the display can easily be retrofit for other categories.

For the most, nail care is by far the hottest category in mass beauty, with sales up 17 percent to $1.6 billion, according to Symphony IRI Group information for the three mass channels for 52-week period ended Dec. 30. Nail color exploded more than 24 percent during the same time frame.

The entire nail department is illuminated and there are multiple nail displays across the entire health and beauty care area.

Other notable departments include a large self-service fragrance area with prestige scents in clamshells to prevent theft. Also, there are ample ethnic selections including Iman and Cover Girl Queen.

To clear space for Flower, more nail choices and other lines, Pinson said decisions were made on a store-by-store basis where to edit. From observations, some stores now have a tighter assortment of Hard Candy; some others have reduced. The selection is vast and includes Cover Girl, Revlon, Maybelline, L’Oréal, Milani, NYC, Neutrogena and Bonne Bell.

In most cases Wal-Mart did not exit any brands — a lesson it learned two years ago when it eliminated a number of lines and customers quickly demanded their return.

In the past, Wal-Mart experimented with in-store virtual makeover tools. Pinson said the program is not being expanded at this time. But she is prowling for the best ways to meld smartphones, advertising and displays including the use of quick response codes.