Retailer is experimenting to see if the makeup line has the brand equity to broaden into junior categories. 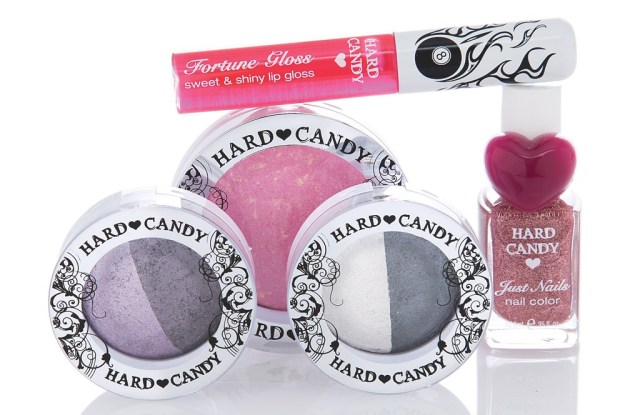 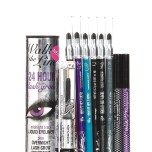 Wal-Mart is experimenting with Hard Candy to see if the makeup line has the brand equity to broaden into junior categories.

This story first appeared in the August 30, 2011 issue of WWD. Subscribe Today.

According to sources, Wal-Mart, which is licensed to sell the Hard Candy makeup line exclusively, has already asked some vendors to develop Hard Candy products to test in the stores in a variety of categories, and may have some other private label strategies brewing to further bolster its junior department. But they cautioned that the Hard Candy strategy is preliminary, products in the pipeline are “prototypes,” and that there’s nothing final at this time.

“We’ve made no announcements regarding Hard Candy or a juniors brand. I cannot confirm the rumors you have heard,” a Wal-Mart Stores Inc. spokeswoman conveyed in an e-mail.

Capitalizing on the popularity of the brand to strengthen juniors seemingly diverges from recent indications from Wal-Mart executives that its apparel assortment would bank more on basics than fashion in the future. However, “This time Wal-Mart is going strong into the young juniors market. They haven’t really done that before. It’s quite a fashion turn,” said one market source who believes Wal-Mart could add some private labels in juniors. “Wal-Mart is going basic in missy, junior career and plus sizes and now developing a fashion junior business. White Stag does offer some trend-right acid washes, but Wal-Mart has never gone too young.”

Finding the right balance of apparel basics and fashion items has long eluded Wal-Mart, but it’s critical. The chain needs to elevate its productivity after a prolonged period of weak same-store sales results, and needs greater fashion appeal as it expands deeper into urban areas where it will compete directly with Forever 21, H&M and other junior-oriented, trendy chains. To be more competitive, Wal-Mart hired Lisa Rhodes, former head of the Maurices junior chain, as senior vice president of apparel about a year and a half ago, when the apparel team was being overhauled.

“Cosmetics and beauty is actually setting the standard at Wal-Mart that apparel should be following,” observed Carol Spieckerman, president of Newmarketbuilders, a retail strategy firm based in Bentonville, Ark., where Wal-Mart is also based.

“Wal-Mart has not only been getting prestige brands in beauty but also boutique brands that have followings,” Spieckerman added, citing Kinerase as an example. “The idea of tying beauty brands to apparel would be brilliant. Wal-Mart has lacked continuity in terms of brand stories that travel around the store. They don’t have any true lifestyle brand. There is an opportunity to look at a brand like Hard Candy as a lifestyle brand and drive continuity between beauty and apparel. Kohl’s, Macy’s — those retailers have been extremely brand aggressive.” So has Sears Holdings Corp., which operates Sears and Kmart, which has advanced its junior program in the past year with the additions of the Dream Out Loud by Selena Gomez, Bongo and Glo labels, as well as offering Joe Boxer.

“Wal-Mart has sat on its hands from a brand perspective. It’s definitely time to make some bold moves,” Spieckerman said.

At the Wal-Mart annual meeting last June, Bill Simon, president and chief executive officer of Wal-Mart U.S., hinted that some new fashion offerings will be unveiled soon but did not specify. “We’re making progress as we rebuild our assortments and remodel,” he said. “We’ve made improvements in food and consumables and are working our way across general merchandise. Some things take a little longer, like apparel. Hopefully, not the same 10 years it’s taken already. I’ll be talking to you about some plans as it gets closer to October.”

However, Simon did say the apparel assortments would gravitate more toward basics and less toward fashion in the future.

“I see a lot of women shopping Wal-Mart but I don’t see a lot of juniors,” shopping the store, said one executive from a major discounter. Elsewhere in big-box retailing, “juniors seems to be a good business.”

“Hard Candy is fun and it’s edgy,” said one fashion director from an upscale store, indicating why it could make sense for Wal-Mart to expand the brand beyond its beauty assortment which is extensive at Wal-Mart, and includes eye liner, lipstick, lash growers, blush, eye shadow, moisturizer, mascara, nail polish, cuticle oil, tanners and body luminizers.

Hard Candy was founded by sisters Dineh and Pooneh Mohajer, and Benjamin A. Einstein in 1995. The brand was acquired by LVMH Moët Hennessy Louis Vuitton in 1999, which later sold it to Falic Fashion, which took the brand mass in 2009 with its partnership with Wal-Mart. Originally, Hard Candy was sold at upscale stores like Fred Segal and Nordstrom.